Adopted: A Testimony of Family Expansion

Religion that is pure and undefiled before God the Father is this: to visit orphans and widows in their affliction, and to keep oneself unstained from the world. (James 1:27, ESV)

Yet you do not know what tomorrow will bring. What is your life? For you are a mist that appears for a little time and then vanishes. (James 4:14, ESV)

This is a true story about the adoption of an unruly child. Would you take in a child whom you knew blasphemed God? What if he stole, could be violent, had run-ins with the law and a history of being a drunkard? Would you take him into the sanctuary of your home and make him your child and promise him an inheritance?

But First, the Happy Ending

Our decision to adopt six children from Latvia was not premeditated. My wife and I did not plan on it. It was not even our idea. God did it. He started with our oldest daughter, who was then 13. In early fall of 2013, she approached me after dinner one work night to tell me that people in our church hosted orphans for Christmas. I had little idea what she was talking about. She asked if we could host a child over Christmas, to which I responded with classic Dad avoidance: “I’ll think about it.” 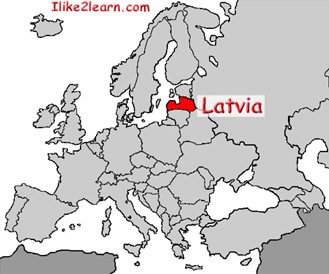 A few days later, my daughter returned with her three younger siblings in tow. “I’ve talked to the other kids, and we all agree that the only thing we want for Christmas is to host an orphan.”

“Hosting” is a niche, nonadoption ministry that matches families with foreign orphans. It provides orphans with an opportunity to enjoy Christmas with a family in a foreign country. Officially, it is not an adoption ministry. In fact, you are prohibited from talking to the children about adoption. In reality, though, hosting is all about adoption. Most of the children available for hosting are available for adoption, and families typically host for purposes of evaluating the child or children for adoption or for championing the child to find an adoptive family. There are far more children available each summer and Christmas for hosting than there are willing host families. We told our children that we would agree to host one young small, “safe” girl, and would not interrupt our birth order. My wife and I pursued hosting through Open Hearts and Homes while several families at our church hosted through New Horizons for Children. 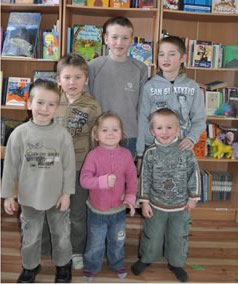 As is often the case, God’s plans were different from our plans. We had safe, predictable, small plans; He had bigger plans—plans we never anticipated (Isaiah 55:8–9). Exciting, troubling, faith-stretching, and incredible plans for us. We ended up hosting six children from Latvia, five boys and one little girl, all biological siblings that completely intermixed the birth order of our children. Like I mentioned, we were not planning on hosting, let alone adopting, and let alone adopting a large sibling set and doubling our family size.

With trepidation, we prepared our hearts and home. An experienced adoptive mother’s forewarning that we should expect the children to “rock your world” turned out to be an understatement. There was never a dull moment. We swam, played in parks, decorated a tree, exchanged Christmas presents, ate at Chick-fil-A, watched Frozen, and played a lot at home. We exchanged countless hugs, sang “Thank you, Jesus” before meals, and helped them learn to pray—the first night only one prayed aloud but by the last night they all did. We saw the bigger ones learn much of The Lord’s Prayer in English, and we learned some of it in Latvian. There were many discoveries—a bathtub, vacuuming, new shoes, and peanut butter. Most importantly, there were new relationships. We hugged and bonded. They called us Mom and Dad. There were wonderful, loving times, and there were dark, fearful times, sometimes mere hours apart. 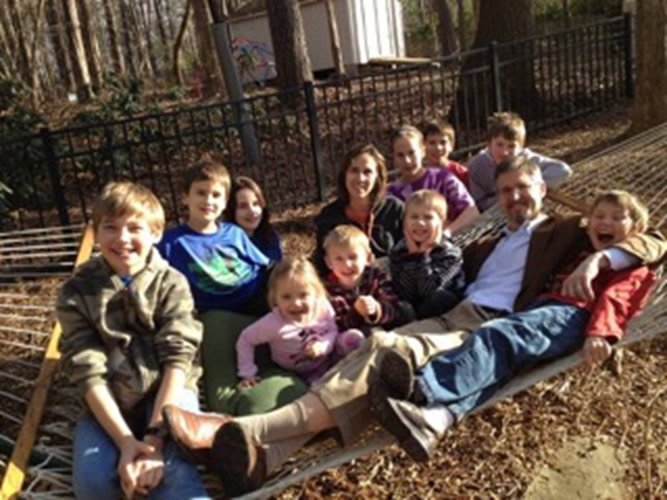 Then the visit was over. We parted 30 days later from the same place we first met—the airport. Thirty days earlier there had been awkward smiles, nervousness, and very limited conversation. Now there were long hugs goodbye, many conversations, and tears. The littlest ones were confused. They walked down the jet bridge, waved one last time, and flew back across the ocean. We could not go back to the way things were. By His terrible and wonderful grace, God opened our minds further to what His love looks like: unconditional, total, giving.

God’s Word tells us that caring for orphans pleases God (James 1:27). God does not, however, require adoption. My wife and I are convinced that both the father and mother in a family must discern God calling them both to adopt. We did, but we were reluctant to hear. In our fallen natures, we had much fear and anxiety.

There was so much we did not know: potential disabilities, health and behavioral issues, a poor family history. It would take a lot of time and a lot of money, we were certain.

But there was also a lot we did know. The children had no family. They had no church surrounding them. The prospects for children that age out of orphanages are dim with high rates of drug addiction, prostitution, and suicide. Aside from a handful of loving orphanage workers, these children were generally alone in the world. Most importantly, we knew and experienced during hosting that God is there and He provides (Hebrews 13:5). He was in all the details. We have amazing stories of God blessing us through His people.

I was particularly compelled about the decision to adopt that wayward, troubled child I mentioned earlier. I would not adopt that child. No way!

This is a true story—and the child was adopted. Well, I guess it would be more appropriate to say that the young man was adopted. Because the wayward child was me. I was that bad person. And I was not only adopted but adopted into a royal and holy family I did not deserve (Romans 8:15; Ephesians 1:5). Perhaps you know exactly what I am talking about.

By His awesome grace, God chose me for His family. It did not take long in this adoption experience for me to realize how thankful I should always be that God isn’t like me or any of us. If He were, none of us would be adopted into His family. God adopted me despite my substantial and amply demonstrated deep flaws and failings. This adoption process drove home to me and my wife what it means to be adopted. If the eternal, holy God of the universe would adopt a wretch like me into His family, how could I have reservations about adopting a child into my own, especially when we felt God calling us to do so? The gulf between myself and any other child on this planet is nothing compared to the vast chasm Christ overcame in paying for our reconciliation and adoption.

A few folks called us “saints” for adopting six children at once. They are correct in the theological New Testament sense that we are “saints” because we have placed our faith in Jesus Christ as our Lord and Savior (Jude 3). In the colloquial sense, however, I can assure you that we do not feel “saintly.” What we experience is just what every other parent experiences; we’re just getting a more concentrated dose of it. Parenting and marriage exercise the fruits of faith. Or to put it less diplomatically, few things expose our fallen, self-centered nature more readily than parenting and marriage. At least that’s the case for me. Being an adoptive father of a large set of children has shown me more areas than I care to admit where I really need to be more like Christ and less like me. “Areas” is really too charitable: more like territories—Newfoundland-size territories.

While being stretched exposed our weaknesses, God yet again showed us that He is far bigger than our shortcomings. He provides beyond our weaknesses and beyond our expectations (Philippians 4:4–7). His hands and His feet were, and have been, so very real during our adoption. He is a mighty and awesome God who provides for His children following His way. We might not feel saintly, but we feel incredibly blessed with 10 beautiful children.

Two years after we took our children out of the orphanage, they are thriving beyond what we had dared to hope. He stretched us beyond what we would have done, and He provided beyond what we thought possible. We serve a holy and almighty God (Isaiah 6:1–5). He provided the way and loved all twelve of us abundantly, particularly through His people—the church (John 13:35; 1 Peter 4:10). 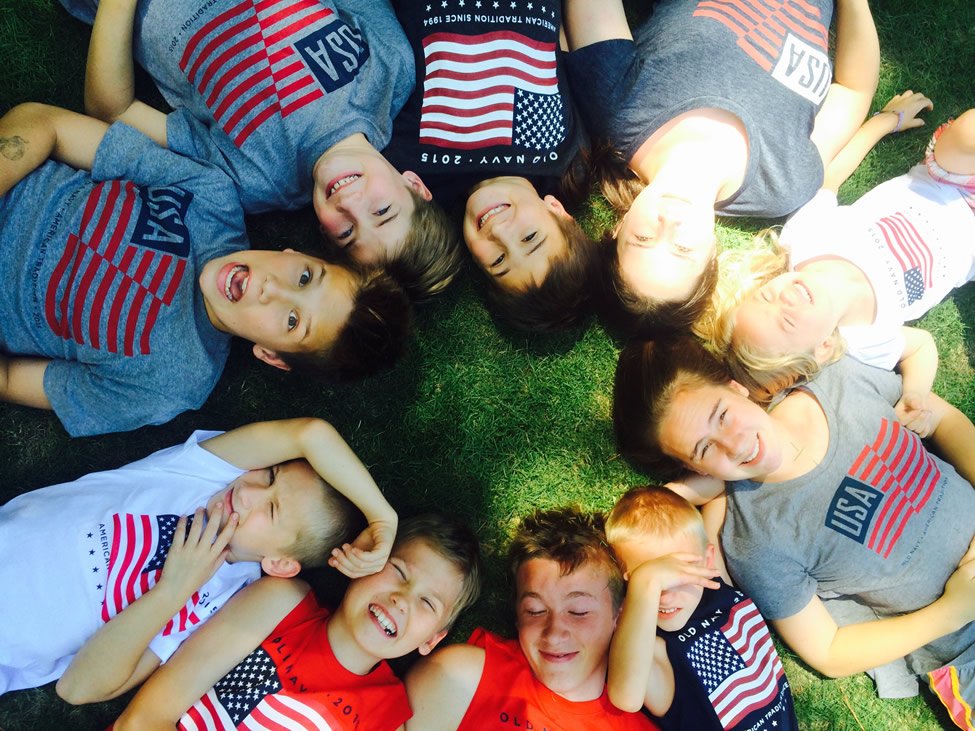 Would we do it again? Absolutely. In fact, we plan on hosting again this Christmas.

There are many children today yearning for a family, for a mother and father to love and protect them. November is National Adoption Month, and if you feel God’s calling to host or adoption, my wife and I encourage you to find out more about some wonderful ministries such as Open Hearts and Homes and New Horizons for Children. Even if this is not something you are able to do, you can still view the pictures of the many children, read their stories, and pray over these children. If you are considering hosting or adoption, pray hard and trust the God who sets the perfect example of love, provision, and adoption. It is not an easy journey, but we are glad we adopted. God provides.