One of a Kind Cave Critters?

Where do cave critters come from? Since any land animals that survived the Flood must have been aboard the Ark, how did animals uniquely suited to the subterranean world of caves come into existence? 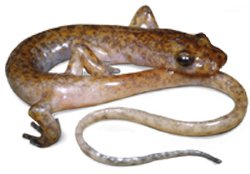 Many decades ago, creationist pioneer Frank Marsh suggested that cave species belong to the same created kind as regular surface-dwellers. A recent report by Matthew Niemiller and others confirms Marsh’s idea.* They studied the genes of three types of Tennessee cave salamanders and found that they are very closely related to the surface-dwelling spring salamander.