Stressed corals tend to expel their symbiotic algae, causing a whitish appearance and what is called “bleaching.” Several successive years of such stress can cause the coral to die. Corals in Kāne’ohe Bay, Hawaii have shown a high rate of bleaching this year. Scientists on a nearby island are hoping to help the corals cope with increasing temperature and acidity in the water that they attribute to global warming and a strong El Niño pattern this year. Others have begun attributing the bleaching at least partially to oxybenzone, a chemical found in sunscreen.1 Although the research is being conducted in the Hawaiian Islands, the observed bleaching is occurring worldwide, according to the National Oceanic and Atmospheric Administration (NOAA), though Hawaii is taking a harder hit than other areas—and for the second year in a row. They believe that up to 30% of the worldwide coral population has died already in recent years.

Man’s role in global warming aside, what can we as humans do to help corals survive and why should we want to? Scientists are testing a theory called assisted evolution on these corals. Of course evolution (of the corals-to-constable type) is assumed in this terminology, but what they are doing is what a biologist who believes in creation would be doing! They are taking healthy corals from amid the stressed ones and selectively breeding those that seem most resilient. They are exposing corals to stressors, such as increased acidity and temperature, in a controlled way and selecting those that respond best (based on their pre-existent genetic information) to new environmental variables that pose problems to their survival in the wild. What we see is natural selection against non-resilient corals in the wild and intelligent intervention by scientists via artificial selection of resilient corals to controlled stresses that will help them survive under adverse conditions. That’s good observational science, not evolution. 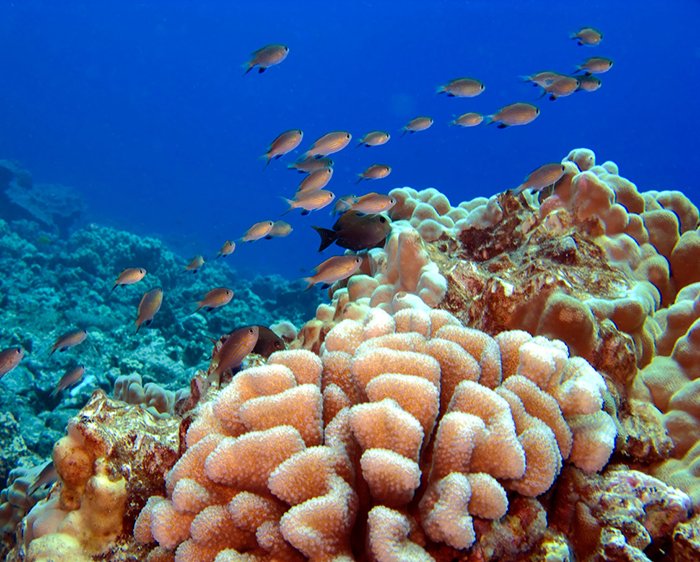 This sort of intelligent assistance (although not always called assisted evolution) has been going on “for thousands of years on other plants and animals,” but not in wild corals, according to the AP report.2 Indeed, centuries prior to both Gregor Mendel’s discovery of some of the rules of heredity and Charles Darwin’s On the Origin of Species in the mid 1800s, farmers had been selectively breeding plants and animals for hardiness and other desirable traits. Though desirable traits in agriculture aren’t necessarily only for the best—particularly for the plant or animal—survivability is a must, even if it means other desirable traits such as attractive appearance are reduced. In this case, both attractive appearance and survivability are one and the same. Though known for their beauty, corals aren’t exactly the first thing one might think needs to be preserved, particularly to those that don’t live near a coast. However, they are important as a beautiful creature that God created, as a habitat for many other creatures, and as a beneficial creature to us. They minimize wave impacts on shore from storms, and the algae they typically host provide a great deal of oxygen for our atmosphere.3

So we can applaud the efforts of these scientists that are hoping to “beat the heat”4 in breeding corals that can survive in adverse conditions, and hope that they are able to stay ahead of the bleaching. If there is anything to learn from this research, maybe it is a reminder that as believers we need to be good stewards of our energy and decrease effects we may have on the atmosphere. Also, calling this evolution does a disservice to the intelligent input of these scientists and, more importantly, to the intelligent design of our Creator God.