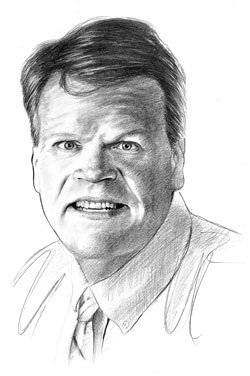 Did you ever play dodgeball as a child? It was one of our favorite games in grade school. I remember the morning recess bell, then running onto the playground and swarming to a big yellow circle painted on the pavement. Half of us got in the middle of the circle, and the other half stood around it. The kids on the outside threw rubber balls at the kids in the center. The more balls they threw, the harder it was to keep from getting knocked out of the game. But that’s what made it exciting!

In a way, that’s where the folks who study dinosaur bones and other fossils are today. Things have gotten very exciting.

As I’ve read many web posts about the big new dinosaur exhibit at the Creation Museum—the thirty-foot long Allosaurus skeleton, Ebenezer, which you’ll find pictured on page 62 of this issue—I’ve been reminded of my school friends standing in the center of a dodgeball circle. Evolutionists surround us, lobbing their ideas about millions of years and slow processes, trying to knock us out of the game. But those dodgeballs aren’t hitting their marks like they used to. Instead, the kids in the center are turning the old arguments around or bouncing them away with more and more exciting evidences that confirm the accuracy and truth of the Bible.

Christians need not fear the latest findings of secular scientists. When examined in light of the biblical worldview, they strongly support the accuracy of Genesis—just as Jesus Himself did. Here are just a few examples that support biblical creation:

There is no reason to be afraid of “dinosaur dodgeball.” The evidence is on our side, and it clearly confirms what the Bible has shown us all along!

P.S. The image on the cover of this issue was created especially for us by Ben Iocco. It’s what Ebenezer may have looked like when he was alive.

“For decades, dinosaurs have been the biggest attraction to promote “millions of years” at science museums. That’s why secularists were so confounded when creationists showcased an Allosaurus fossil at the Creation Museum. But these magnificent creatures are a testament to the all-powerful Creator. The recent, global Flood, as described in His Word, is a much better explanation for these fossils buried in vast sediment layers across the earth.” 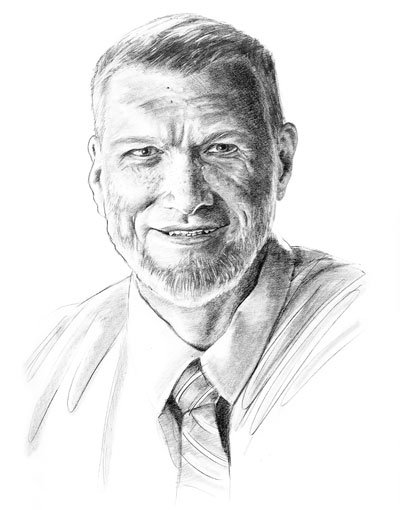