Image by Michael Dziedzic, via Unsplash. 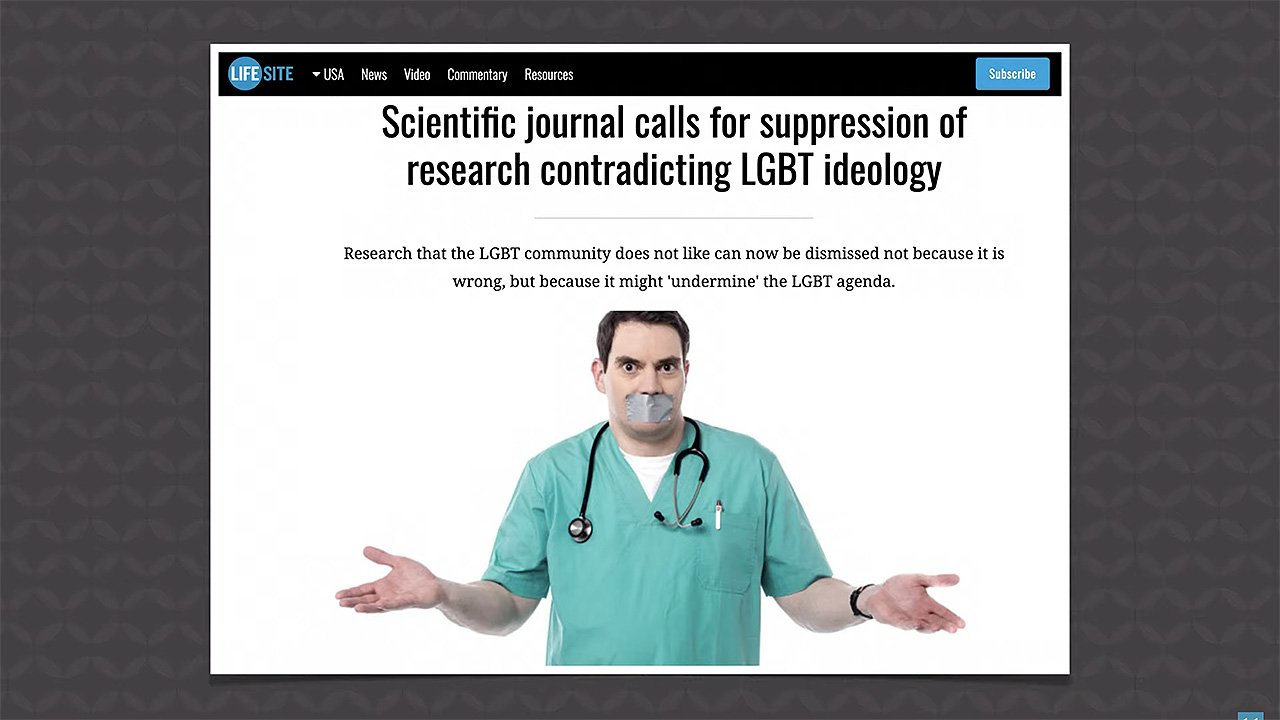 The journal Nature Human Behavior recently published an editorial titled, “Science must respect the dignity and rights of all humans.” This editorial, announcing a new policy regarding the journal’s editorial standards, puts into print what many scientific journals have already been doing—they may now reject or retract any research that is deemed “sexist, misogynistic, and/or anti-LGBTQ+” in an effort to encourage researchers “to promote equality in their academic research.” In other words, it doesn’t matter what the actual research says—what matters is advancing and preserving an ideology!

The editorial states, “Although academic freedom is fundamental, it is not unbounded.” Of course, by “unbounded” the editor means it can’t go against the status quo when it comes to so-called gender and sexuality studies (among other woke ideologies). Why? Because,

Harms can also arise indirectly, as a result of the publication of a research project or a piece of scholarly communication—for instance, stigmatization of a vulnerable human group or potential use of the results of research for unintended purposes.

So, the research doesn’t really matter to them at all!

So, the research doesn’t really matter to them at all! What matters is the “harm” (and who even defines harm?) that might come about if certain conclusions aren’t what LGBTQ activists would want!

As the byline of an article reporting on this states, “research that the LGBT community does not like can now be dismissed not because it is wrong, but because it might ‘undermine’ the LGBT agenda.”

You might say this is shocking and then ask: what happened to academic freedom? But this is nothing new—for many (many!) years now, secular academic journals have basically outlawed articles that would support creation or even question the basic tenets of the evolutionary belief system or millions of years. (We even had to fight for our highly qualified researcher, Dr. Andrew Snelling, to be allowed to collect samples to do his Grand Canyon research! It’s research which dramatically confirmed the history in God’s Word!).

It's a reminder that no one is neutral in their thinking. As Scripture teaches, “It is written: ‘None is righteous, no, not one’” (Romans 3:10). Science isn’t some neutral endeavor only concerned about the cold, hard facts and the truth. It’s ultimately driven by a worldview—and, sadly, it’s by and large an anti-God worldview that blinds them to the truth.

We’re constantly told to “follow the science” or “believe the science.” But “science” is flawed, makes mistakes, and, for many scientists, interpreted through the wrong lens (man’s ideas, including evolution and millions of years), and even outright suppressed because of an agenda! Instead of blindly trusting in man’s fallible research methods, we should trust God’s unchanging, unshakable Word.

I discussed this item Monday on Answers News with cohosts Dr. Kaia Kloster and Bryan Osborne. Answers News is our weekly news program filmed live before a studio audience and broadcast on my Facebook page and the Answers in Genesis Facebook page. We also covered the following topics:

Watch the entire episode of Answers News for September 12, 2022.