This grand castle is one of Scotland’s most popular destinations and a great place to visit while learning about the Scottish Reformation.

The Reformation of the sixteenth century is an amazing account of God’s faithfulness to His people. Those interested in the political and religious history of Scotland will be interested in visiting Stirling Castle in Stirling, Scotland, which played a key role in Scottish history and the Scottish Reformation. This grand castle which sits on top of an extinct volcano, 250 feet (76 m) above the plains, is one of Scotland’s most popular destinations.

Here, you will also learn about John Knox, one of the key figures of the Protestant Reformation of Scotland. Throughout the years, he admonished Mary Queen of Scots for supporting Catholic practices and denounced her in the sermons he preached in the castle and the parish church. Knox and Mary exchanged numerous heated discussions in the castle. Stirling Castle is also associated with Robert Bruce and William Wallace (as portrayed in the movie Braveheart), two of Scotland’s greatest patriots.

The nearby Holyrood Church (Rood means "Cross") is where James VI was crowned King of Scotland shortly after his first birthday. John Knox preached at this coronation. 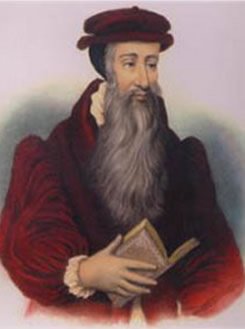 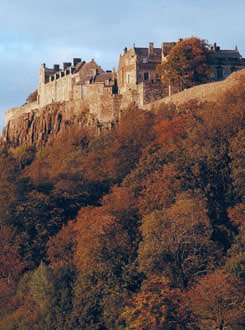