Towering above the flat landscape of Wyoming is a natural wonder of the world. Standing almost 1,300 feet (395 m) above the Belle Fourche River, Devils Tower naturally raises questions about its origin. A visit to this landmark provides a great opportunity to consider the massive forces at work during and after Noah´s Flood.

At the time Devils Tower was formed, the surface of the surrounding land was been nearly 3,000 feet (915 m) higher than it is today. Magma (molten volcanic rock) then pushed into place underground. After the magma hardened and cooled, the area was eroded away. Assuming the same slow processes we see today, evolutionary geologists believe it took millions of years to expose the tower.

But God´s Word reveals that a unique event changed the whole world´s landscape about 4,500 years ago. Noah´s Flood unleashed forces on a scale we have never seen before or since, including the rising magma. As the Flood waters drained, rapid erosion would have cut deep valleys, including the valley of the Belle Fourche River.

A Bulge or a Volcanic Plug?

Like many other mysteries in geology, we do not yet have enough clues to settle the question. But we do know—based on God's record of history in the Bible—that this event must have occurred just a few thousand years ago. 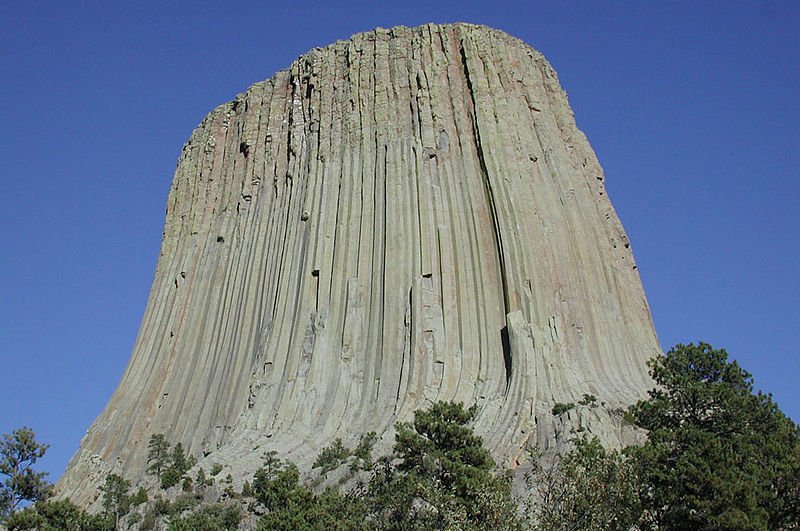 Because of the appearance of the surface of Devils Tower and the flat surrounding landscape, geologists believe the surrounding rock layers were washed away in two separate stages. The first event leveled the whole area to the height of the tower (a little above, actually), and the second stage eroded the remaining area into a wide valley, through which the Belle Fourche River runs today.

Geologists do find clues to help them solve questions about the origin of rock formations, but many mysteries remain. The key questions about dating can't be solved correctly without additional evidence from one true account of events back then—the Bible. 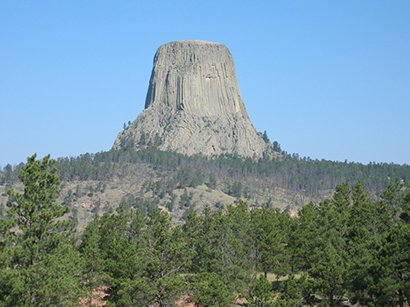 By Kevstan, via Wikimedia Commons

Devils Tower is made up of spectacular vertical columns of igneous (volcanic) rock with five or six sides each. At the base, these columns are about 7 feet (2 m) wide, and they decrease in size to around 4 feet (1.2 m) at their peak. The columns are composed of rock with fine-grained minerals that suggest they formed quickly and solidified at a shallow level. The columns of Devils Tower are nearly the same height, which suggests that the whole had once been a single magma pool but had contracted into separate columns as it cooled. 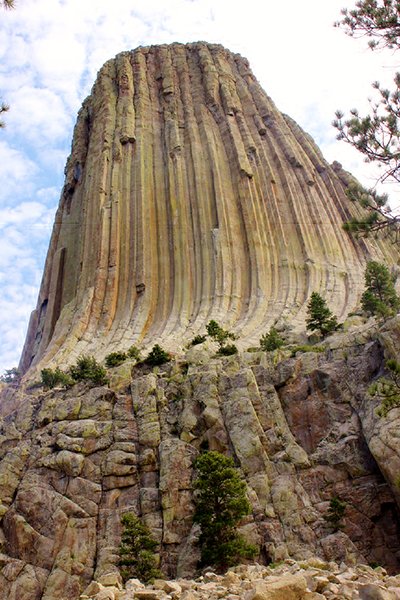 By Tinasuzanne, via Wikimedia Commons

Problems If the Erosion Took Millions of Years

If Devils Tower had been exposed through slow erosion over millions of years, we would not expect to find a tower like we see today. First, the whole formation should have eroded away (it is eroding quickly even today). Second, the formation should have cracked and broken apart due to the constant freezing and thawing each year. Third, the top of Devils Tower would be drastically smaller than its base, as erosion slowly removed more and more of the tower. These logical expectations speak against the old-earth interpretation and confirm the biblical age of just a few thousand years. 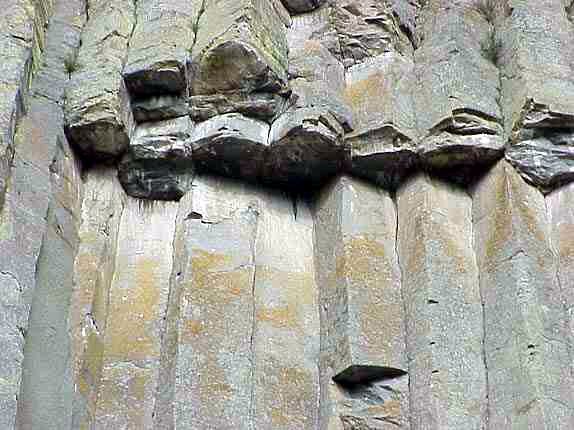