Visited by five million guests yearly, this expansive museum is a fascinating place to learn more about the cultures and empires from biblical times.

The British Museum is famous for its collection of nearly seven million displayed objects from around the world. Since its opening in 1759, the museum has grown both in size and popularity, and is now visited by five million guests yearly. Today’s visitors enjoy tours, special exhibitions, reading rooms, educational courses, workshops, children’s activities, and lectures of all kinds.

This expansive museum is also a fascinating place to learn more about the cultures and empires from biblical times. From the Egyptian, Assyrian, and Babylonian Empires recorded in the Old Testament to the Greek and Roman cultures of the New Testament, the British Museum holds something of interest for all guests, whatever their backgrounds may be. A trip to this one-of-a-kind place is sure to bring the pages of the Bible to life.

Empires and Culture of the Old Testament

The history of the Old Testament was greatly affected by the Egyptian, Assyrian, and Babylonian Empires. The culture Moses knew is reflected in the Egyptian galleries of the museum, and King Hezekiah of Judah was besieged in Jerusalem by the Assyrian king Sennacherib.

Assyria destroyed the Northern Kingdom of Israel in 722 B.C., and Babylon conquered the Southern Kingdom of Judah in 587 B.C. and took captive men, including Daniel, Shadrach, Meshach, and Abednego. Touring the many rooms dedicated to these great empires and cultures will help families understand how the people of Old Testament times lived and viewed their world. 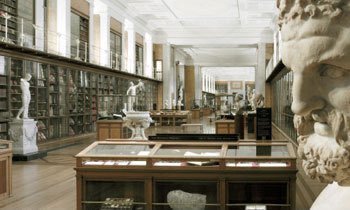 Just as Assyrian and Babylonian cultures influenced the people of the Old Testament, the Greek and Roman cultures impacted New Testament life.

The Greek Empire under Alexander the Great united the known world and spread the Greek language and culture around that world. Eventually, the Romans conquered the Greek Empire and interconnected it by roads from Gaul (France) to Judea and even beyond. The New Testament was written in the Greek language, and because of the conquests of Alexander the Great, Greek became the common trade language of the first century. The British Museum has extensive displays exhibiting the Greek and Roman cultures. 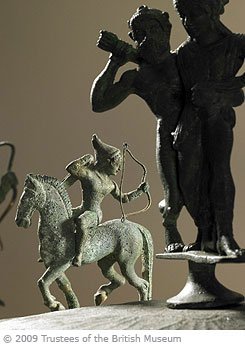 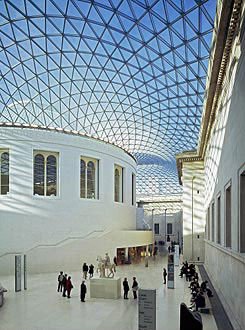