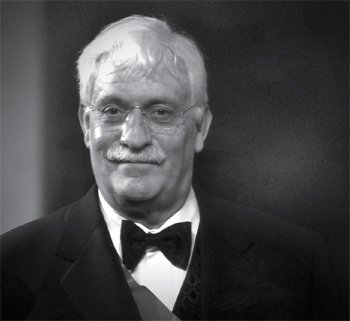 Dr. Raymond Damadian, the inventor of the MRI scanner, is a Christian and a young-earth creationist. His achievements are proof that belief in evolution is not necessary to do good science.

What drew you to studying medical science?

As an undergraduate, I majored in mathematics, and from that I went into medical school. I always had an interest in science, which is tightly coupled to math. My professor encouraged me to think about a career in scientific research and said he would recommend me to Harvard. So I went to Harvard, in biophysics, and I became enamored with it.

How did you come to accept the idea of a young earth?

I think the answer is how did I come to the Almighty. Because once you get there, there’s no other answer.

When I was a faculty person, I was an unbeliever. But once we had built the first scanner, it became clear that to continue development, I was going to have to start my own company.

So in short order I was on my knees. There was an interesting transitional step. When I went to build the magnet, I needed 30 miles of super-conducting wire. It would cost $150,000, and I only had $15,000 in my budget. I called up an engineer at Westinghouse, and he said, “Westinghouse is going out of the business of making super-conducting wire. I happen to have about 30 miles of wire in my warehouse, which I will let you have for 10 cents on the dollar.” Which was $15,000. I thought it was a shocking coincidence when I was telling my mother-in-law a few days later, and she says, “That’s not a coincidence. Your father and I have been praying for you; this is an answer to prayer.” That staggered me. I mean Westinghouse decides to go out of the business just when I need the wire—it just didn’t compute. That got my attention.

Once you accepted Christ, did you immediately become a young-earth creationist?

I sort of came at that slowly. I don’t think I really had focused on it, and then I met Henry Morris, and I read his books. The evidence in his books was overwhelming. From that point on there was no question in my mind, and the Word was explicit.

Since you came to the young-earth position, how has that affected your approach to science?

Do you see an overriding purpose for the study of science?

“The individual scientist has to continually remind himself that while he is experimenting on the natural world, it gives him no knowledge about the history.”

Copernicus, Isaac Newton, Galileo—every one of them was doing their scientific experiments to glorify the Lord. And they say it explicitly; it’s not even subtle. That has since degenerated, but that’s what started it. Another way to say it is Colossians 2:3, “In Christ are hid all the treasures of wisdom and knowledge.”

I think the valuable thing to tell all young scientists today is to think like Galileo, think like Isaac Newton; and when you work for the glory of the Lord you can expect to make gigantic discoveries.

You’ve been held up as a creationist who does real science.

There are two aspects of truth. You have to recognize it, but after you recognize it you’ve got to have the courage to get up and say so.

The people who say these things generally are not scientists. But the scientists themselves when they start looking at the evidence, I think they are drawing the obvious conclusion—you can’t go from nothing to something. You can’t get there without Him!