Nativity displays often have three wise men. What does the Bible reveal about these wise men? Who were they? Where were they from? Tim Chaffey, AiG–U.S. examines some common misconceptions about them.

Over time, many beliefs with little to no Biblical basis have crept into common Christian thinking. This web series aims to correct some of the most commonly held misconceptions about the Bible.

Nativity scenes around the world display them. Songs and poems have been written about them. They are featured in movies, plays, and Sunday school skits. They are some of the most recognizable figures in our culture as nearly everyone has seen images of three wise men riding on camels and following a star. Some have even gone so far as to name these guys.

What do we really know about these men, now known as Gaspar, Melchior, and Balthasar? Does the biblical account of the magi support the traditional story surrounding these enigmatic characters? This article will examine many of the details given in Scripture concerning the magi. Who were they? How did they learn about the King of the Jews? How many were there? When and where did they see the Lord Jesus Christ? 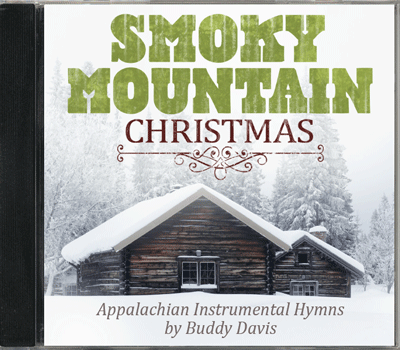 The Greek word μαγοι (mάgoi) is translated as “wise men” in the NKJV, KJV, and ESV, while the NASB and NIV use the word magi. Originally, the word often referred to a class of Persian wise men, and possibly priests, who were interpreters of special signs, particularly in astrology. Eventually, the word was used variously to refer to one who possessed supernatural knowledge and ability, a magician, or even a deceiver or seducer.1 There is little to no biblical or historical basis for identifying them as kings.2

The book of Matthew contains the account of the wise men:

Now after Jesus was born in Bethlehem of Judea in the days of Herod the king, behold, wise men from the East came to Jerusalem, saying “Where is He who has been born King of the Jews? For we have seen His star in the East and have come to worship Him.” (Matthew 2:1–2)

The original meaning of mάgoi is likely in view here—wise men who interpreted special signs. There are at least three reasons for this identification. First, they acknowledged that they were interested in signs in the heavens. Second, the Bible states that they were from “the East,” which would be in the direction of Babylon and ancient Persia.3 Third, of all the peoples of “the East,” the Babylonians had many opportunities to learn of the Jewish Scriptures, which contain multiple promises of the coming Messiah. Daniel was an influential government official in Babylon about 600 years earlier, and he foretold the coming of the Messiah (Daniel 9:24–26). Also, tens of thousands of Jews lived in Babylon during the time of the Exile (605–536 BC), and they maintained a large presence there for the following centuries.

How Did They Learn of the King of the Jews?

The third reason above provides a plausible solution to this question. Since the magi presumably had access to the Hebrew Scriptures, they could have known about the promises of the coming Messiah. Some scholars believe that the book of Numbers informed the magi of the child who would be preceded by a star. “I see Him, but not now; I behold Him, but not near; a Star shall come out of Jacob; a Scepter shall rise out of Israel” (Numbers 24:17). Perhaps they were told in a dream about the Messiah’s birth. After all, God warned them in a dream not to return to Herod after they had seen the baby Jesus and presented their gifts to Him (Matthew 2:12).

We can be sure that they fully expected to behold a child who was “born King of the Jews.”

While these are both plausible suggestions, we do not have enough information about the magi to know for sure. However, we can be sure that they fully expected to behold a child who was “born King of the Jews.” This is probably why they traveled first to Jerusalem, the most likely location for the birth of a Jewish king.

How Many Magi Came to See Jesus?

Although the popular Christmas hymn and traditions tell us that three wise men visited Christ, the Bible does not give us the number of wise men. Matthew wrote the following concerning the magi’s visit:

When they heard the king, they departed; and behold, the star which they had seen in the East went before them, till it came and stood over where the young Child was. When they saw the star, they rejoiced with exceedingly great joy. And when they had come into the house, they saw the young Child with Mary His mother, and fell down and worshiped Him. And when they had opened their treasures, they presented gifts to Him: gold, frankincense, and myrrh. (Matthew 2:9–11)

The traditional view that three wise men journeyed to see Christ is likely based on the fact that three gifts were given. However, since the Bible does not tell us the number of magi, we can only speculate. We know there were at least two magi, and there may have been many more.

When and Where Did They See the Lord Jesus Christ?

The traditional view presented in films, such as The Nativity Story, is that the wise men saw Jesus on the night of His birth, but this is highly unlikely. Matthew 2:1 reveals that the magi came to Jerusalem and subsequently visited with Herod after Jesus had been born.

The angelic announcement of Christ’s birth to the shepherds was at night, which means that Jesus was born at night. In Luke 2:11 the angel told the shepherds, “For there is born to you this day in the city of David a Savior, who is Christ the Lord.” The Greek word translated as “this day” is σέμερον (sēmeron) and it means “the same day as the day of discourse” (i.e., today).4 Since the Jewish day began at sundown (roughly 6:00 pm), then the angelic use of sēmeron indicates that Christ was born at night since that day would have started at sundown.

So it is highly implausible that the wise men would arrive in Jerusalem at night and immediately obtain an audience with Herod. The king then gathered “all the chief priests and scribes of the people” (Matthew 2:4) so he could determine where the Messiah was to be born. The experts told Herod that the Messiah needed to be born in Bethlehem, which was predicted in Micah 5:2. So, the wise men departed and made their approximately six-mile journey to Bethlehem. If we assume that the wise men met with Herod during the day after Jesus was born, then the earliest they could have visited Jesus would be the next night.

To learn more about the timing and location of the magi’s visit in more detail, read our article, “Christmas Timeline of the Biblical Account.” The article will also provide a plausible chronology of the other major events which followed Christ’s birth, such as His circumcision and first visit to the Temple, Herod’s slaughter of the children, the flight to Egypt, and the move to Nazareth.

As we study the Bible to gain an accurate understanding of these events, may we, like the wise men, worship the Savior Jesus Christ.

Previous Article Why Did God Condemn Jehu? Next Article Born in a Barn (Stable)?