Pastor Silenced for Speaking Against Evolution in Methodist Synod

Today, not only is secular culture becoming increasingly hostile to the Christian faith, but many within the church are also seeking to silence biblical truth. Recently, Rev. John Peters, superintendent minister of Watchorn Methodist Church Alfreton, where Dr. Terry Mortenson, Professor Andy McIntosh, and I have previously spoken, was silenced when he spoke out against the church’s compromise with evolution. Below is a summary of John’s speech to the Methodist Ministerial Synod held in Nottingham on Monday March 6, 2017. 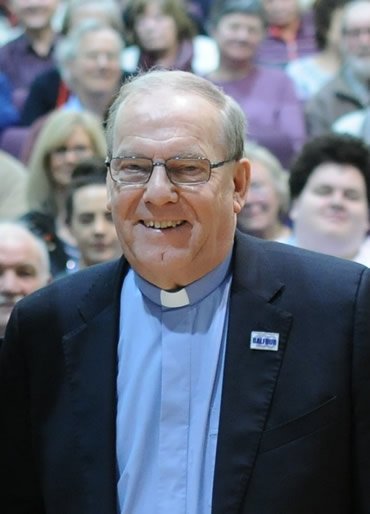 The background to my speech is that I am retiring from the ministry in the summer and Ministers so doing are invited to give a farewell speech at the Ministerial Synod of their District. This is a summary of my speech:

Laid on my heart was a burden for the serious situation the Church is in today in the UK. I pointed out: the closure of many Churches, and loss of members but even more serious the loss of young people from the church at an ever-earlier age and the advance of atheism amongst young people. The root cause being a lack of confidence in the reliability of the Scriptures because of compromise in the Church with the theory of evolution. I stated the foundational nature of the first eleven chapters of Genesis and pointed out how once these are lost then the major doctrines of the Faith are also lost.

Professor Andy McIntosh and I will be speaking at of Watchorn Methodist Church on June 3, 2017. Find out how you can join us.

The tragic thing is that it is not theologians or Ministers that are opposing this pagan religion of our age, rather it is scientists like Professors Andy McIntosh, Steve Taylor and Stuart Burgess. Professor Andy McIntosh even gave me permission to quote from his talk on the feathers of birds showing obvious design: “It deeply burdens me that Christians still insist on promoting this lie which is not just bad theology but awful science.”

I had more to say, for example, quoting Richard Lewontin and Dr. William Provine, but a Minister stood up and objected to what he called a “diatribe,” and I was prevented from continuing on the grounds I had gone over my allocated time. It is fair to say that they did not like what I had to say!1

This is just another example of what happens when the church abandons the wisdom of God’s Word for the wisdom of the age (see 1 Corinthians 1:20–25). The church today needs to raise up more leaders like John, who are willing to stand up and proclaim the truth of God’s Word. Sadly, too many leaders in the church have already compromised with evolutionary ideas or are afraid to speak out because of the attacks that may come from outside the church—or even from within. Please pray for John and other church leaders who are willing to boldly speak the truth in love.

Previous Article Equipping Students and Sharing the Truth of Creation and the Gospel in Oxford Next Article The Genesis Flood: Unique Revelation or Ancient Myth?