Who is “Terry the Trilobite?” Well, apparently, he’s a 400-million-year-old creature who “predates your religion, your God and all humanity.” Let me explain. 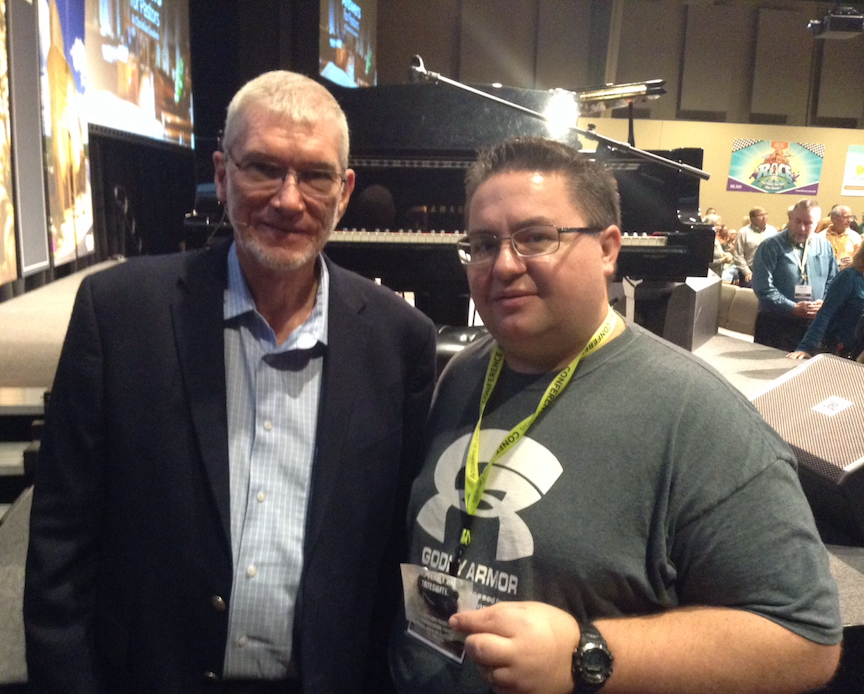 I recently met a gentleman named Nathan Elliot, who works at a ministry called the Knight Lights, at our Answers for Pastors and Christian Leaders conference. He showed me a picture he’d taken of a Bible from a hotel in the vicinity of the Creation Museum.

As you can see in the picture below, someone had glued a picture of a trilobite (an extinct marine creature) into the early pages of the Gideon’s Bible found in the hotel room drawer. Along with the picture were the words,

This is Terry, he is a trilobite. He is 400 million years old, he predates your religion, your God and all humanity. Pick up another book. 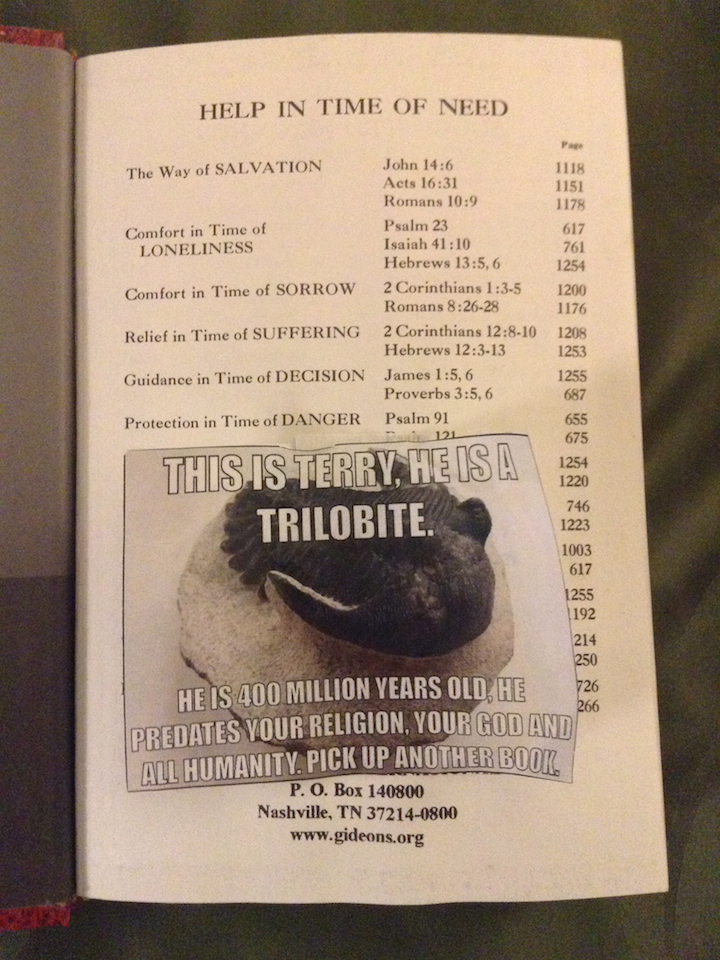 These creatures aren't evidence of millions of years of evolution but rather of God’s creative power and the destructive nature of the flood.

This was the second time Nathan had seen this particular image pasted inside Bibles in a local hotel. It’s interesting that whoever glued this snarky image did so over the page of the Bible that had verse references for “help in time of need.” Whoever left this picture there has no positive message, just one that attacks Christians, God, and the Bible, but seemed to have felt the need to cover over verses that might actually provide help to someone struggling (thankfully though they didn’t actually cover over the pages of Scripture).

Sadly, many secularists are intolerant of Christians and the Bible. They hate God and are vehemently opposed to him, his Word, and his people. This shouldn’t surprise us. Men love darkness rather than light (John 3:19), and Jesus warned us that the world would hate him and us (John 15:18). It’s interesting that many secularists will exhibit intolerance, often in an aggressive way, towards Christians, but they will demand tolerance of all their beliefs!

Whoever left this trilobite image is scientifically wrong. Terry the trilobite died, was buried and fossilized just 4,350 years ago during the global flood of Noah’s day. These creatures—with their incredibly complex eyes—aren't evidence of millions of years of evolution, but rather of God’s creative power and the destructive nature of the flood.

And you can come and see real trilobite fossils—and uncover the truth behind them—inside some excellent exhibits at the Creation Museum. Plan your visit at CreationMuseum.org.