Is Genesis History? in Theaters Next Week!

“Is Genesis history?” Though it shouldn’t be, this is a controversial question today, even in the church. It’s becoming increasingly popular to claim that Genesis is figurative, poetry, or simply myth. Yet it’s evident to anyone reading the Genesis text that it was written to be read as straightforward history. Does science confirm the history in Genesis?

We’re excited to support an upcoming documentary Is Genesis History? hosted by Del Tackett, creator of the well-known The Truth Project. This documentary features interviews with scientists from all over the world who clearly demonstrate that science confirms the history in Genesis. Two of those scientists are AiG’s own geologist, Dr. Andrew Snelling, and astronomer, Dr. Danny Faulkner.

Secularists will not want to see people watching this film because it reveals the overwhelmingly powerful evidence that totally contradicts evolution/millions of years.

This excellent film is in theaters one night only, February 23, 2017. Dr. Snelling and Dr. Faulkner will be at two theater locations in our Cincinnati area, hosting a meet and greet, answering questions, and taking photos outside the theater after the film’s showing.

Dr. Faulkner will be at Deerfield Towne Center Stadium in Mason, Ohio, and Dr. Snelling will be at Florence 14 in Florence, Kentucky, on February 23.

You can see where Is Genesis History? is playing, and learn more about the film at IsGenesisHistory.com.

We recently held the premiere of the film here at the Creation Museum in Legacy Hall. After the showing, a panel of scientists answered questions from the audience. 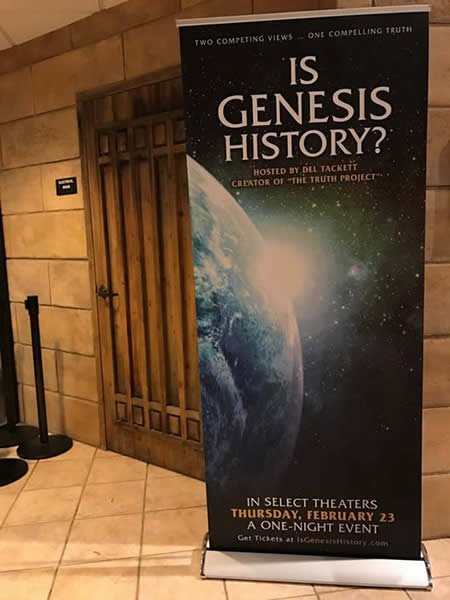 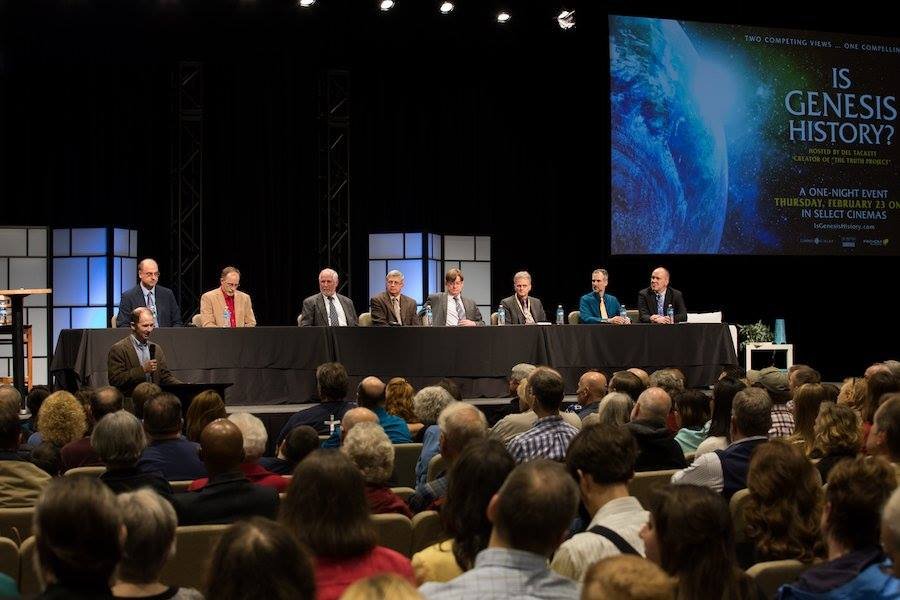 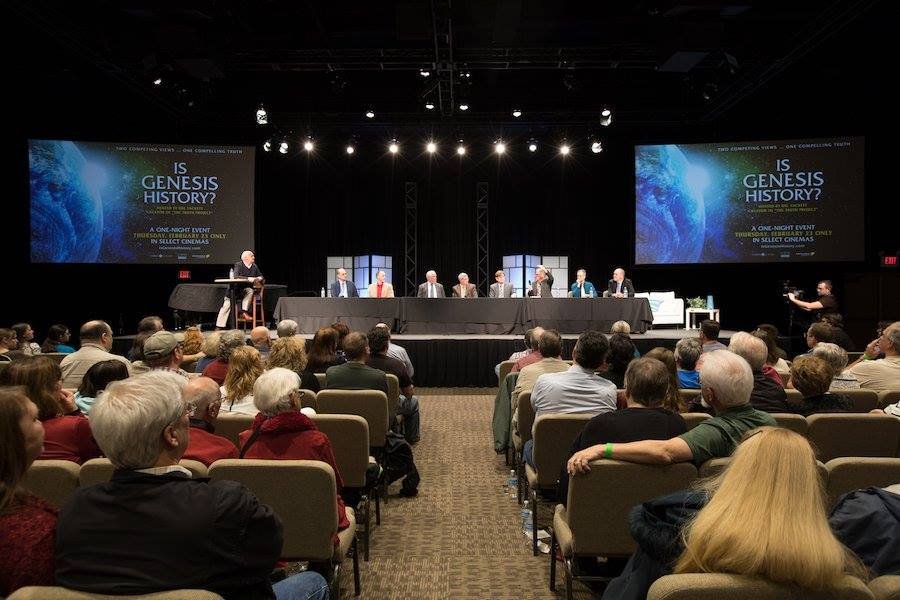 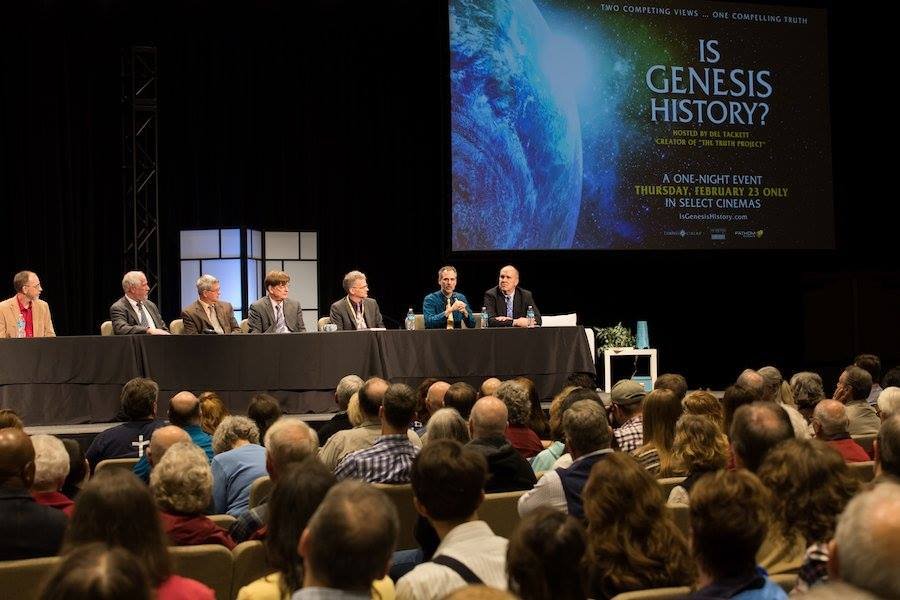