We recently had the joy of welcoming grandchild number 15 into the family (and number 16—another boy—is due in January). It’s exciting being grandparents to so many little people as we watch our children raise them in “the training and admonition of the Lord” (Ephesians 6:4). Children—and grandchildren—certainly are a heritage from the Lord (Psalm 127:3). It’s also “fun” at family gatherings since nine of them are 5 years old and under, and eight of them are girls! 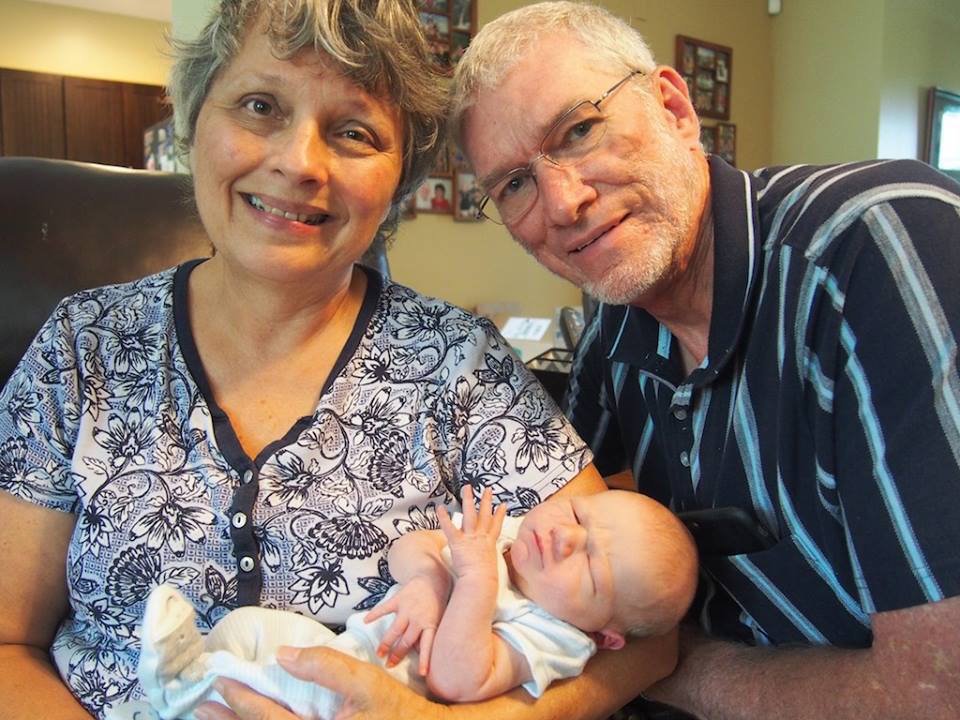 Nannan and Poppa with our almost two-day-old grandson.

Well, when we went to meet our new grandbaby, our son and daughter-in-law told us his name is Tiberius. Definitely a different name! So we asked why they chose that name. Here’s the research my son posted on Facebook:

Tiberius is a name which communicates strength and honor, and has always been associated with leadership and courage. It has been the name of both pagan and Christian emperors, of Christian martyrs, and of one of the rivers most responsible for the dispersion of the gospel by water transportation. In modern popular culture, it was the middle name of the great Captain James Tiberius Kirk, who taught us to boldly go where no man had gone before [i.e., in the TV series and films of Star Trek].

Importantly, the name Tiberius has great significance for Christians, and is rich with history related to the establishment and spread of Christianity in Europe. God chose the reign of the Emperor Tiberius (Luke 3:1), which lasted from 14 AD to 37 AD as the time period of the ministries of John the Baptist and of Jesus Christ, and during which Christ was crucified. Also during this time, the New Testament Church established at Pentecost, and finally Saul the persecutor became Paul the Apostle (34 AD). At that time Tiberius was probably the best-known name in all of Roman culture.

The Church father Tertullian indicates that towards the end of his death, Emperor Tiberius became favorable to Christianity. We cannot verify the story beyond Tertullian, but according to the church father (Apologeticum, v, xxi), from whom Eusebius and Orosius take the story—they relate that shortly before his death, Tiberius received a report concerning Christ and that he called upon the Senate to place Christ among the gods. Of course, he did not proclaim Christ as the one true God, but apparently softened. The Senate rejected the request; Tiberius then threatened the accusers of the Christians with punishment.

The name Tiberius means “Of the Tiber, a River that Runs Through Rome”— meaning, the River Tiber, the [third] longest river in Italy and one of the means by which early Christians escaped Rome and by which others travelled and disseminated the gospel through Italy and the world. It is a river associated with many things including freedom and the spread of the gospel.

At the beginning of the 4th century, a man named Tiberius of [Agde] was martyred for the sake of the gospel during the persecutions of Diocletian.

Lest anyone raise an objection to the name because it was popularized by a pagan emperor, there are two important points to consider. First, later Christians reclaimed the name Tiberius for Christ, including [a couple of] Byzantine Christian emperors of the 7th century. Also, it is to be remembered that the New Testament gives us the example of names formally used by pagans, now embraced by Christians, an example being the Alexandrian Jew turned Christian, Apollos.

It is a powerful name with a noble history, and it is about time that Christians reclaim and revive it.