An article on Cincinnati.com (AiG and the Creation Museum are located near Cincinnati) this week discussed the visit by the television series stars Adam Savage and Jamie Hyneman of Mythbusters. 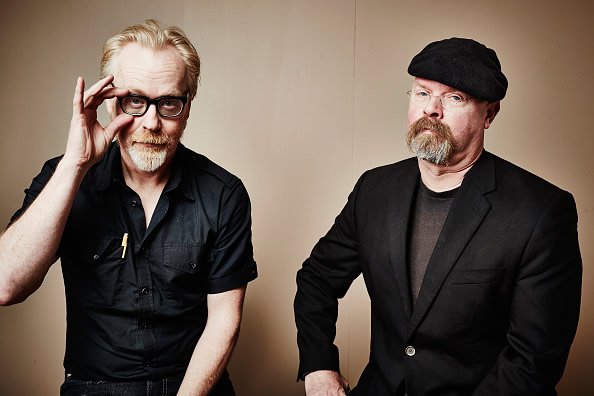 The article commenced by discussing the Creation Museum:

The topic of Greater Cincinnati’s very own Creation Museum probably won’t come up during the local stop of “MythBusters,” because, as Adam Savage puts it, it’s not even wrong.

Savage explains this later in an interview with a reporter stating,

Q: Are you going to visit the Creation Museum while you’re in town?

A: Ah! I haven’t considered it, but holy [vulgar word], what an idea. I had forgotten it was there, but my goodness, I don’t think I could pass that up.

Q: Do you have a conflicted feeling about contributing money to the museum by paying the price of admission?

A: The conflicted feeling I have is, there is a scientific term which I really like that is “not even wrong,” and these are ideas that are so far off the mark they’re not even worth discussing. I’m worried about participating or giving oxygen to ideas that are not even wrong lest I lend them a credibility as something that’s debatable.

Q: So if you were to go to the museum, you wouldn’t talk about the experience on stage, because that would be giving it oxygen, as you say.

A: My particular bailiwick isn’t to be a provocateur in that regard. Again, part of it is not giving oxygen to ideas that I don’t think are very debatable. I have empathy for people. And I don’t feel like going up on stage and telling some members of the audience, “By the way, I think you’re idiots.” I tend to stay away from that sort of polemicism. At the same time, if I’m asked, I’ll respond to questions directly. I’ve never had a problem doing that on stage.

Q: What would the reason be for going to the museum, if it’s not for getting material for the stage show?

A: For me it’s sort of like slowing down and looking at the car accident.

Well, I’ve got news for Adam Savage: the real myth busters are found at the Creation Museum. If Savage came to the Creation Museum, he would meet some academics and scientists who powerfully bust the myth of molecules-to-man evolution:

I challenge Adam Savage to make the short drive from Cincinnati and meet some true myth busters at the Creation Museum and see how his beliefs in evolution stand up against real observational science. In meeting with these academics and scientists, and touring our world-class museum with its stunning science exhibits, he will discover that evolution is a myth and gets busted for what it is—and he will learn the truth about the God who created him, that he has a sin nature, and is in need of salvation. Our burden is to reach Adam Savage with the saving message of the gospel and help him understand that observational science confirms that the Bible is the true history book of the universe.