We continue to add fantastic new exhibits to the Creation Museum. Some are considered world-class by accepted museum standards. So it’s not surprising that the world’s media continue to cover the museum, even six years after its opening.

The major news service Associated Press (AP) released a feature story over the weekend about the new additions at the museum. The article is now appearing in many newspapers and websites across the country (for example, here on the ABC-TV website).

By the way, this AP article quotes an opponent of the museum who calls himself the “Friendly Atheist.” Well, he is not that friendly at all if you read some of his blog posts (you’ll have to watch out for some nasty language). He says false things like we have become “stagnant” (though we have added exhibits over the past five years) and the museum is supposedly failing because of low attendance.* As the AP article clearly shows, we have added new exhibits. Also, our attendance remains strong, even much better than what we projected before we opened in 2007 and before the recession hit, which affected many tourist attractions.

The AP article noted our new insectorium. It’s one of the world’s greatest insect collections, rivaling the Smithsonian’s in quality, presented in a unique high-tech way, and all within a framework of the Genesis account of creation. In “Dr. Crawley’s Insectorium” (yes, a real collector by the name of Dr. Crawley donated his great insect collection to the Creation Museum), we offer museum guests the opportunity to discover the fascinating design that our Creator has built into bugs, beetles, and other insects. 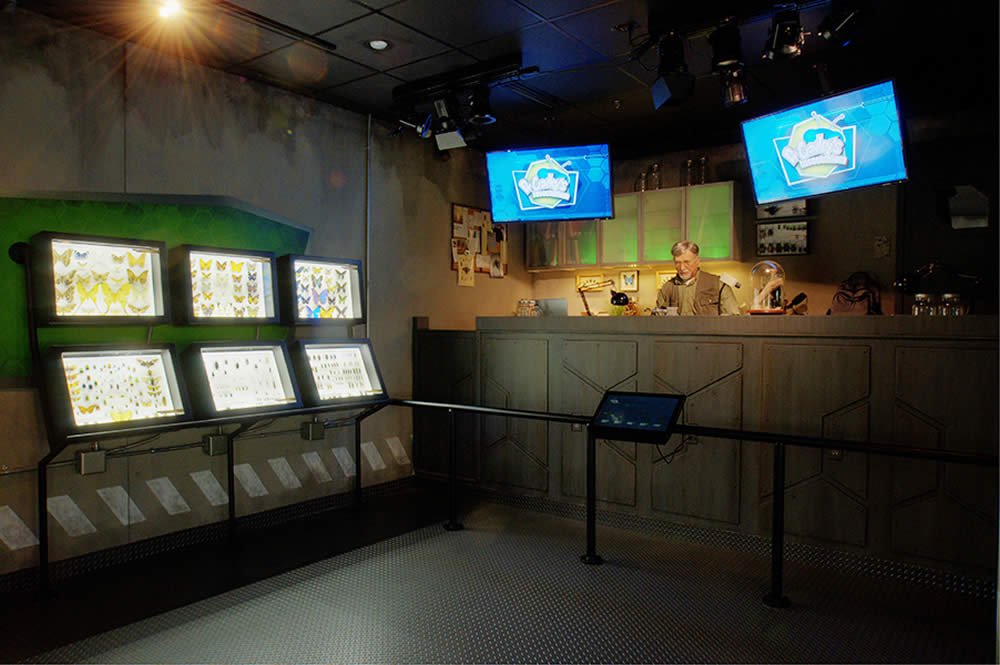 The AP article also mentioned our large new Dragon Legends exhibit. It tackles the question, “Were dinosaurs dragons?” With exceptional artwork, these dragon displays also ask the question, “Did dragons and dinosaurs live in recent times, not millions of years ago?” We also ask museum visitors to consider the question, “How could people centuries ago paint, carve, or write about these creatures if they had been extinct for about 65 million years?” We show that the Bible teaches that dinosaurs and humans were created on the same day: Day Six of Creation Week. Our staff scientists are not surprised at all by all the evidence of dinosaur and human coexistence. 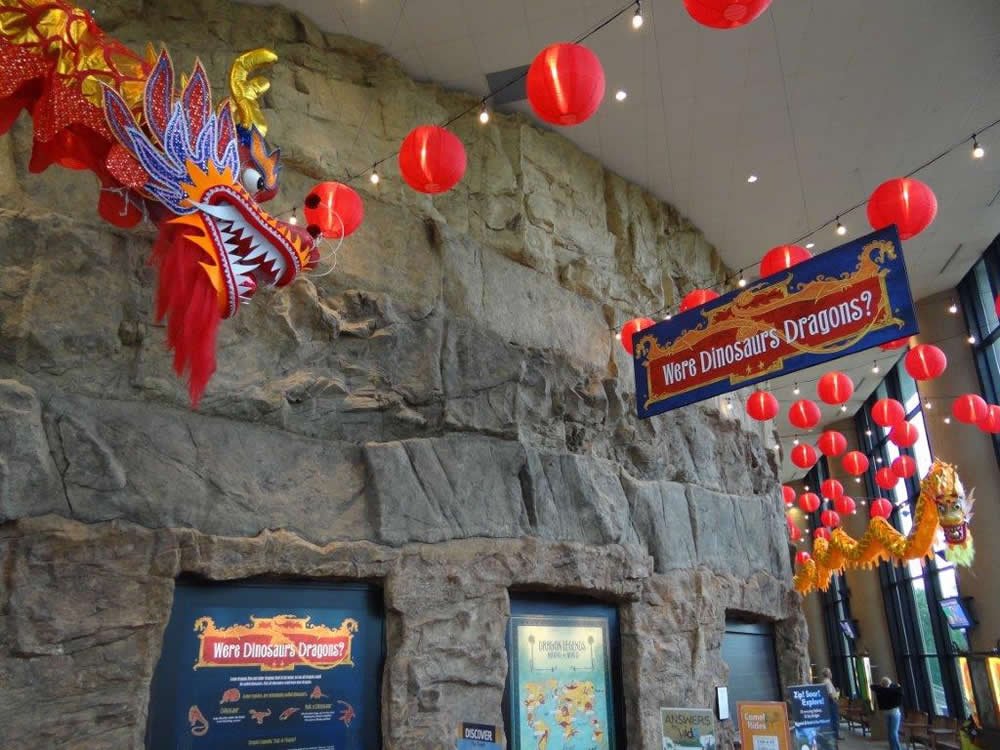 We’re also very excited about the evangelistic opportunities we have now with the new zip line course on our property, which the AP article discusses. It will draw a broader range of people to our museum and expose them to our Bible-affirming teaching. Zip line participants can view the first part of the museum without having to pay, and for an additional $10 they can tour the entire museum.

The course has over 12,000 feet of lines. We believe it is the biggest and best zip line course in the region. The 25 lines (along with several sky bridges, Challenge Course, and two new mega zip lines each about 1,700 feet long) run through much of the museum’s beautiful grounds. With a children’s zip line area, our course helps make the Creation Museum an even better family-friendly destination.

In the photo below, you can see my long-time friend Ivan Schrock of Ohio on the zip course. Last week he celebrated his 80th birthday at the museum and wanted to take a ride! 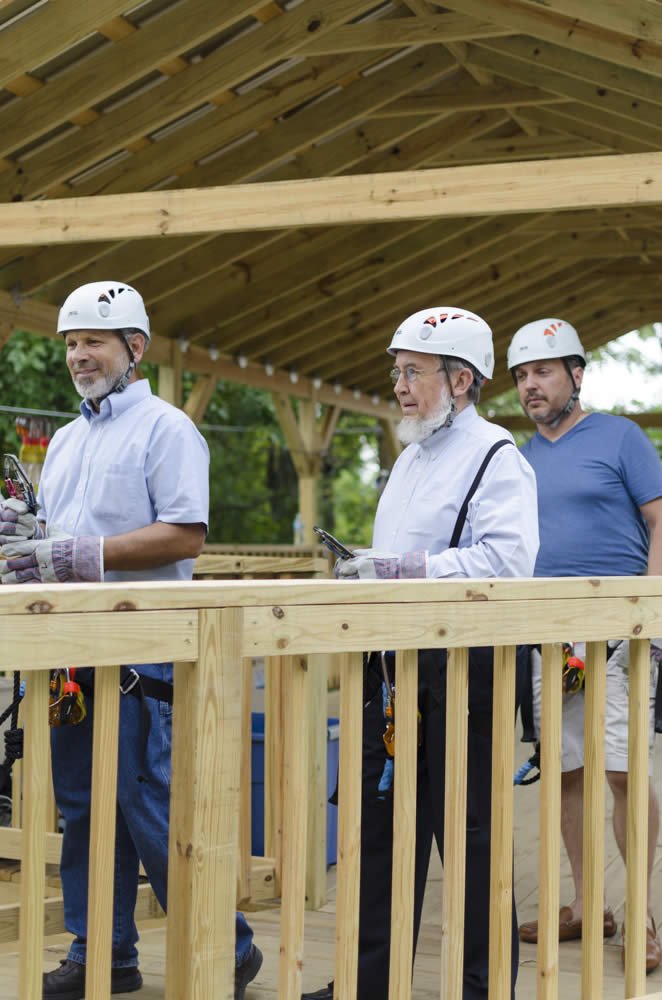 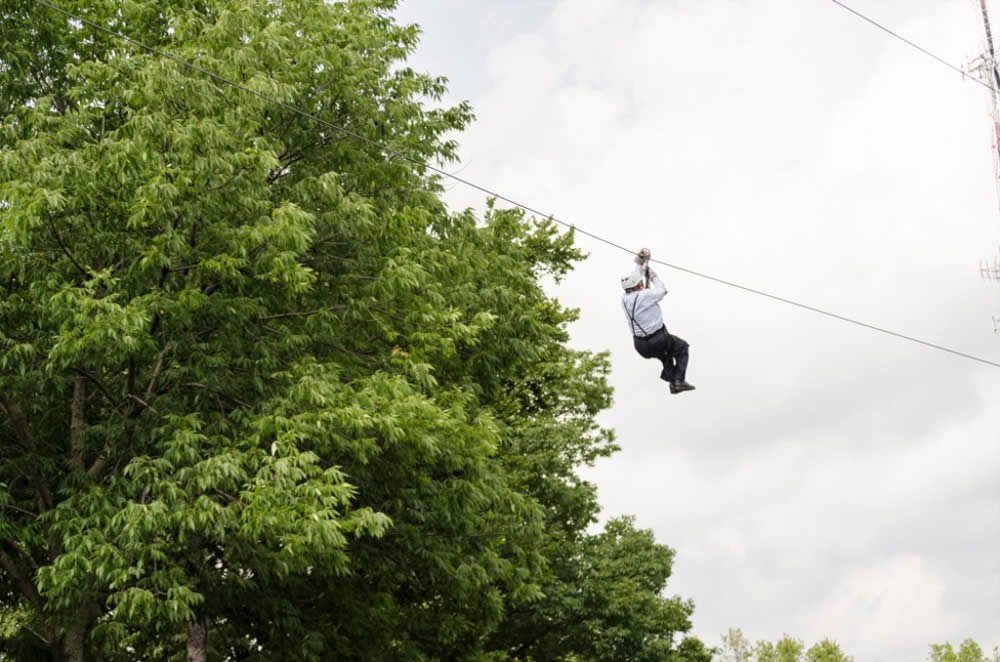 So much for some opponents claiming that the museum is stale, as we add a few things each year to the museum.

We have expanded our petting zoo recently with more animals for families to enjoy, including a second camel that can be ridden. Also, the world-class Bible manuscript exhibit inside our museum, Verbum Domini (“The Word of the Lord”), has just seen the addition of two dozen valuable Bibles and Bible-related artifacts. The collection currently includes an Elvis Presley personal Bible, Bibles signed by American presidents, an autographed Bible by baseball legend Babe Ruth, a 1599 Geneva Bible, and so on. These items are part of an impressive traveling exhibition of rare Bible manuscripts and artifacts from the famous Green Collection, much of which will be eventually placed in the future Museum of the Bible in Washington DC.

On top of that, our state-of-the-art Stargazer’s Planetarium recently added Fires in the Sky: The Sun-Grazing Comets to its line-up. This new program on comets features Comet ISON that will appear in the sky this November and December. There is a separate charge for this excellent, high-tech program.

The AP article briefly mentioned the Ark Encounter, our full-size Noah’s Ark we will be building south of Cincinnati in northern Kentucky. Last week I shared with our entire staff that we are completing the permitting process and have already begun clearing the land. You would not believe how many thousands of pages and huge amounts of money are needed to get all these permits. See the photo below of just one permit and the number of pages involved! 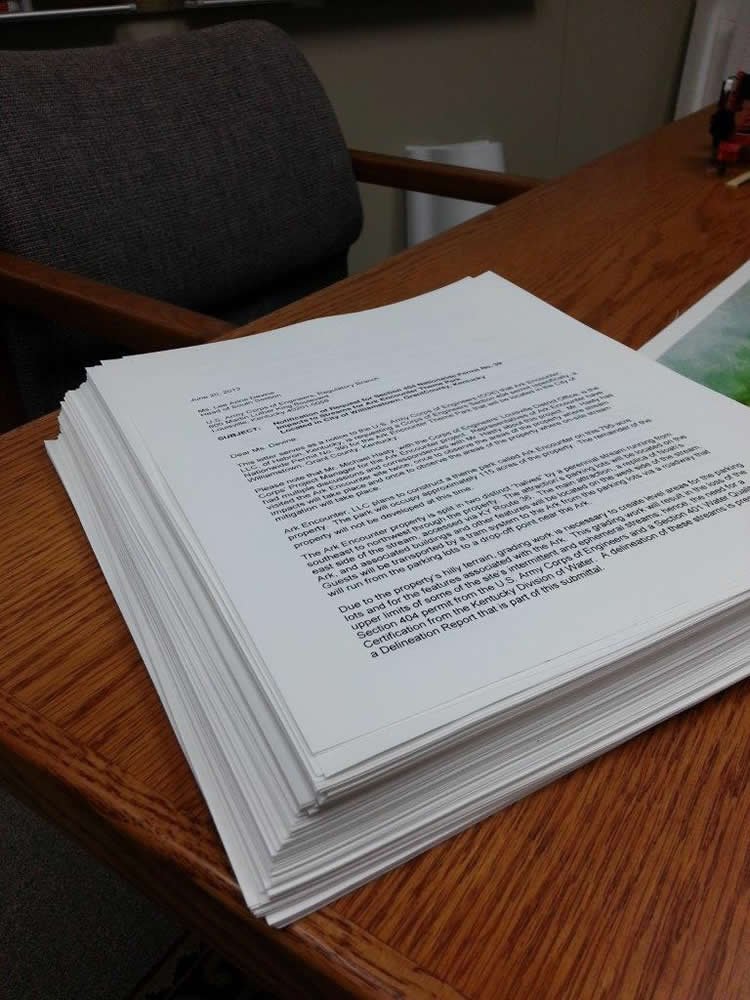 Two weeks ago, we signed the formal construction contract with the Troyer Group. We hope to have all of our construction permits by November. Meanwhile our talented Ark team is designing the many exhibits that will go inside the Ark and on the grounds.

I also mentioned to the staff that later this year we hope to have some major news to share about the funding of the Ark. I think it will excite you to hear that news, hopefully to be revealed in November.

A lot is happening behind the scenes with the Ark project.

*One reason the museum is supposedly in trouble, claims this atheist, is that the museum is becoming stagnant. He quoted a person who wrote, “Interestingly, the reason for the slowing traffic seems to be creationism itself, since the main exhibit has literally not changed” in the years since the museum opened. The implication here (and as it has been stated by others) is that the museum is static and is thus suffering an attendance loss. But see the list of several new museum items earlier this summer. Also, revenue and attendance at the museum are not about to “fall victim to natural selection” (in the atheist’s words). Even with the recession and high gas prices, revenue and attendance have exceeded the break-even projections every year.

Previous Article Is It a Bird? Or Is It a Dinosaur? Next Article The Chutzpah of Unethical Atheists—But We Actually Understand Why