It was so thrilling yesterday to experience (and it really was an experience) the great response to the AiG conference held at Grace Church in Eden Prairie, Minnesota. The crowd was hungry for the resources and hungry for the message. I have not experienced such a response like this in a US church in the last few years. In fact, we ran out of many of the resources (books and DVDs) after the morning services. What was left went off the tables last night. Because of our burden to equip people, we asked some AiG staff if they would drive up (10 hour or more drive) to Minnesota with a load of resources. Two staff members did that last night. Other staff went into the warehouse to pack and load. The photos below show why we ran out of resources. People waited in long lines to get them: 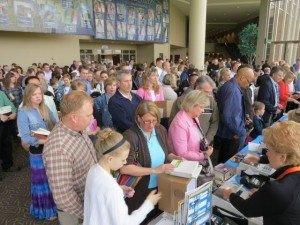 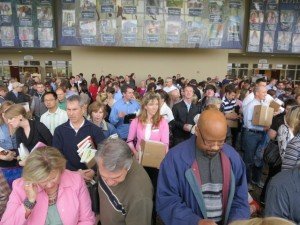 I also received so many phenomenal testimonies.

1. A man named Todd told me he was a member of a bike gang, and a few years ago he was given a set of my videos to watch. After watching them, he became a Christian and now has a ministry to reach the people he used to ride with. See the picture below. 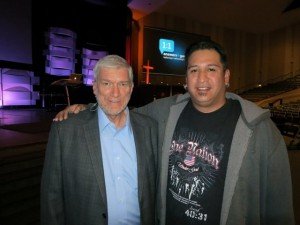 2. Another man told me he had strayed from the Christian faith but that it was the ministry of AiG that the Lord used to bring this man back. He was so thankful.

3. I had many kids and teens tell me how much this ministry meant to them. This young man below (Ryan, aged 10) wants to be a creation scientist. He told me more than once that he had really wanted to meet me. 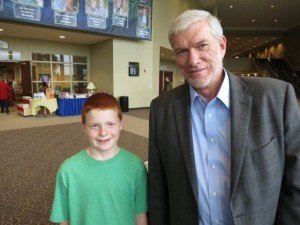 Pastor Troy Dobbs (Senior Pastor) has been so supportive of AiG and this conference. This church (Grace Church) sends its young people to the Creation Museum each year and teaches them apologetics so they will be equipped to defend the faith. Dr. Gary Parker spoke to the young people and was excited to see the results of what the church has done with them. This is one of the rare churches where the young people showed they knew how to answer the skeptical questions of the day.

Here is a photograph of Pastor Troy with his family: 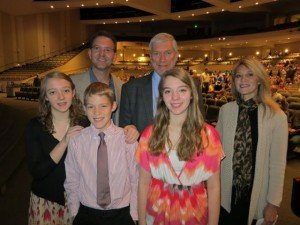 Lots of families like these came up to meet and thank us: 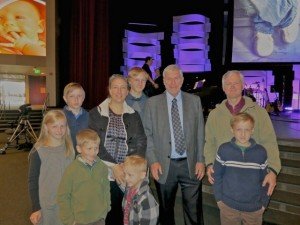 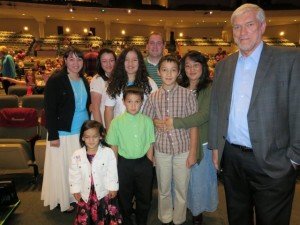 Here are two photographs of the auditorium: 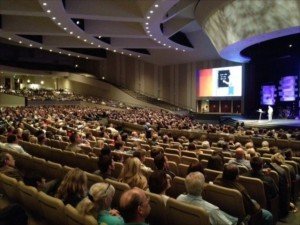 What an exciting day! Thousands of people have been equipped, and hundreds and hundreds of resources have now gone out into the community!

Previous Article More Radio-activity Next Article Over 10,000 in Minnesota