Reaching One Percent of a Nation

To reach one percent of a nation with the message of the truth of God’s Word beginning in Genesis—that the history in the Bible is true and the gospel based on that history is true—would be an incredible blessing! And that is what is happening in Bermuda, an island off the east coast of the U.S.

In my home country of Australia, it is estimated that probably around one percent of the population would be truly born-again Christians. I couldn’t imagine what could happen if one percent of a nation were equipped to defend the authority of the Word of God against the pagan religion of evolution and millions of years.

Even though Bermuda is a small nation—technically a territory of the UK—with only 65,000 population (and that is when there is an influx of tourists), it has been a blessing to speak to about 650 people at the AiG conference sponsored by Cornerstone Bible Fellowship. They meet in the largest auditorium on the Island (at a public school).

I spoke three times yesterday and received lots of great feedback! Most of the resources we shipped over were purchased Sunday morning, and there was not much left at all after the Sunday evening programs. On Sunday evening I spoke on the topic “One Race, One Blood.” I found out that the same sorts of racism and prejudice I see in various places (including some churches) in the USA also exist in Bermuda. There was a real buzz among the people after that session.

Among the many testimonies I received, one man told me that he had read a book that caused him to doubt the Bible, but after listening to the presentation, many of his questions were answered, and he was no longer doubting God’s Word.

The photographs below were taken yesterday. 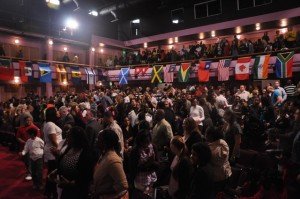 This is the auditorium Sunday morning. 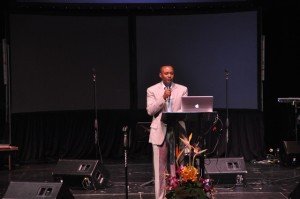 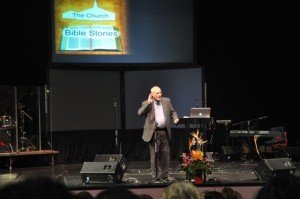 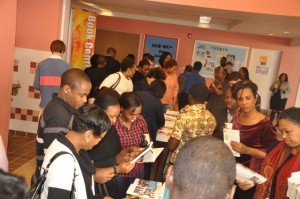 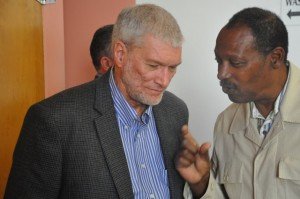 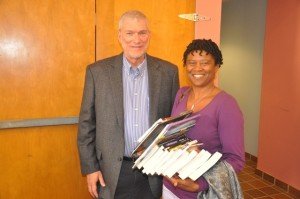 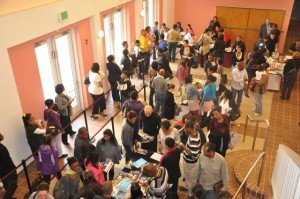 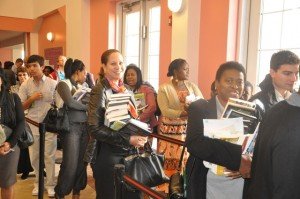 At the end of the morning service, the pastor prayed with many of the congregation who came forward in response to a challenge the pastor made to commit themselves before the Lord to pass on that spiritual legacy to the next generation. 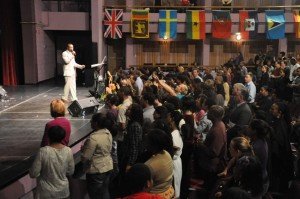 I speak again tonight. I'd appreciate your prayers.