Recently, a Dartmouth College professor wrote a blog post for National Public Radio (NPR) that cited one of our scientists. It is so frustrating to read such blog posts and know that its readers are being led astray by misinformation. As he quoted (or should I say misquoted) AiG researcher Dr. Georgia Purdom, Georgia wrote a blog post in response to this misleading article. She stated the following:

Gleiser states, “The evidence for evolution is overwhelming.” He discusses the fossil record and radiometric dating and then talks about “in-your-face evolution” giving the example of antibiotic resistant bacteria. He writes that, “there are creationist scientists who claim that mutation is not the true mechanism of resistance.” As I read it I thought, “That’s unbelievable, who could that be?” only to discover he thinks it’s me!

He quotes from an article I wrote for Answers magazine titled, “Antibiotic Resistance of Bacteria: An Example of Evolution in Action?” He argues that I think horizontal gene transfer (bacteria swapping DNA) is the only way that bacteria become antibiotic resistant. I honestly have to question if he read the article, because I wrote the following in that article:

I clearly don’t argue that swapping DNA is the only way. In fact, I only wrote one paragraph about bacteria swapping DNA following a much lengthier discussion on the role of mutation. Mutation is what results in changes to genes that can then be swapped to gain antibiotic resistance. I have written numerous articles (and focused much of my research) on mutations resulting in change in bacteria, here are just a few:

Gleiser closes the blog with this:

Even though I’m not a believer, I wonder why those who are need to equate God with the hard work of designing people, bacteria, dinosaurs, or some 900,000 known species of insects. . . . Surely there are better ways to find God or other paths toward spiritual meaning in life?

For an omnipotent and omniscient God, creating was not “hard work.” He simply spoke and all things came into existence (Genesis 1). He didn’t create all the different species that we have today but rather created them according to their kind (for many organisms this is at the “family” level) and designed them with the ability to change and adapt in a post-Fall, post-Flood world leading to our modern species.

And God loved us so much that He sent His only Son, Jesus Christ, to die on the cross for us (John 3:16–17) so that our relationship with Him could be restored. There are not “better ways” or “other paths.” Jesus tells us in John 14:6 that “I am the way, the truth, and the life. No one comes to the Father except through Me.” May we pray that Dr. Gleiser and other scientists like him will come to the knowledge of the truth before it is too late.

Dr. Purdom also made other comments about what this physicist wrote, so I encourage you to read her entire blog post.  Also, we mentioned this poor NPR blog post in last weekend’s News to Note.

It is sad to see how evolutionists mislead people and don’t accurately represent what creationist’s say.  But we praise the Lord we can use the technology of the internet and other modern technologies to get the correct information out to people, so please spread it around!

It was thrilling to find that the total attendance at all sessions at Calvary Chapel in Old Bridge, New Jersey, from Saturday evening through Sunday/Monday was over 9,000! We believe this would include at least 7,500 different people (including hundreds of kids), realizing that some people may have gone to more than one session.

Here are some photographs taken at various times during the conference. 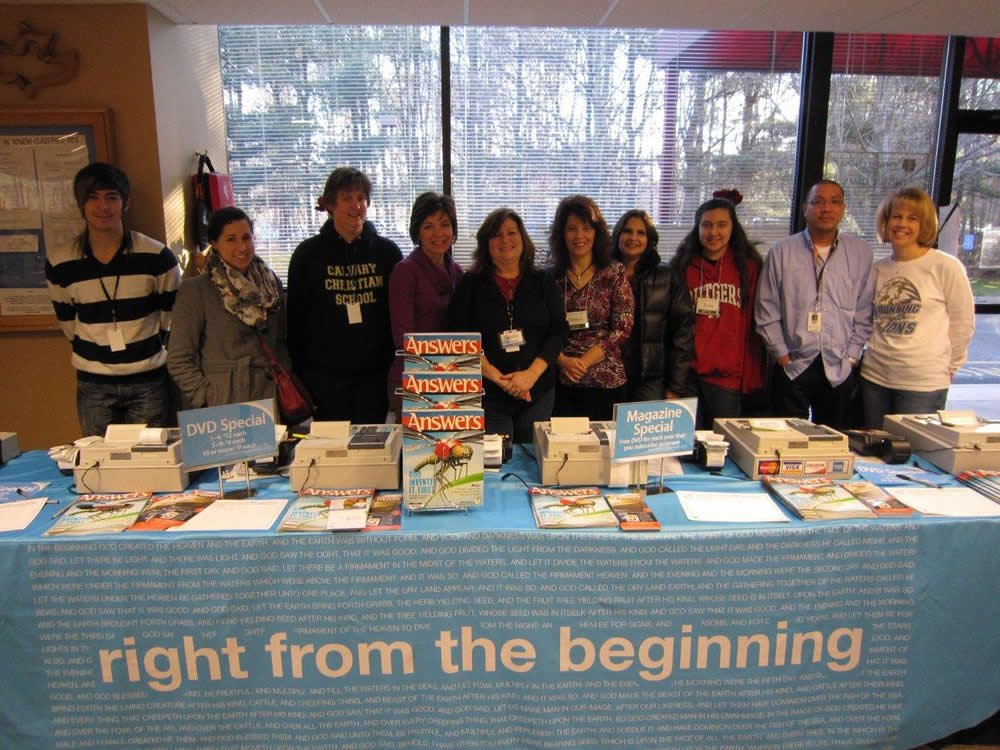 Thanks to our fantastic volunteers. 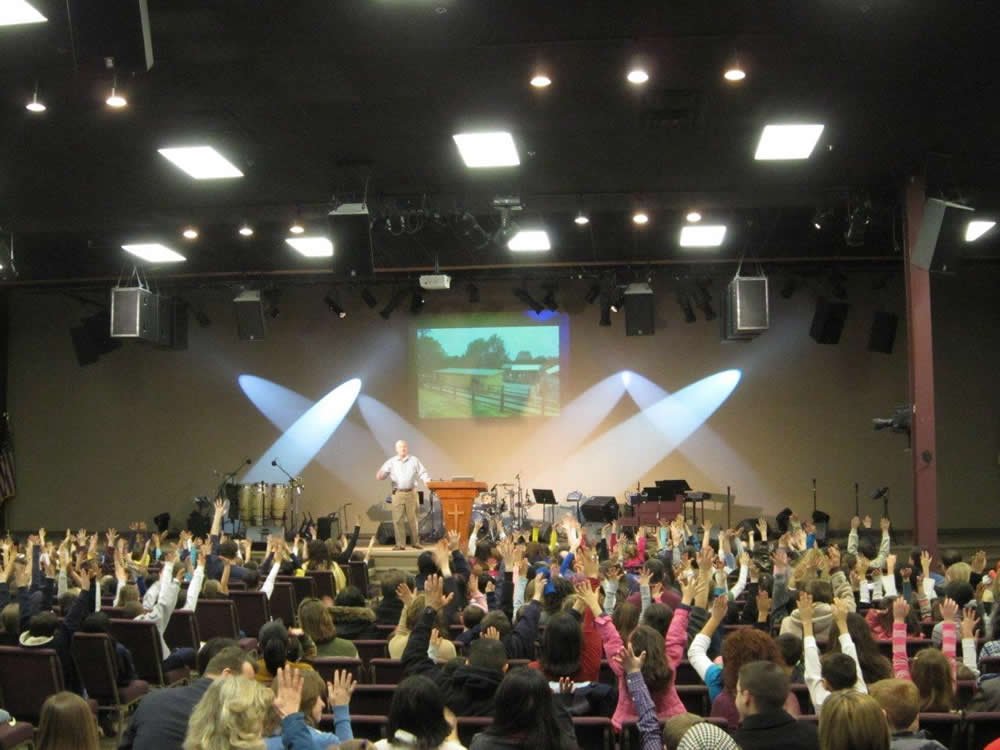 Lots of kids for the school sessions.

Kids and teens loved the sessions and enjoyed the creationist resources—see the following photos: 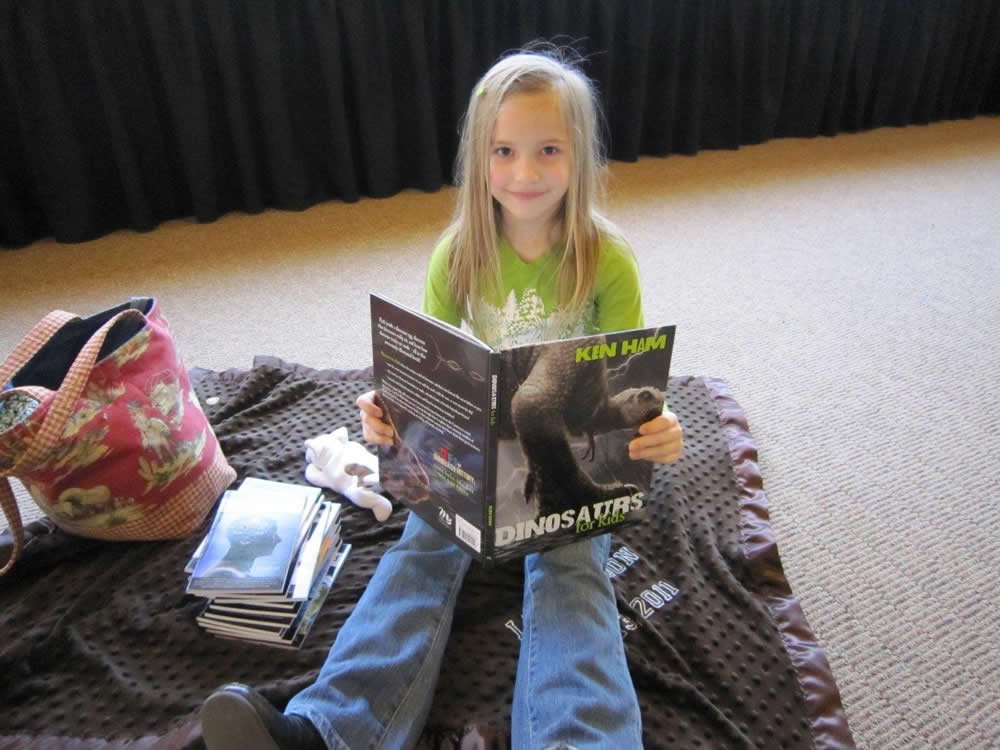 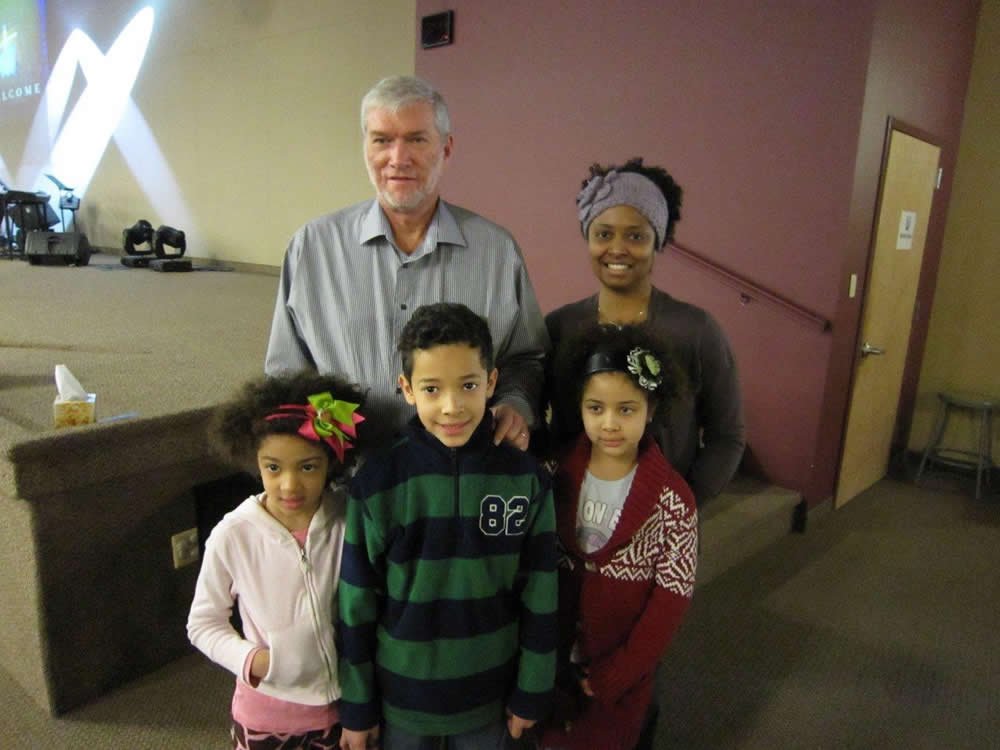 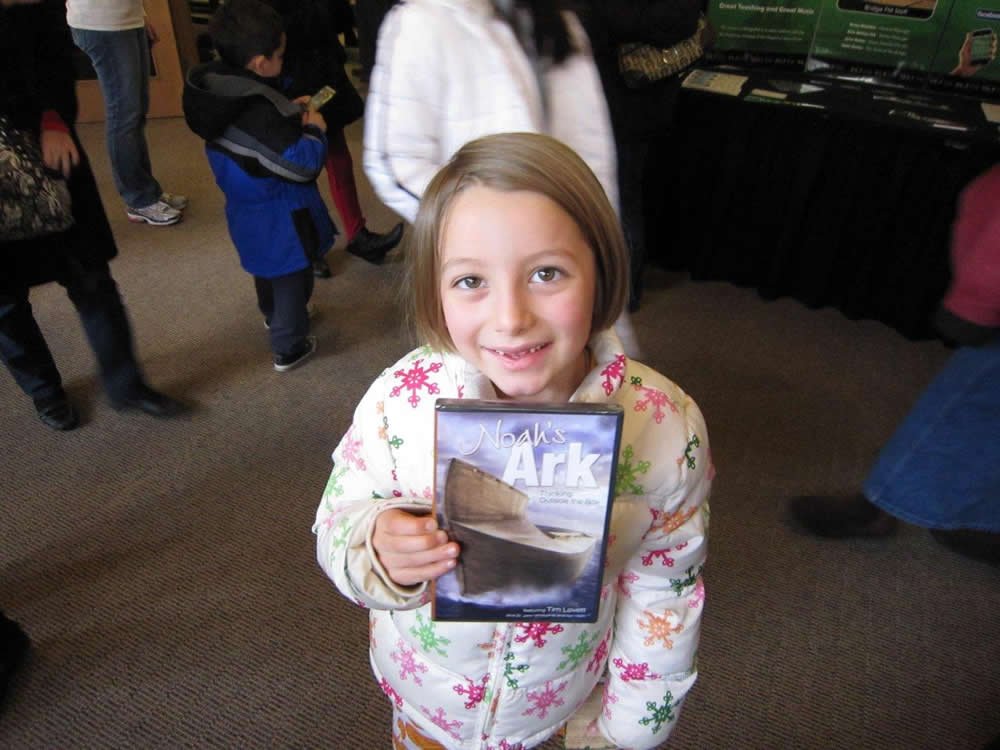 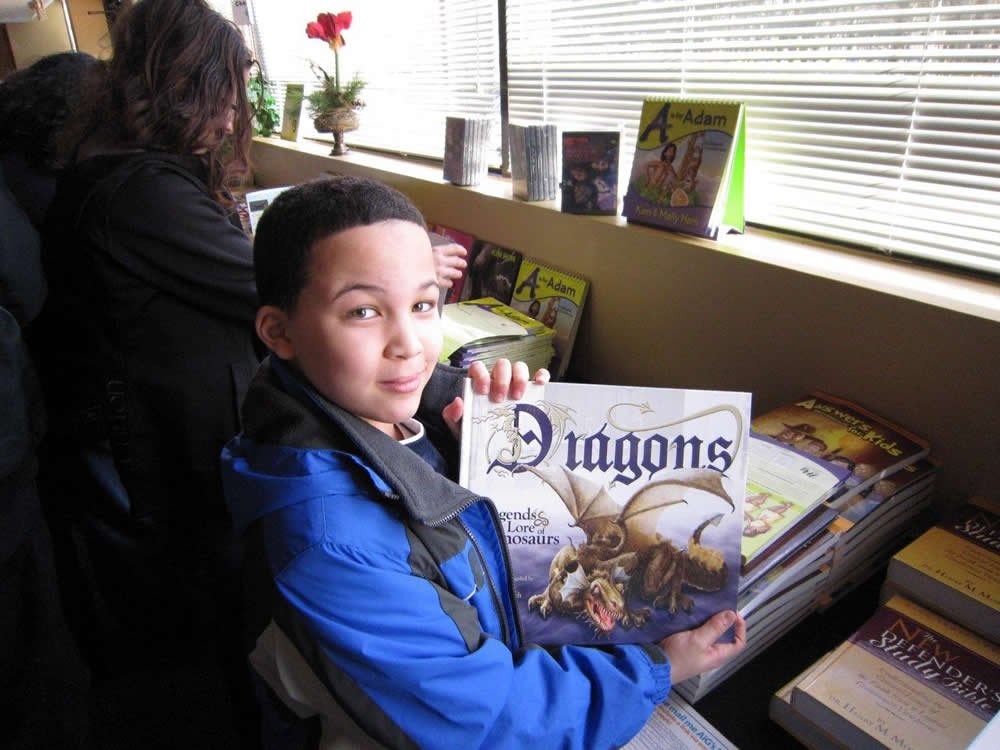 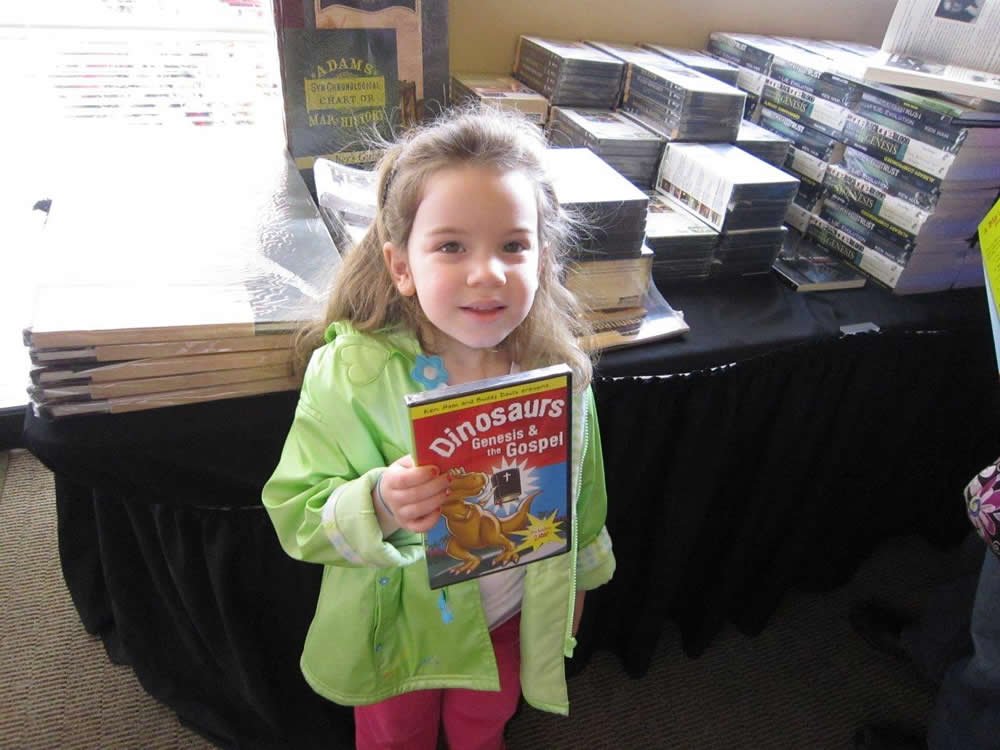 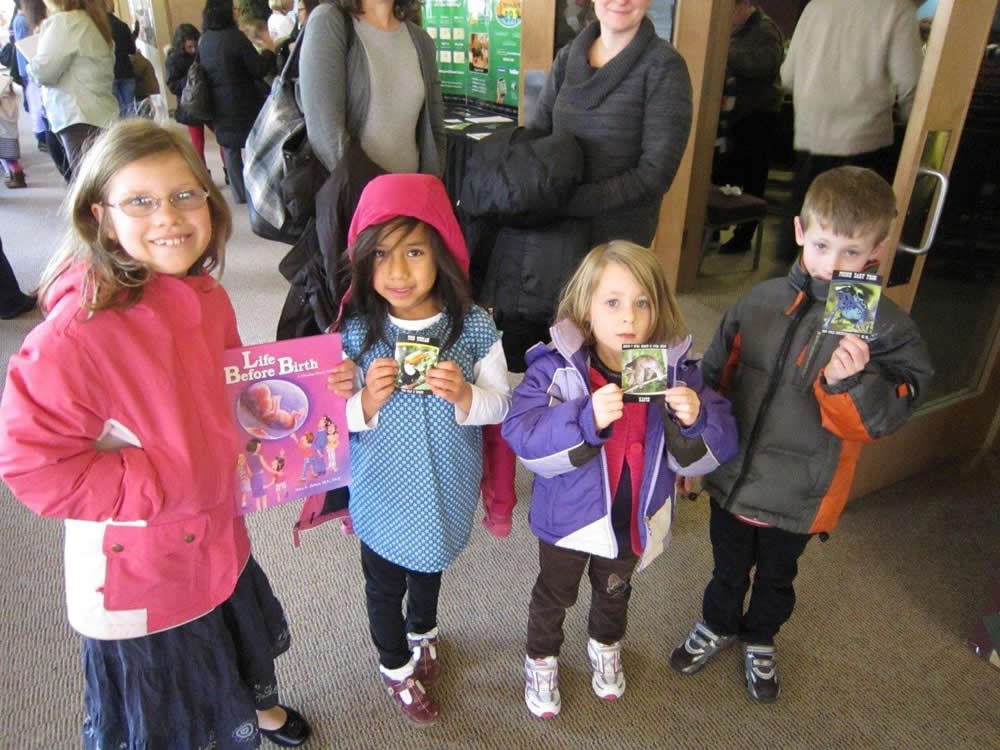 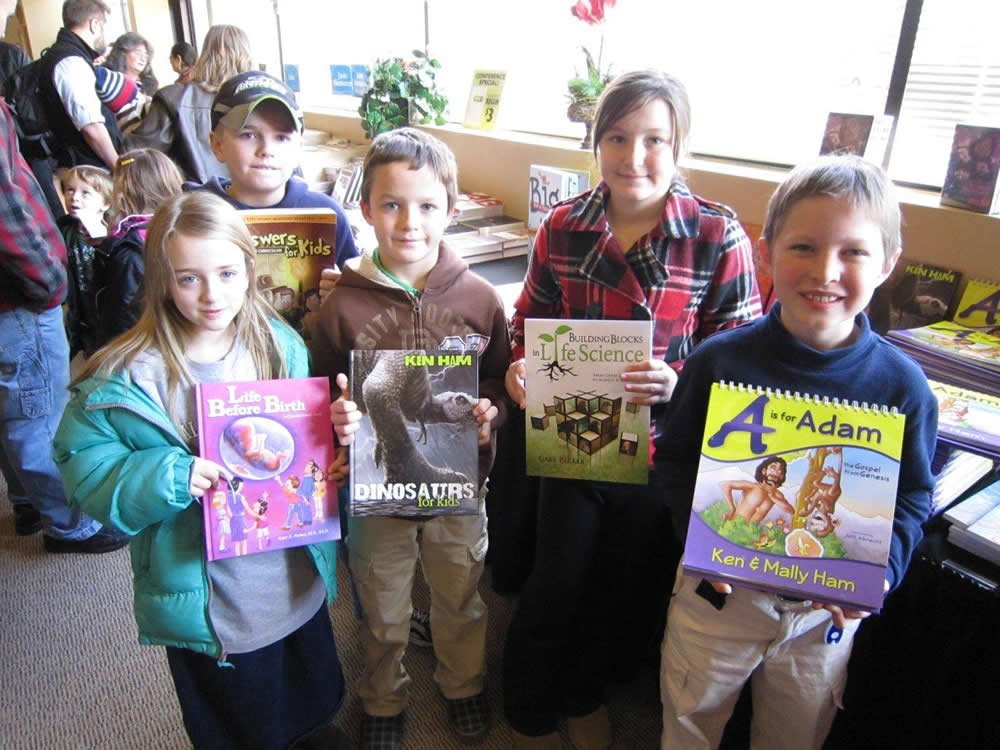 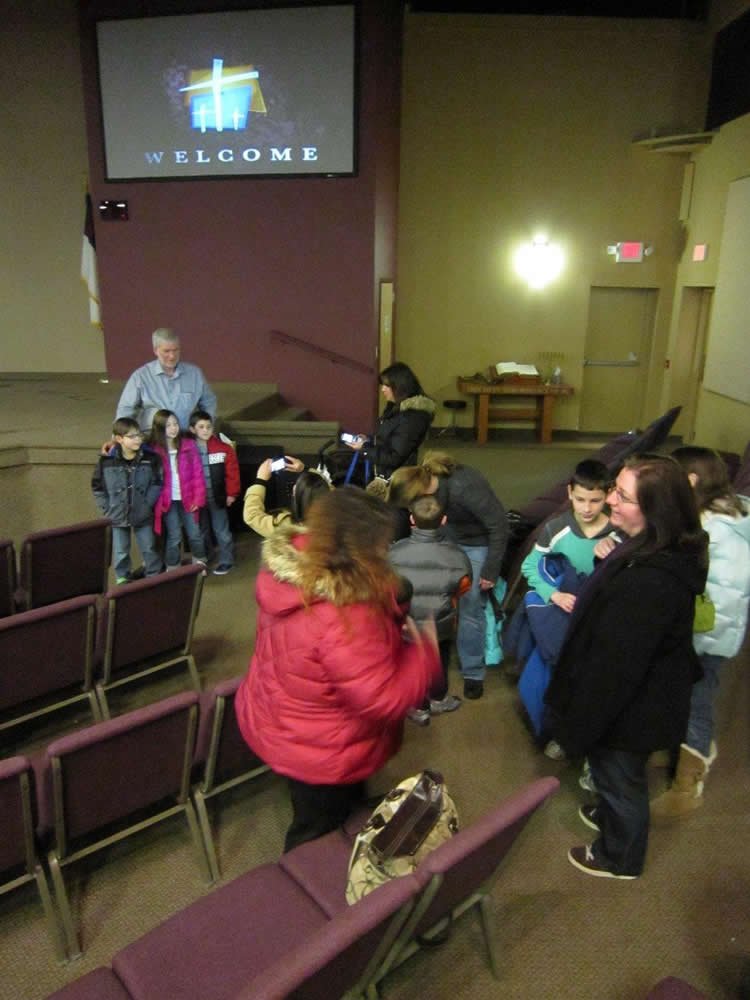 The auditorium was full most sessions (even overflow crowds for two of the sessions).