No wonder the Church in the UK Is in Trouble

Christianity magazine in the United Kingdom (UK) recently published an article by a Baptist pastor from Cambridge in England. I just groan when I read such articles. Just the first paragraph alone illustrates how compromised and ill informed many such pastors are about biblical topics. No wonder generations of young people have left the church.  Look at the state of the church in the UK today—what a mess. Look at the state of the nation—generations of godless young people in the UK now acting in accord with their godless foundations for their worldview. And the church pumps out stuff like this compromised thinking below! What a mess! Consider the following paragraph:

Cambridge, where I live, is very flat. People joke that Hills Road, a main thoroughfare, is named after its two humpback railway bridges. Most of the surrounding countryside is reclaimed marshes, so I can easily imagine a flood covering everything as far as the eye can see. But the idea of Noah’s flood covering the whole earth and all its mountains is much more difficult to envisage. How can six million land species be rescued in one boat? Or, if only a few thousand species were rescued, how have others evolved so fast since then? How did river and sea life survive in mixed salt and fresh water? How did land plants survive under water for a year? It wasn’t just seeds that survived because the dove found a full-grown olive tree! The account seems to pose some embarrassing questions.

Here are my thoughts. Now, answers to all of the above have been available for years on the Answers in Genesis website—and many of these answers have been available for 50 years in the famous book The Genesis Flood (we are celebrating the fiftieth anniversary of the publication of this book later this year). But I suspect that this pastor has probably seen some of these answers. I also suspect (based on experience) that because such pastors usually have capitulated to the secular ideas of evolution and millions of years, that no matter what answers we gave, they would probably be rejected.

Here are just a few links to answers on the AiG website:

You can also read the entire article by this UK Baptist pastor if you really want to.

The following photographs were taken at Eastern Star Church in Indianapolis where Dr. Gary Parker and I spoke on Sunday: 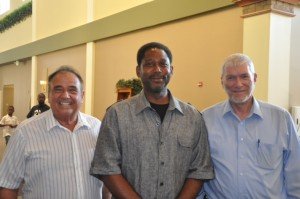 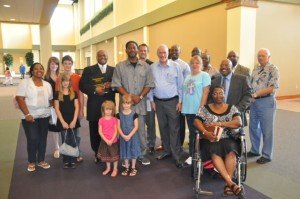 Dr. Charles Ware, a personal friend and great friend of AiG, is the president of this college that stands on the authority of God's Word beginning in Genesis. 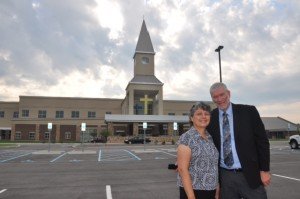 Mally and I in front of the church building 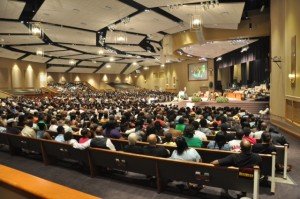 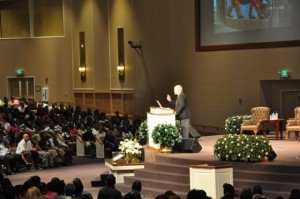 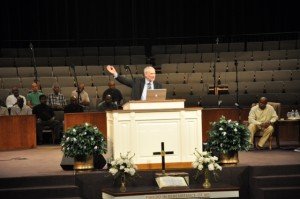 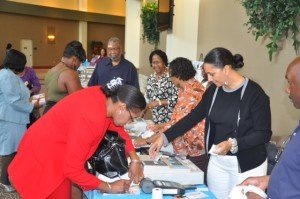 Previous Article I Could Believe the Bible Next Article Nazarene Churches—What Is Really Happening?