Here is a testimony of the impact of the book Already Gone from Dan Lietha , our talented artist of such things as our regular and popular web cartoon called AfterEden. Here is a report he sent to me recently about the impact of our new book Already Gone—a book which explains why so many young people are sadly leaving the church.

Hi Ken, I wanted to tell you of some friends of mine who saw you speak in northern Wisconsin at Northland international University.

This past July, I had the privilege of speaking for a week at Lake Ellen Bible camp in the Upper Peninsula of  Michigan. This is the same Bible camp I attended as a youth. The theme for the 2009 summer was "WANTED: Dead to Sin, Alive to God" taken from Romans 6:11, and it fit very well for me to do a series of talks on The 7 Cs of History how we were created alive to God, but we became dead to God  because of our sin.  Because of the Last Adam, Jesus Christ, we can become alive to God again. It is only through Christ that we can be alive to God and dead to sin.

While I was there I gave the camp program director, Ralph Peterson, some AiG materials (books and DVDs) to further equip and encourage them in their ministry. One of those DVDs was the message from your book Already Gone. Here is what Ralph told me about the impact of watching that DVD later that summer. Here is what Ralph wrote. – Dan Lietha

During one of our staff meetings we watched Ken Ham’s DVD “Already Gone.” When we were done, several of us had the same idea that next summer we need to focus on creation. Having that in mind, I spent a morning thinking about themes for the summer.  As something would come to mind, I would write it down.  I took those to our staff and read through them.  There were several that everyone liked.  But as I spent time thinking about the material in Ken Ham’s book “Already Gone,” I kept thinking that we need to communicate to the campers that they need to remember what the Bible teaches about creation -- and give them some tools to use in defense of their faith. So I decided on the theme “A Week To Remember.”  As well as remembering that they can trust the Bible 100%, we hope that the kids will remember the fun week they had at camp.

In Mid-November, I spoke at  Northland International University in Northern Wisconsin, which is about an hour south of Lake Ellen.  Ralph Peterson and his family, along with Lake Ellen staff members Dave & Jackie Helwig, attended the Wednesday night session, Dave & Jackie were also burdened to see the creation message taught at the camp and wanted to purchase some AiG materials that night for the camp to help with the summer creation focus. However, the tables were so crowded and busy, they figured they'd wait and buy the materials during their vacation time as they were planning to visit the Creation Museum a couple weeks later.

Dave and Jackie have since visited the Creation Museum and they sure did load up on resources! Here they are in the museum’s Dragon Hall bookstore ready to return to Lake Ellen, equipped for a summer of arming youth with answers, beginning in Genesis.

Where was this photo taken? 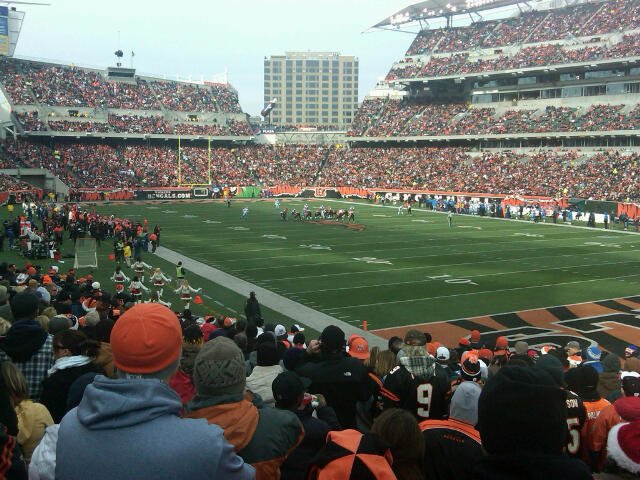 The first person to answer correctly will win a prize. NOTE: to make this contest more competitive, people who live in the state that this photo was taken or in any adjoining state(s) are not eligible.

Go to our feedback form to send your guess, along with your name and city/state.

Men shall call you the Ministers of our God

(Isaiah 61:5–6) And strangers shall stand and feed your flocks, and the sons of the alien shall be your plowmen and your vinedressers.  But you shall be named the Priests of the Lord: men shall call you the Ministers of our God.

The Lord Jesus Christ has called, authorized and named us priests and provided time for us to preach and pray for the lost.  Do the lost call us ministers of our God?

Previous Article Famed Movie Reviewer Roger Ebert: A Poor Researcher Next Article Yes, Cathy (USA Today)—There Will Be a Child in the Manger