As I looked out of my hotel room in Tokyo on Friday morning, I thought of the 13 million people or so who live in Tokyo—and the 130 million who live in all of Japan—most of whom do not know the Lord. 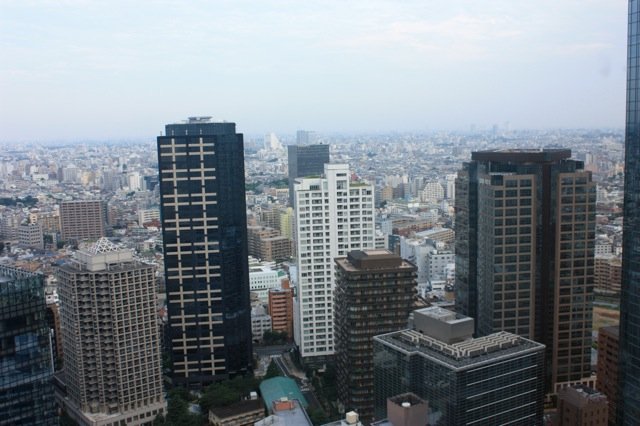 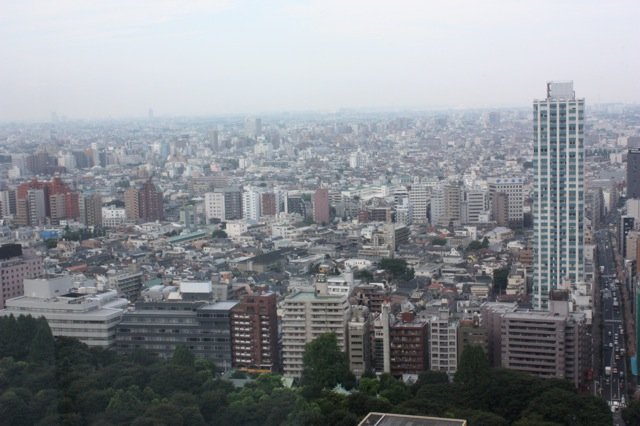 Caught up in Shintoism and Buddhism, Japan has probably only 0.1 percent Christians. Of course the one conference I am speaking at can only reach a very small number of people here—seems almost insignificant compared to the population. But, every soul reached for the Lord is of priceless worth, and the main reason for this conference is to do what we have now done in Spanish, Chinese, and two Indian languages—have six of my main presentations videoed as they are translated into the language of that country. After I leave, there will be six DVDs of my talks in Japanese—and Japanese people and missionaries will use these to reach people in Japan with the creation/gospel message.

This conference was organized by Creation Research Japan, and a young Japanese lady who sees herself as a missionary to her own country (she actually graduated from Cornell University in the US), Michiko spearheaded the project. Here is a photo of me with Michiko: 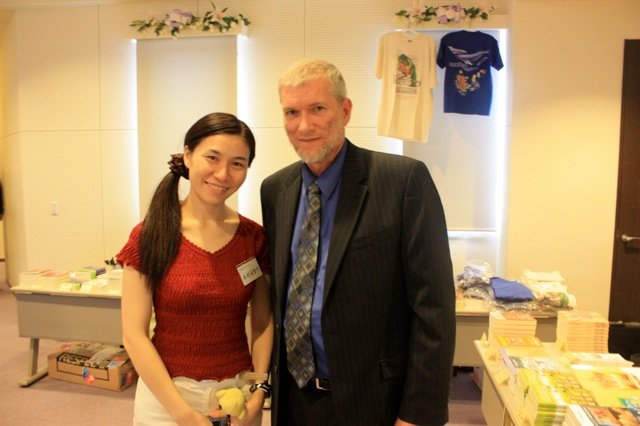 One of the sad things that Christians find here in Japan, which is a problem the world over regardless of the country, is that many of the pastors/Christian leaders have been influenced by millions of years/evolution—and teach compromise positions on Genesis. Nonetheless a number of pastors came to the first day of the conference—and the people who came were very excited. The auditorium in what would be considered a large church in Japan (holds around 250) was almost full and many more were expected later today. 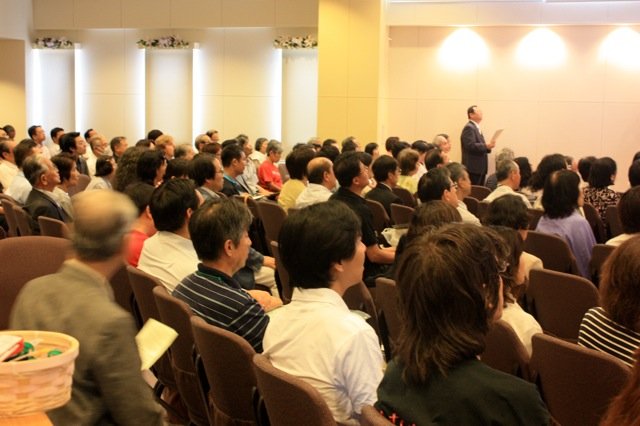 Many years ago, my book The Lie was translated into Japanese and published in Japan. However, it has been out of print for many years. Especially for this trip, Dr. David Crandall, who heads up the Worldwide Outreach of AiG. arranged for The Lie to be brought back into print in Japanese—all part of our worldwide outreach that your donations help support. Here is a photograph of The Lie, which was made available Friday for the first time in Japan in many years: 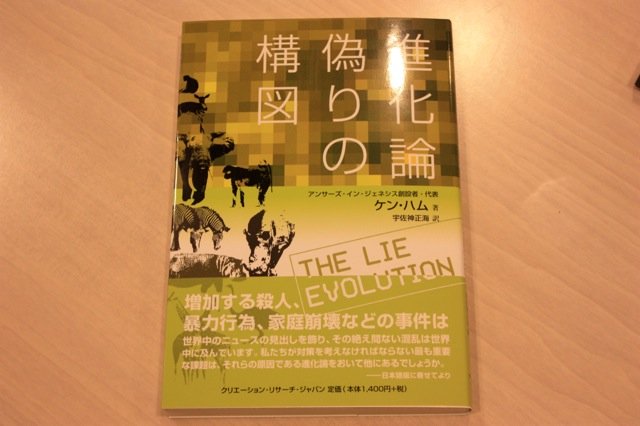 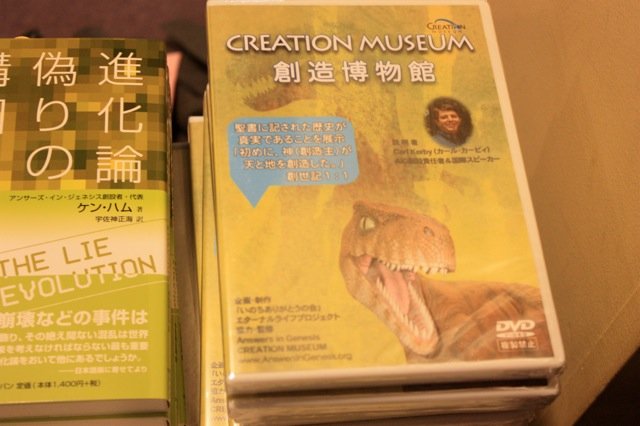 This is a photograph of my wife Mally and me standing outside the church auditorium:

There are so few creation resources available in Japan, but people excitedly purchased what they could on the first day of the conference—here is the resource table with the limited number of resources available. But what a thrill to see they are available—God is raising up creation groups like this around the world: 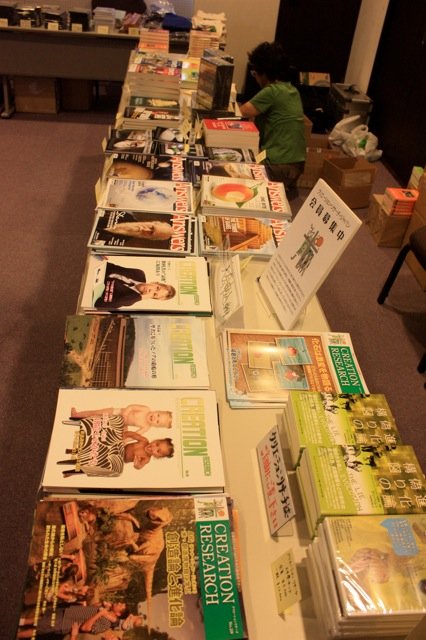 It was also such a blessing to see people who were signing for the deaf: 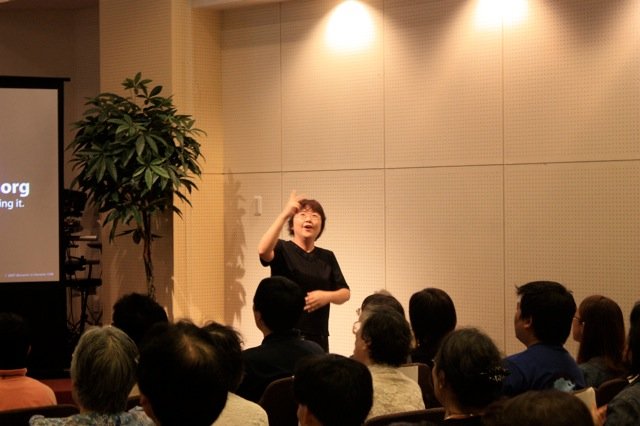 Because of the language barrier, I don’t have the freedom to talk with people as I do in English-speaking countries—but through my interpreter, I receive a lot of excited feedback—people said they learned a lot and were really looking forward to the second day of the conference.

Making such presentations is very tiring for the translator and the presenter. I have to summarize the concepts but keep the talk flowing logically. The translator then has to put it in sentences that make sense—and it is a difficult job when I use terms that are a little out of the ordinary for such meetings (e.g., natural selection, genetics, mutations, etc.).