Last week one of our staff members (Carolyn, who studied in Italy) was able to translate the basic thrust of two articles that appeared in an Italian newspaper recently, Libero. I thought it would be good for you to read what other countries are hearing about the creation/evolution issue and the Creation Museum.   Regardless of what is said, at least it is letting people know of the Creation Museum.  Here is the basic summary/translation of the article:

The first article is about how evolutionist scientists in England are complaining that cartoons that show men and dinosaurs together (like the Flintstones and even TV’s children’s show  Barney, they say) are endorsing creationism and confusing people that are scientifically illiterate.  They are also pointing their finger at certain  literary texts that have images of dinosaurs being destroyed in the Flood or animals that are living peacefully together in the Garden of Eden.  The scientists say that these things can only be accepted by believing that God created life in one day.  The article states that this is bringing up again the never-ending arguments between creationists and evolutionists. James Williams of the University of Sussex is quoted as saying, “This intentional distortion of scientific reality in favor of pseudo-science is an authentic intellectual abuse.” Then he goes on to say that creationist theories find ample space in primary schools, but the same ought to be happening with the principal scientific theories.   A molecular Anthropologist, David Caramelli, from the University of Florence says that certain TV programs are distorting the comprehension of the evolutionary history of man.  He says that today the attention towards disciplines like evolutionary biology is scarce.  Another scientist, Marco Ferraguti, from the University of Milan says that the problem is not in the message of the cartoons but in the fact that there are creationists who are ready to take advantage of any opportunity to affirm their ideas, deceiving people that are incompetent in science.  A theologian, don Angelo Pellegrini says that there is no strategy on the part of the creationists, but only the desire to have people believe in something hopeful, or to morally uplift people.  He uses the fantasy writings of Tolkien as an example.

The other article is about our Creation Museum and how it is based on a literal interpretation of the Bible, and, in particular, the book of Genesis.  It says that the creationist movement has tried to create a scientific appearance for itself by assuming the name of Creation Science, and developing the theory of Intelligent Design.  But, it states that this theory does not go well with the most extreme movements of creationism, the young earth creationists.  At the end it talks briefly about the visit of the paleontologists and and how the two-year-old creation museum has already had 750,000 visitors. It quotes Dr. Mortenson of our staff. 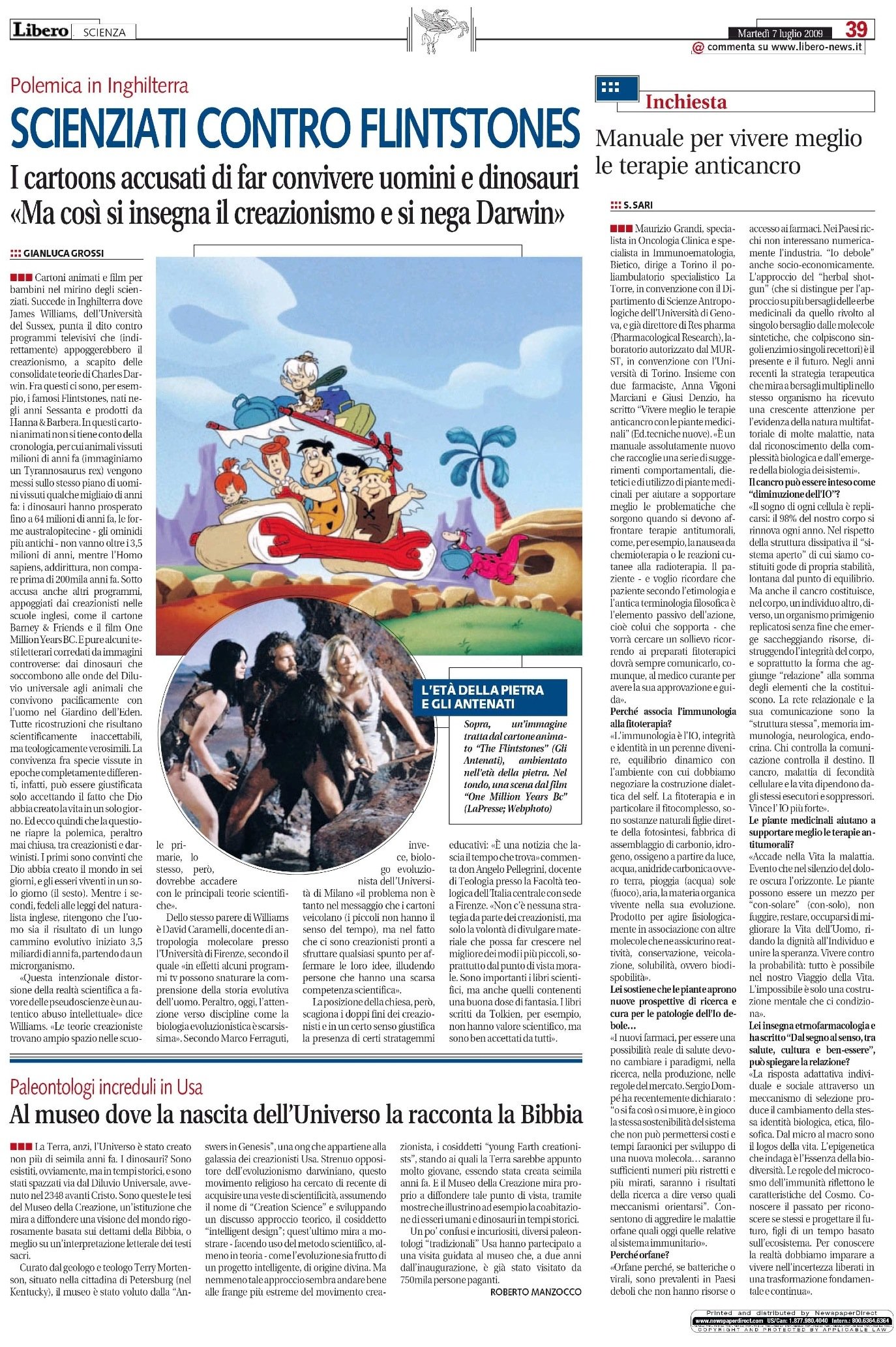 Well, praise the Lord the secular media around the world are taking notice of the Creation Museum.

Previous Article NEA Report Next Article It Is Such a Buzz