The New York Times published an article on Tuesday about the visit to the Creation Museum by a group of paleontologists recently. It is interesting reading—and, of course, not surprising at all to see the comments made by these evolutionary scientists. I thought I would quote the first paragraph and comment—and then you can read the entire article at the link below.

The first paragraph of the article entitled “Paleontology and Creationism Meet but Don’t Mesh” states:

There is no doubt that someone thoroughly indoctrinated in billions of years and evolutionary ideas would react this way. Even most PhD scientists I find don’t truly understand the difference between observational (operational) science and historical (origins) science (the word science basically means “knowledge”). They also are not aware of—or don’t admit—their starting assumptions (as our Starting Points Room at the museum points out).

Think about this quote above:

You can read the entire New York Times article.

One of our supporters sent us information on a website that claims they are part of a church of atheism—and ordain atheist ministers. The site states:

With the First Church of Atheism you can become ordained quickly, easily, and at no cost.

As a legally ordained minister, you will be able to perform weddings, funerals, commitment ceremonies, and other functions that are reserved for members of clergy. Since its inception, the First Church of Atheism has amassed quite a following around the world. FCA ministers come from all walks of life. They are every race, ethnicity, age, and creed. The one thing binding every FCA minister is his or her belief in science, reason, and reality.

The First Church of Atheism wants you to pursue and cherish your realistic beliefs without interference from any outside agency, including government or church authority. We provide our service for free, as we believe it is every atheists right to perform these clergy functions.

You may become a legally ordained minister for life, without cost, and without question.

We praise the Lord for the arrival of Eva Nichole McNeill—daughter of Joe and Lindsey McNeill. Eva made her grand entrance into this world at 2:18 p.m., Sunday, June 28. She weighed 7 lbs 11.8 oz. and was 21 inches in length. After much trial and tribulation, both parents and grandparents are glad she is finally here. 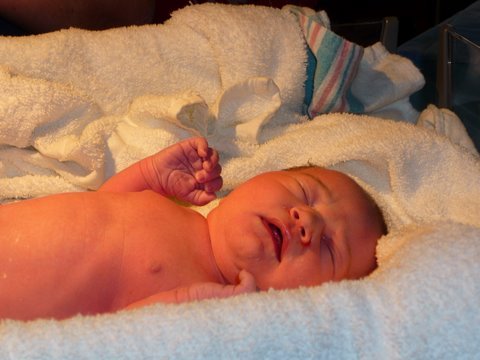 (Exodus 16:4) Then said the Lord unto Moses, Behold, I will rain bread from heaven for you; and the people shall go out and gather a certain rate every day, that I may prove them, whether they will walk in my law, or no.

The Lord Jesus Christ is our choice trainer, as He constantly puts choices before us between the right and wrong to see if we will rely on Him and choose correctly.

Previous Article The Hypocrisy of It All Next Article Which God Are We Talking About?