It Is Such a Buzz

Answers in Genesis’s resources are influencing people around the world. A person from Australia ordered our Vacation Bible School (VBS) program Amazon Expedition (we are still making our original one available along with the one for this year titled Operation Space). Here is the email we received when the package arrived:

Your fantastic parcel finally arrived, and I cannot believe how brilliant it is. I cannot thank you enough for it . . . . I have decided to run it at a smaller scale with a visiting school and then am planning our very first V.B.S. for later in the year.It is too good to not try. I will be able to use it in so many ways to really get the message across.I cannot wait to start. Thank you again.

I have so many folk from many churches now really getting interested in creation. It is such a buzz. I will let you know the feedback, but I know I cannot speak highly enough of your material. It is well planned and covers everything in a way that is exciting. In over 25 years of teaching young ones, I have never come across material that is so good.

The VBS programs are not only being used for VBS outreaches, but also for various children’s programs. You can find out more about the AiG VBS programs from the AiG website.

Yesterday I was privileged to speak at a local church, Florence Baptist, on the topic of creation evangelism in its large, brand-new sanctuary. This is one of the many churches in our area that supports the ministry of AiG and the Creation Museum. In fact, a number of AiG staff attend this church. I have included a number of photographs for you to get a feel for what it is like when I speak in such churches. The first is of me with pastor of FLorence Baptist Church, Dr. Tim Alexander. 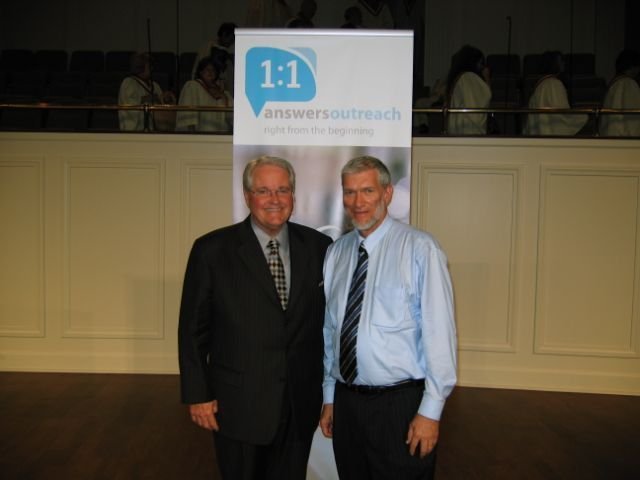 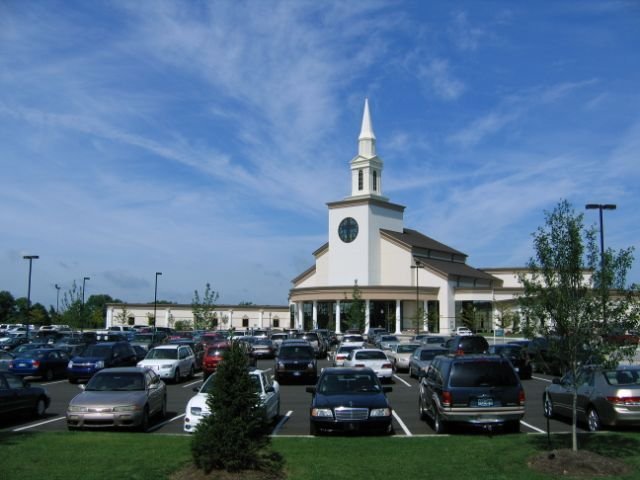 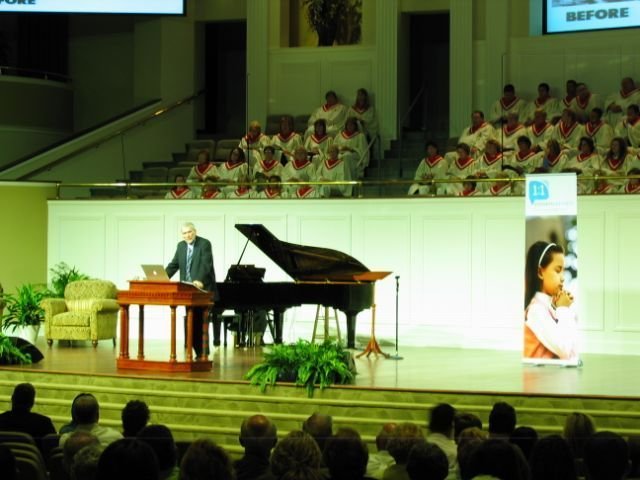 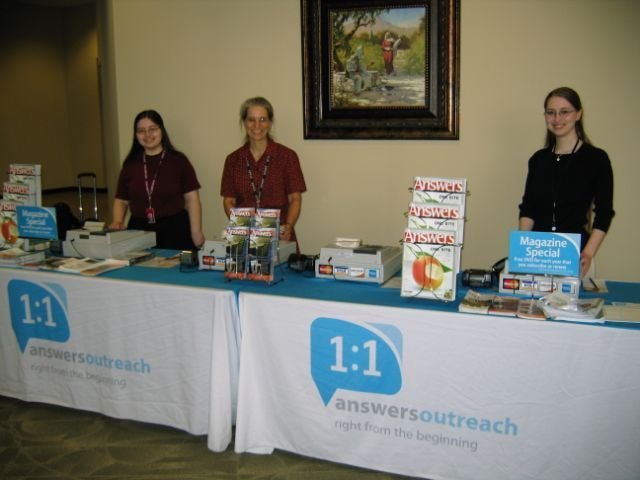 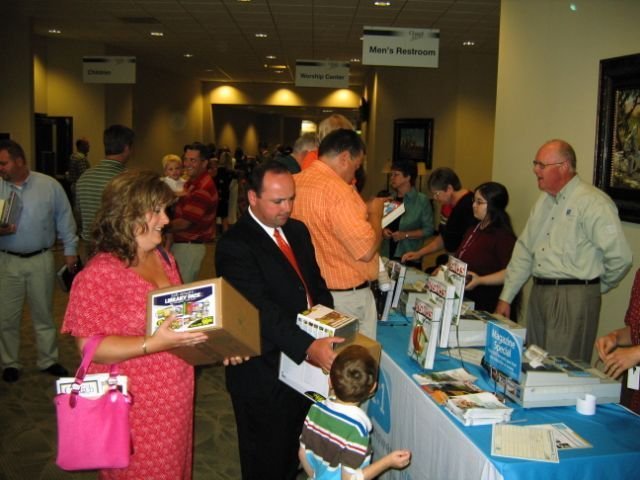 A news item from England dealt with the reaction to a biology examination for students in which a question was asked that included the topic of creation. It is amazing to see that just because the question was asked and creation was mentioned (as one theory of origins), there was an uproar from the evolutionists—students aren’t even allowed to know that people believe in creation! Evolutionists are so protective of their ideas and so afraid of students even hearing about creation that they do all they can to stop academic freedom in regard to this topic.

Pupils were presented with four “theories of how new species of plants and animals have developed”. These included creationism, which is commonly known as the belief that the Earth and its species were created suddenly by God within the last 10,000 years, and intelligent design, its more recent off-shoot. Pupils were also presented with Darwinism and Lamarckism, the theory of organic evolution advanced by the French naturalist Lamarck.

They were then asked to match each theory with a sentence.

Pupils were supposed to place creationism with the observation that “fossils of all the different kinds of animals appear suddenly in the rocks, with no evidence of ancestors”.

They should also have identified intelligent design as theory based on the “complicated way in which cells work”.

A spokesman for AQA said: “Merely asking a question about creationism and intelligent design does not imply support for these ideas. Neither idea is included in our specification and AQA does not support the teaching of these ideas as scientific.

. . . However, we accept that in the context of a science examination this could be misleading and we will be addressing this issue for any future questions.”

. . . But Mr Williams insisted only two of the theories were scientific.

“This gives an unwarranted high profile to creationism and intelligent design as ideas of equal status with tested scientific theories,” he said.

You can read the article on this matter here.

(Luke 24:3) And they entered in, and found not the body of the Lord Jesus.

The empty grave speaks with no words, and yet it does with unmistakable clarity against those who sought and seek to silence the gospel of the Lord Jesus Christ.

Previous Article Italians Hear about Creation Museum and Origins Issue Next Article Will the Church Survive in England?