Three-Quarters of a Million Visitors!

As Aaron and Alicia Roth from Iowa, along with their two-year-old son Elijah (and, to be born next month, their second child) walked through the Creation Museum doors yesterday, they were greeted by museum staff as the 750,000th guests to visit the Creation Museum since its opening. Ministry CCO Mark Looy and I then met them and had our photograph taken with them: 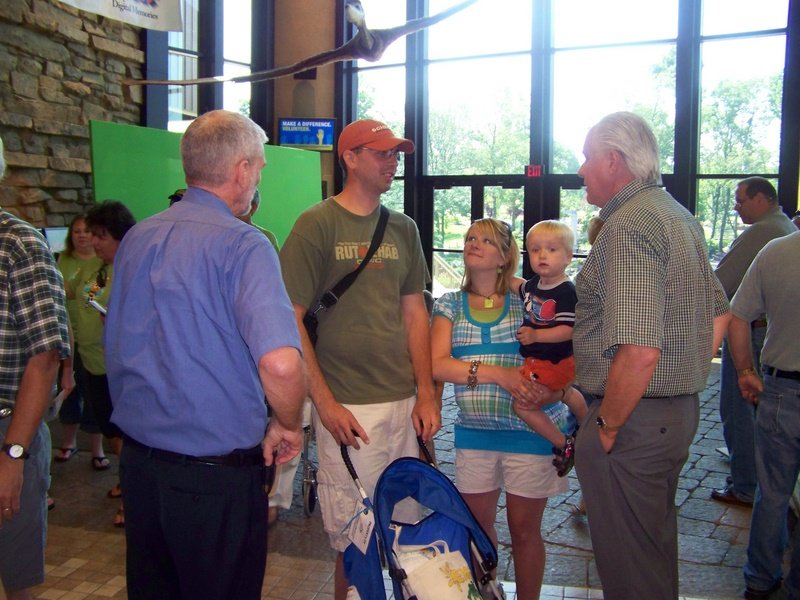 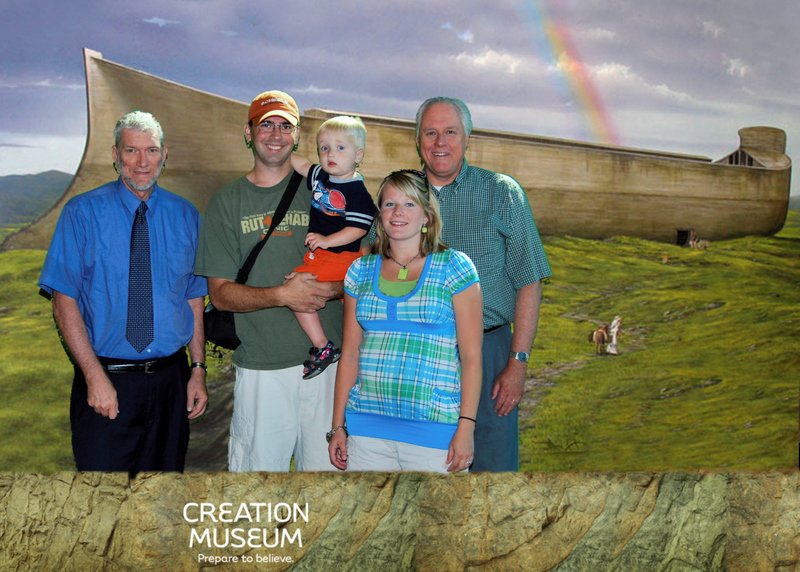 How we praise the Lord for all the people that continue to pour into the Creation Museum day after day. A praise point for us, but for some of the secular paleontologists who visited this past week, they were annoyed and worried by the crowds!

They Pour in from All over the World

Yesterday I spoke twice to a full theater of museum visitors (we use our special effects theater each day for what we call our "speaker series"). At the first session, I asked if there were people from outside the USA. It was thrilling to have people tell me they were from: I have included a photograph of Darin and Vesy Ivanov—who pastor in Bulgaria. Darin also has an evangelistic and apologetics ministry in Bulgaria and works with pastors.

He has translated four AiG booklets:

He made a statement that, because of the booklets, when the people of Bulgaria think of creation groups, they think of AiG. He has also done some translation work for Dr. Terry Mortenson of our staff. He will be holding a pastors conference beginning 8 July and wants to translate and distribute more AiG materials. I had a photograph taken of myself with Darin and Vesy in the Dragon Hall Bookstore. 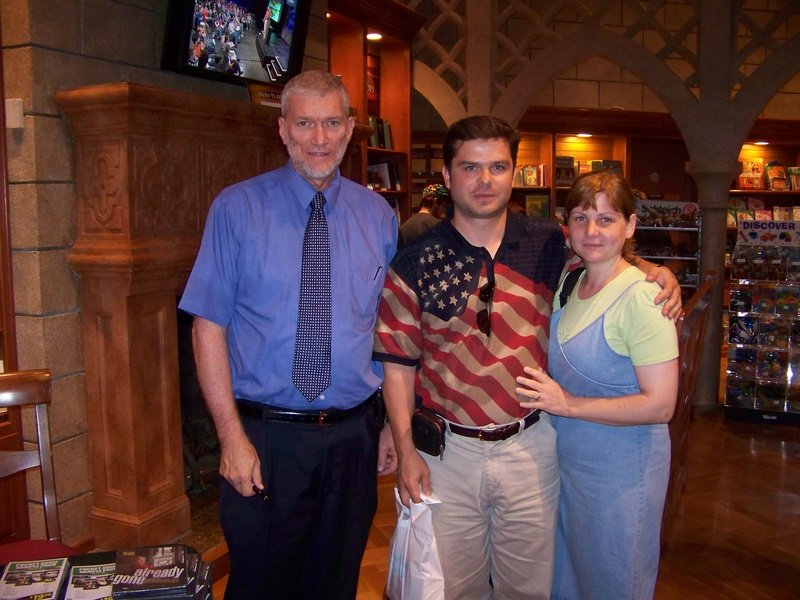 This morning I will be doing a book signing for the new release (already a bestseller) Already Gone at Family Christian Stores in Florence, Kentucky. All those who purchase a book will also receive a coupon for "buy one and get one free" entrance to the Creation Museum (about 15 miles away). You can purchase single copies of Already Gone and discounted packs of 10 and case lots from the Answers Bookstore.

The "State of the Nation" address I gave Thursday night inside the museum can now be viewed on the AiG website. You can also preorder the DVD and it will soon be available for download as well.

Here is a press release we sent out about the address:

PETERSBURG, Ky., June 26, 2009 – The world-renowned Creation Museum hosted its first-ever live video Web cast Thursday evening, featuring a presentation by Founder and President Ken Ham on “The State of the Nation.” Watched by tens of thousands of people on the Web and heard by a huge radio audience around the country, via American Family Radio, the Web cast featured Ham discussing the status of Christianity in the U.S., following President Obama’s recent comment that “whatever we once were, we are no longer just a Christian nation.”

While Ham acknowledged that America is no longer the great Christian nation it once was, he saw the president’s comments as an outright attack on Christianity. Ham especially noted that the president has subsequently issued statements in support of equal rights for the homosexual community and has gone so far as to proclaim June 2009 “Lesbian, Gay, Bisexual and Transgender Pride Month.”

The issue of whether or not we are a Christian nation is more than a culture war and a clash of worldviews, but comes back to the very foundation of the Bible, Ham said. Issues like abortion and homosexual behavior are merely symptoms of the real problem, and churches have wasted millions of dollars fighting these symptoms rather than getting to the heart of the matter – the Word of God.

Ham explained that for too long, Christians have been looking for a political solution to a spiritual problem. “In order to change the culture,” he said, “we need to see hearts and minds changed.”

As part of the solution, Ham presented the results of a recent study commissioned by the museum’s parent ministry, Answers in Genesis, on why young people leave the evangelical church. The study was conducted by America’s Research Group, under the leadership of Britt Beemer, who co-authored a book with Ham on the study, “Already Gone.”

Ham calls for a new Reformation – this one in Christian churches across America, which have stopped teaching the Bible as real history and have only been presenting Bible stories and telling children to “trust Jesus.” Ninety percent of children from evangelical homes attend public schools, where they are almost always taught evolutionary thought. “What they are learning at school and on television is blotting out what the Bible teaches,” Ham said.

Ham and Beemer conducted a question-and-answer session following “The State of the Nation” to address issues, including those in the America’s Research Group study.

Answers in Genesis estimates that well over 100,000 people attempted to watch the “The State of the Nation” Web cast last night on either the Answers in Genesis Web site or the American Family Radio site, but the large number overwhelmed the technology. Answers in Genesis’ hosting service crashed twice due to the incredible number of attempts to log in. However, those listening on the 300-station AFR network were not affected. Because of the login problems, this afternoon Ham’s full “The State of the Nation” address will be available to view directly from www.AnswersInGenesis.org. Answers in Genesis’ video crew filmed the presentation using high-quality, digital equipment encoded the video presentation for public viewing. Later, the Web cast will be offered for purchase as a download or as a DVD.

Answers in Genesis is a biblical apologetics ministry and a nonprofit Christian organization dedicated to confirming the validity of the Bible from the very first verse. In addition to the Creation Museum, which had its 750,000th visitor this morning (since its grand opening in May 2007), Answers in Genesis outreaches include more than 300 teaching meetings each year, an award-winning Web site and magazine, and the “Answers” radio program heard on more than 800 stations throughout the United States. We are already receiving some very positive comments about this address and many preorders for the DVD—and we expect many thousands to view the video online. We will also be putting it on YouTube.

We have just heard the presentation given by you and Mr. Beemer. We are overjoyed at hearing everything we have seen and encountered in the culture, over the last several years, printed through your new book and verbalized in this webcast. At so many churches we have seen all across the nation, there has been such an incredible amount of apathy and utter abandonment of Biblical authority and a loss of reality in the faith. We have also seen the increasing hostility towards Christians, even by our extended family members because of our faith.

Previous Article The Good News and the Bad News Next Article Who Is Doing the Brainwashing?