You can see the 7 K’s on the scan of the cover below. Because it is related to the French language, you will be able to see the similarities with the English words we use for the 7 C’s. AiG resources are currently being translated into many different languages all across the world. We praise the Lord for the way He has opened doors for this information to be spread far and wide.

Here are some scans from this booklet in the Kreyol language. 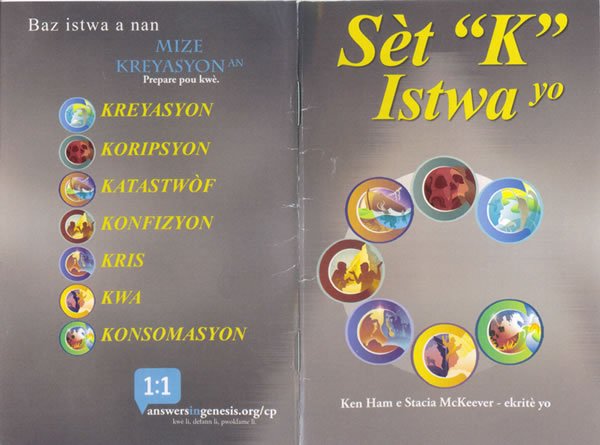 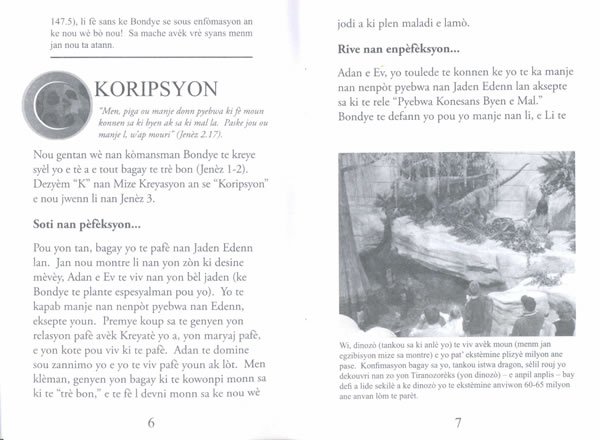 Mastodon Gets Its Head!

The cast of the giant mastodon skeleton being assembled in our Answers in Genesis workshop for future display in the Main Hall of the Creation Museum received its head and ribs today. I have included two photographs of this giant creature that we believe will be a real hit when it is installed in the Creation Museum at the end of the month. 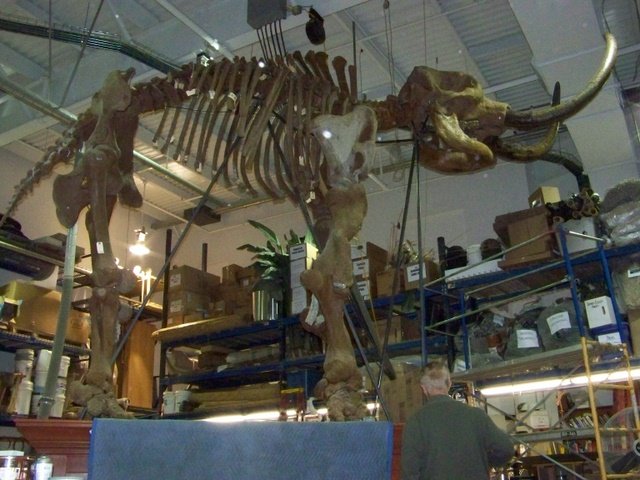 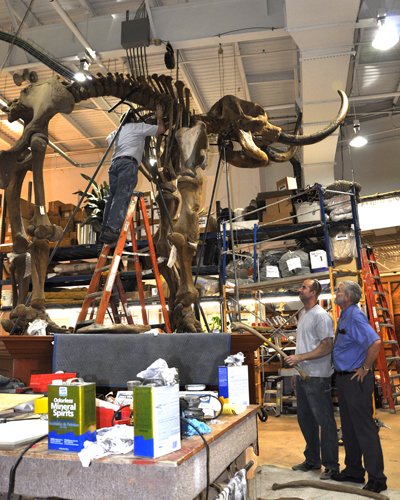 Answers for Darwin Conference in California This Weekend

Dr. Dave Menton and I travel to California this weekend to speak at an Answers for Darwin conference to be held at Horizon Christian Fellowship in Rancho Santa Fe, California (near San Diego ). Here is the advertisement sent out from the church:

COMING UP IN LESS THAN 10 DAYS! This is a don’t miss opportunity. You will be stunned by the impact of this highly recommend conference for adults and youth. There is more to the stumbling block of evolution than meets the eye. Once it is removed, you will be able to joyfully embrace the entire Word of God and become a confident Christian and a creationist. Please, recommend this conference to neighbors, friends, family. This information will change hearts and minds and transform lives! 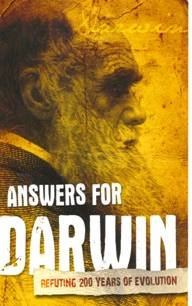 6:00 PM Ken Ham: The Relevance of Genesis in Today’s World

8:00 AM Ken Ham: The Relevance of Genesis in Today’s World

9:30 AM Ken Ham: The Relevance of Genesis in Today’s World

11:15 AM Ken Ham: The Relevance of Genesis in Today’s World

6:00 PM Ken Ham: How to Reach the Secularized World with the Gospel

On May 26th, Master Books released the title, Already Gone: Why Your Kids Will Quit Church and What You Can Do to Stop It. Written by Answers In Genesis (AiG) President and CEO Ken Ham and America’s Research Group (ARG) Chairman Britt Beemer, Already Gone states that, “From across Christendom the reports are the same . . . most youth of today will not be coming to church tomorrow.”

Based on an ARG survey of 1,000 young adults who have left church, the book’s authors say that more children are lost by middle school and high school than in college. Survey respondents were divided into two groups: those that have left church and never plan to return, and those that plan to attend church on holidays someday when they have children. Of the first group, 56% said that secular science had taught them to doubt the Bible. And while most in the second group believe in Jesus Christ and consider themselves “saved”, they are troubled by perceived inconsistencies in organized Christianity.

“The Bible is relevant to them,” note the authors, “but the Church is not.” Already Gone also offers a detailed analysis of Sunday School programs and explains why most are “statistical failures”.

You can purchase Already Gone from the AiG online bookstore (there are special prices for bulk copies).

You shall no more give the people straw to make brick, as heretofore: let them go and gather straw for themselves. And the tale of the bricks, which they did make heretofore, you shall lay upon them; you shall not diminish ought thereof: for they be idle; therefore they cry, saying, Let us go and sacrifice to our God (Exodus 5:7–8).

When we dedicate ourselves to spend time with the Lord Jesus Christ, we battle against being called idle, work cries out to be accomplished which distracts us.

Previous Article Space Shuttles and Robots Invade Churches! Next Article What Is the Real State of the Nation?