I have included some photographs of the luncheon: 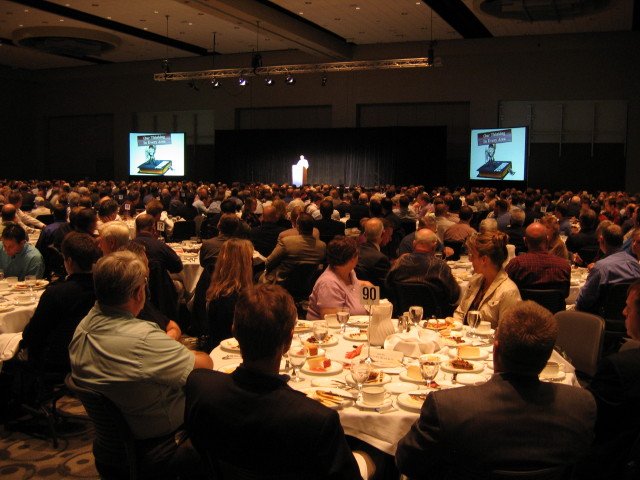 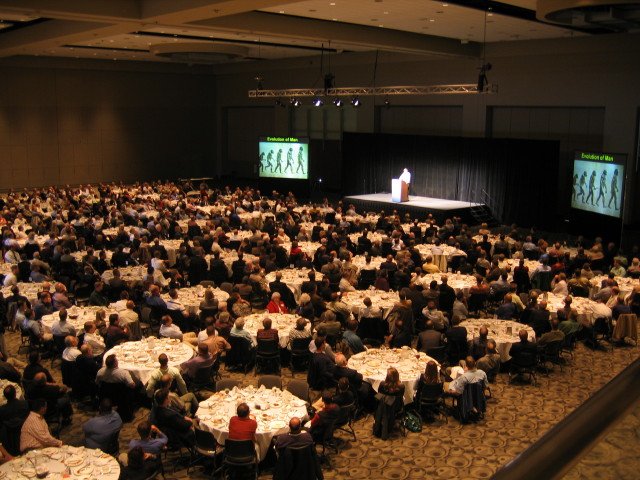 I have also included a photograph of myself with my good friend of 20 years, Craig Baker, who is one of the main visionaries behind the upcoming AiG conference. 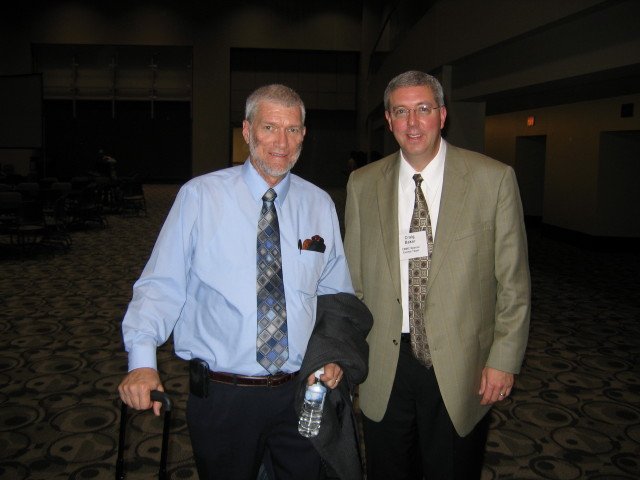 I praise the Lord for the dedicated committee Craig has brought together who have already been working very hard to see this conference become a great success.

AiG has been looking forward to the visit of long-time friends Dr. and Mrs Gary Parker. Gary is one of the most well-known creation speakers/authors in the world. He and Mary contributed greatly to the start-up of the AiG ministry. Gary will be speaking to the staff today and giving a guest lecture in the Museum. I look forward to reporting more on this special day.

Honeymoon at the Creation Museum

John & Jan Christian from St. Louis are visiting the Creation Museum for three days. John has been active in the same creationist group as AiG’s Dr. Dave Menton back in Missouri and has heard him speak many times. John & Jan were just married Saturday and are on their way to Georgia for the impending birth of Jan’s grandchild. John wanted to stop here on their way so they are spending their honeymoon at the Creation Museum! They were here yesterday and listened to Dr. Georgia Purdom, came back today for Bodie Hodge’s presentation, and intend to stay to hear Dr. Gary Parker today.

I was told that they met at church during a theater presentation of Frank Peretti’s novel Tilly (dramatized by Henry O. Arnold) that the Destination Theatre Company was presenting. John was playing the part of the preacher and Jan’s daughter was also in the play as Tilly’s mother, Kathy. They had both lost their spouses (John is 68 and Jan is 60) and were instantly attracted to each other. John wrote the following song and sang it to his bride during the ceremony:

Out of loneliness my heart cried “I’ve no one to sing love songs to!” God heard my cry He prompted a call “Can you play a part in the Tilly play?” “Sure,” said I, And met the one who calls out my love In songs and words and deeds. 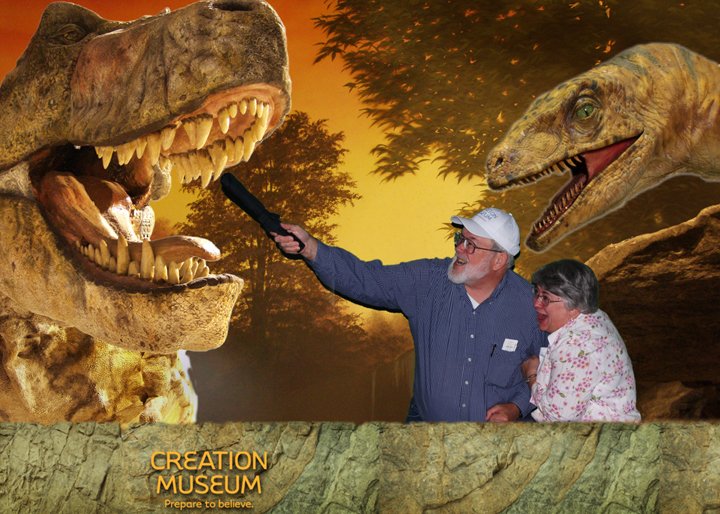 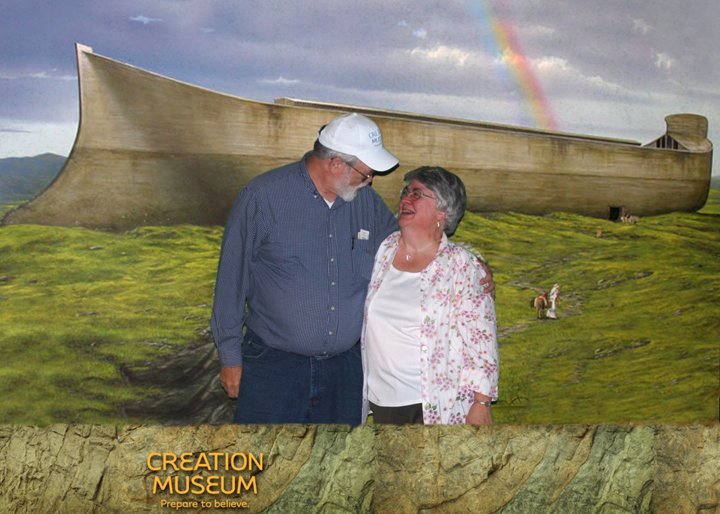 You just never know who you might meet at the Creation Museum.

(1 Kings 11:6) And Solomon did evil in the sight of the LORD, and went not fully after the LORD, as did David his father.

It is not the evil of a complete turning away from the Lord Jesus Christ that is our present danger—it is the evil of half-hearted devotion, of not fully following Him. Thanks for stopping by and thanks for praying,