On Friday morning our first Answers WorldWide Medical Outreach team, Drs. Tommy and Elizabeth Mitchell and Laura Perrien, left Cincinnati for Saipan. The journey from Kentucky to Saipan took almost 27 hours. Here you see a photo of our three gallant travelers before the trip began.

The photo of the team after arrival is not shown for humanitarian reasons!

There was a praise point for this outreach effort almost before it began. The flight schedule had the team connecting in Houston, Texas, for the flights to the Pacific. As you are aware, Hurricane Ike was bearing down on the Texas coast that very same day. The Houston airport was to be closed around noon that day due to the threat of this severe storm. Fortunately the team’s outbound flight left Houston at 9:30 AM, about two hours before the airport shut down. Rerouting the team at that late date would have been extremely difficult. Fortunately, all went well and the team arrived right on time!

On Sunday morning Dr. Mitchell spoke at the English service for the Christian Bible Church. His message was about understanding the nature of God as Creator.

Sunday evening Dr. Mitchell spoke again at the church giving an overview of the messages to come this week. The Chinese interpreter made the message plain for the Chinese-speaking members of the crowd. Following the service, while enjoying a snack supper celebrating the Chinese moon festival, Tommy answered many questions that had burdened his listeners and more questions the message had raised.

There have been many calls about the meetings scheduled at the church. Dr. Wei even got an inquiry from a Korean couple that was visiting the island. They read about the talks in a newspaper ad about the conference. The medical outreach is scheduled to begin Monday morning. Please pray that both the physical and spiritual needs of those who come can be met.

People drove from as far away as Salt Lake City, Utah, Montana, Idaho, and other places to attend the two morning services where I spoke at Community Bible Church in Jackson yesterday. One man told me he had become a Christian a number of years ago, but evolution and millions of years were a big stumbling block to him. Someone showed him a set of AiG videos, and he said he hasn’t looked back since, growing tremendously in the Christian faith.

I have included a number of photos from Sunday morning:

1. A Sunday school class from Idaho that were traveling to Yellowstone for a three-day Creation field trip. Praise the Lord for the church leaders responsible for organizing such a trip for these kids. They decided to make their first stop for this trip my speaking in Jackson. 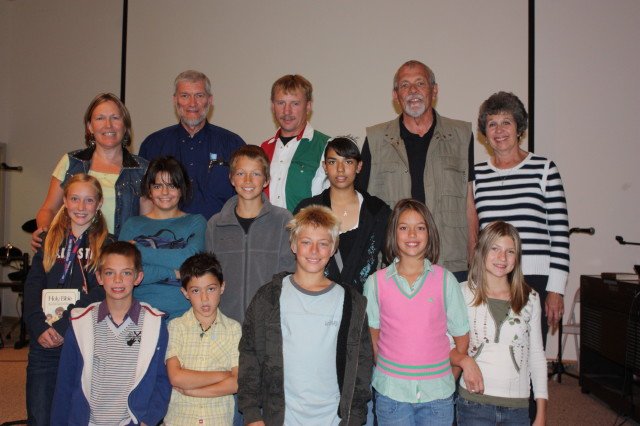 2. Photos of the filled auditorium while I spoke 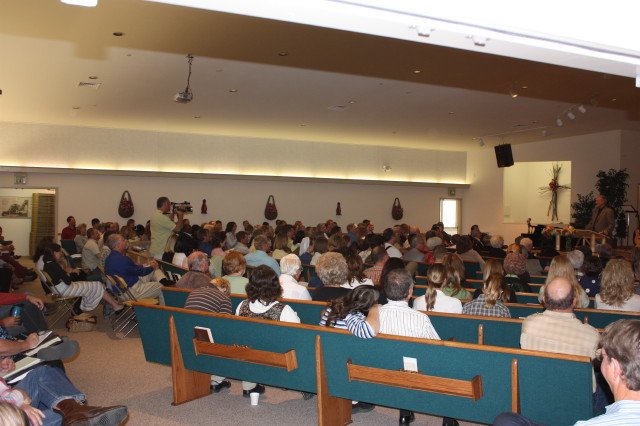 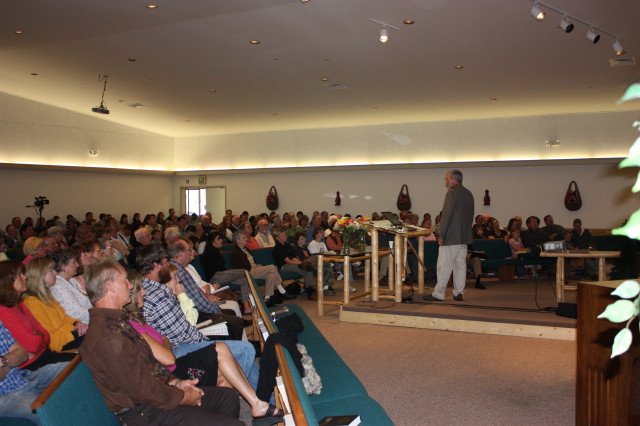 3. A photograph of the pastor of the church, Pastor Don Landis, and me taken outside the front of the church—Don is also the chairman of the Board of Directors of AiG. We praise the Lord for the phenomenal spiritual leadership Don has given to the AiG Board of Directors as they have worked through many situations over the years. How thankful we are to have a board chairman who stands uncompromisingly on the Word of God and is prepared to stand on biblical principles regardless of the opposition of others, including other leaders! 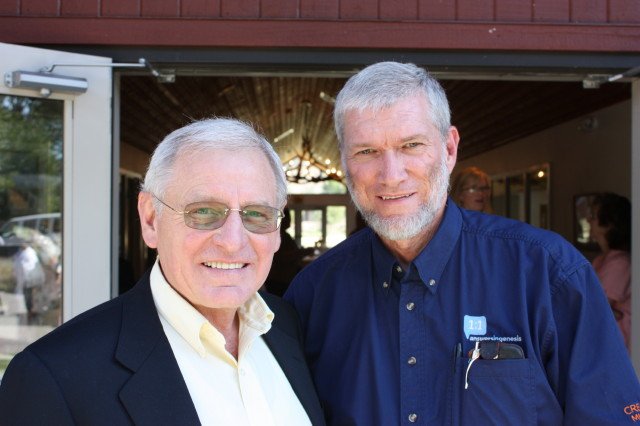 4.  A photograph of Don Landis, his wife Bev, Mally, and me taken outside the front of the church 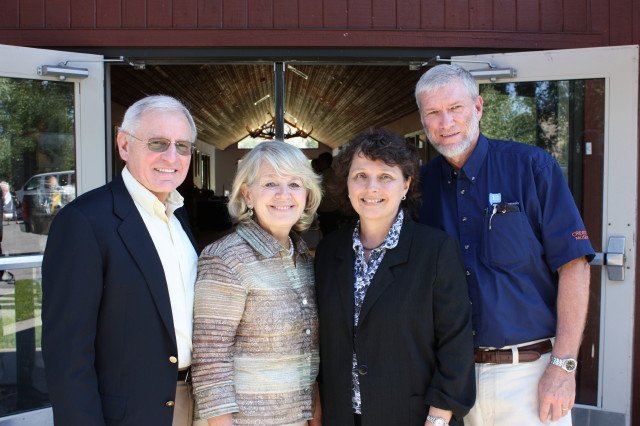 We had some wild weather in the Cincinnati area yesterday. Sustained winds of over 70 mph with gusts greater than this. Many in the area lost power. We had to close down the Creation Museum for a time because of power failure. A number of trees came down in the AiG grounds (pray for the landscaping staff as they clean up today). We lost a beautiful maple tree at our house that snapped off—and some damage to siding on the house. All across the Midwest many homes and properties were severely damaged. Please pray for all those who have suffered hardship because of the hurricane and other bad weather. I’m sure there are churches and Christian families in Texas in need of our prayers and support because of the massive damage done by the hurricane.

Today I will speak to the students at the small, but very unique, Bible college that Pastor Don Landis runs in Jackson.