’Children should be taught about creationism in school biology lessons, a leading scientist said today. Professor Michael Reiss, director of education for the Royal Society, said banning creationism from the classroom could backfire at a time of growing religious fundamentalism. Creationists take a literal view of the Bible and Koran and believe that the world was created in six days. Some argue that the universe is less than 10,000 years old and that evolution is a hoax. Professor Reiss, a Church of England minister and former biology teacher, said he strongly believed in teaching the theory of evolution to children. But rather than dismiss creationism as wrong or stupid, teachers should be prepared to discuss it as another 'worldview'.

You can read the entire article at: http://www.dailymail.co.uk/news/article-1054650/Children-taught-creationism-school-scientist-says.html

We do get quite a number of people coming to the Creation Museum to celebrate a wedding anniversary or a birthday, etc. However, I thought one particular celebration deserved mention (and a photograph).

The photo below is of Nolan Eugene Petry of Hudson, Ohio, and his sister Genaviv Summy of Vancouver, Washington. They visited the Creation Museum with other family members to celebrate Nolan’s ninety-second birthday, September 11. He received many congratulations, a free museum souvenir guide , and a complimentary picture from AiG’s Foto FX booth. 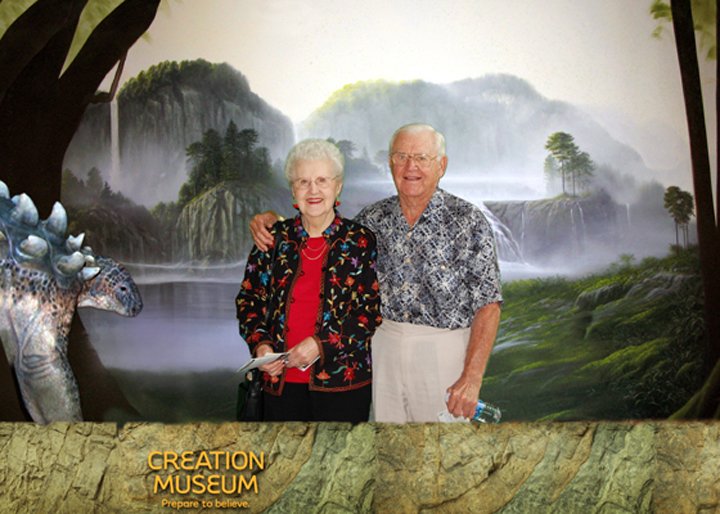 A MEDIEVAL ‘HANGING’ AT AiG

The Dragon Hall bookstore at the Creation Museum is patterned after a medieval castle---with a dragon theme. AiG staff recently finished the medieval light structure that is now hung above the counter in the bookstore. I have included a photograph of the ‘hanging.’ 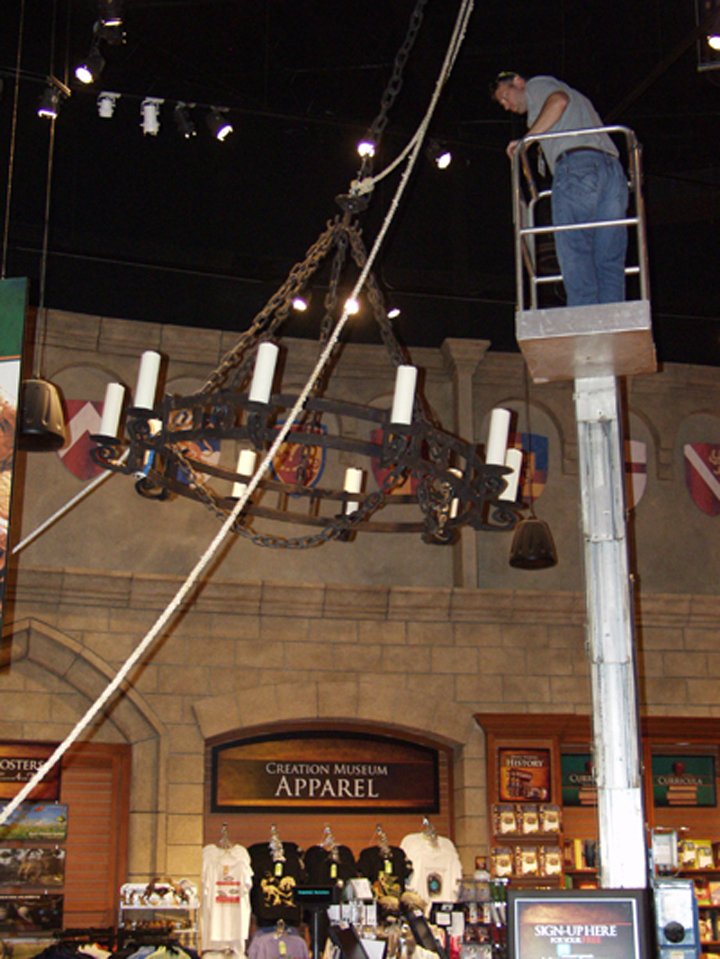 Today I will be speaking at Community Bible Church in Jackson, Wyoming. We are expecting a lot of out of town visitors.