Do you remember the unusual blog item I wrote about last month—about the horseshoe crab (a man-made auditorium with a crab shell as its roof) that we donated to a church in Ohio a few years ago, and which was to be used for a very special evangelistic outreach on Labor Day weekend (that just passed)?

Jim Rankin, the pastor who organized the event, wrote us the following report yesterday—and sent a fascinating photo. 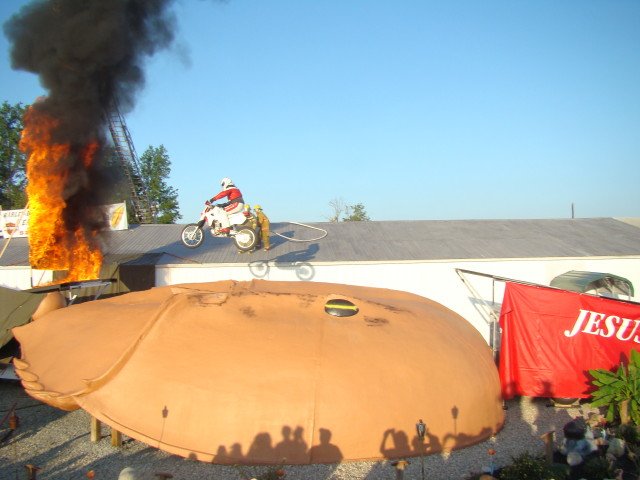 The 15-foot flaming firewall was our symbolic "breaking out of the gates of Hell and landing safely with Christ." The Crab represented the obstacles we have to go over.

Sullivan is the former bodyguard to the famous daredevil Evel Knievel—he officiated the graveside service for Knievel's funeral last year. Jim told us too that he, along with Sullivan, and the church staff ministered for nearly two hours to hundreds of people who indicated that they wanted to give their lives to the Lord. Plans are already underway for CrabFest ’09, he informed us.

Representatives from City Cure and City Gospel Mission of Cincinnati visited AiG yesterday and spoke to the staff at the morning staff/devotion time. Roger Howell gave some exciting and touching testimonies concerning how this inner city mission has ministered to hurting people. Thanks, Roger, for encouraging and challenging our staff concerning reaching out to others in need. 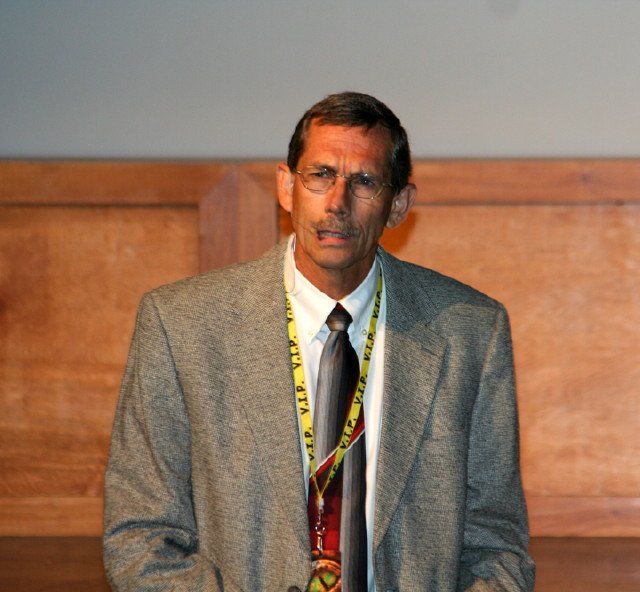 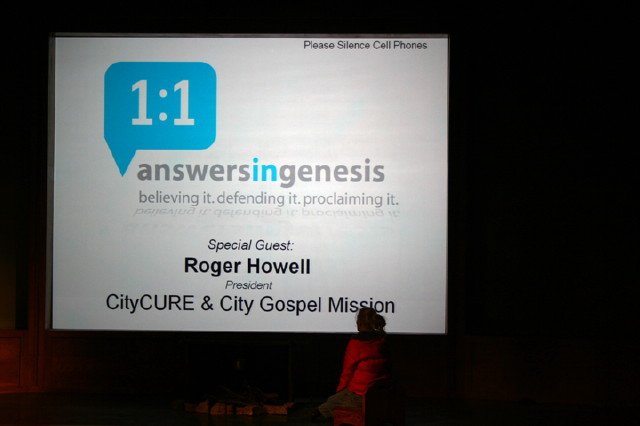 Last night, staff and families gathered in the AiG/Creation Museum grounds for a meal provided for them as part of our Staff Appreciation Week.

At yesterday’s pastors’ luncheon (we usually do at least one of these a month), a group of pastors from Spanish-speaking churches was in attendance. I have included a photo of part of the group as I spoke to them and showed them a clip from our Spanish videos. 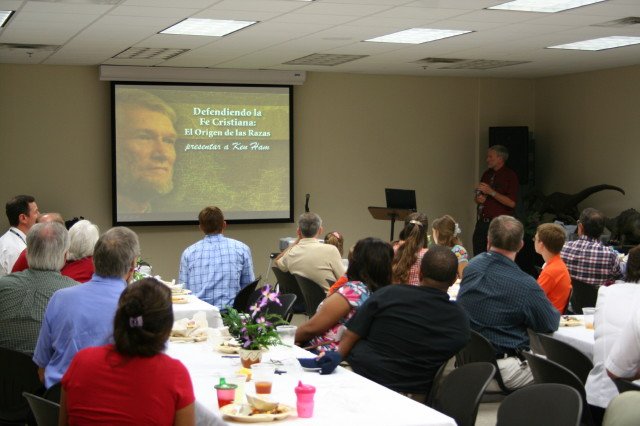 When I received today’s devotion, I was reminded of my recent trip to India. As I saw the poverty and the living conditions people live in—most of the Christians I met who obviously had very little in the way of material goods, yet showed the joy of the Lord—what a reminder it was to me of how we get so wound up in our own little world, so worried about our so-called "rights," letting our own pride get the better of us while we forget about and neglect the priority of bringing the gospel to the lost.

(1 Samuel 9:20) And as for thine asses that were lost three days ago, set not thy mind on them; for they are found. And on whom is all the desire of Israel? Is it not on thee?

We so easily become concerned and caught up with the temporal and neglect eternal work that God expects us to prioritize of bringing the Gospel to the lost. Thanks for stopping by and thanks for praying,