This is an exciting report about a church from Japan whose members came to the Creation Museum recently. Carl Kerby, who is married to a Japanese woman (Masami) wrote this report about this visit for me:

Last year a young man from Japan named Shigeyori came and lived with us for 3 months and worked as a volunteer at the Creation Museum. In addition I also went to Japan to speak at his father’s church after he went back home. As a result their church got so excited that they decided to come and see the museum for themselves.

Three days ago Masami and I had the privilege of showing their entire church around the Creation Museum for two days. Since we had visited them, their congregation took all of the Museum DVD's and had them translated into Japanese. They then had them put onto a portable viewing device so that as they went through the Museum, they could watch the corresponding DVD to the exhibit in their own language. It was so encouraging. Here's a portion of a note Shigeyori sent to us after arriving back in Japan.

We were all impressed with the Creation Museum. I am astonished that the Museum is getting bigger as AiG's vision is expanding. I pray God will bless you and AiG more and more. Please pray for a creation museum like yours to be built in Japan. God bless you, your family and AiG.

Thanks Carl and Shigeyori. I have included two photographs taken of some of this Japanese group at the Creation Museum. 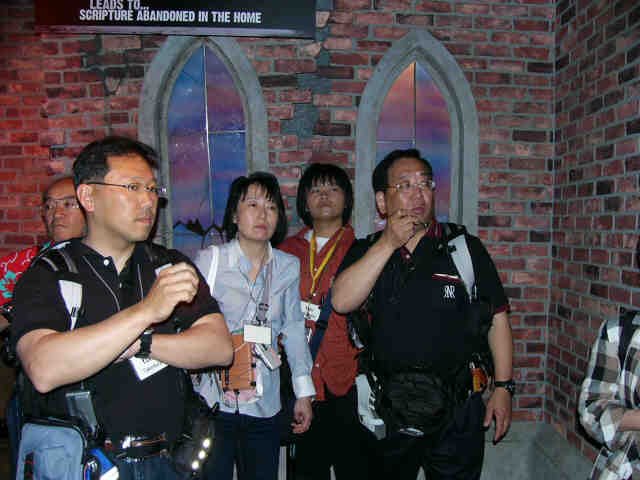 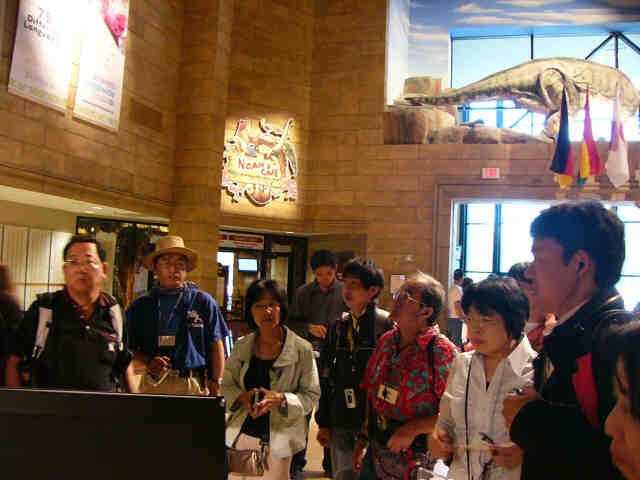 PRAYER POINT FROM CARL: “Please pray for a very important meeting that the Japanese Creation Ministry, "Inochi Arigato no Kai", will be having this July. The head of this ministry is Horikoshi-sensei who has been a long-time supporter of AiG. There's a chance I may need to go over for this to deliver some fossils from AiG so schedules have to be changed, etc. Prayers are really appreciated.”

TERRY AND I AT ABWE

Dr. Terry Mortenson and I spoke a total of six times (plus a question and answer session) at the missionary convention for the Association Of Baptists For World Evangelism, near Harrisburg, Pennsylvania, on Thursday. We will give the same number of presentations today (Friday). We have received tremendously positive feedback from the missionaries present. This program is also broadcast on the web, and ABWE missionaries from various parts of the world are also experiencing the conference via the Internet. We have also received email questions from a number of the those watching over the internet.

I have included two photographs taken Thursday in the ABWE conference room. 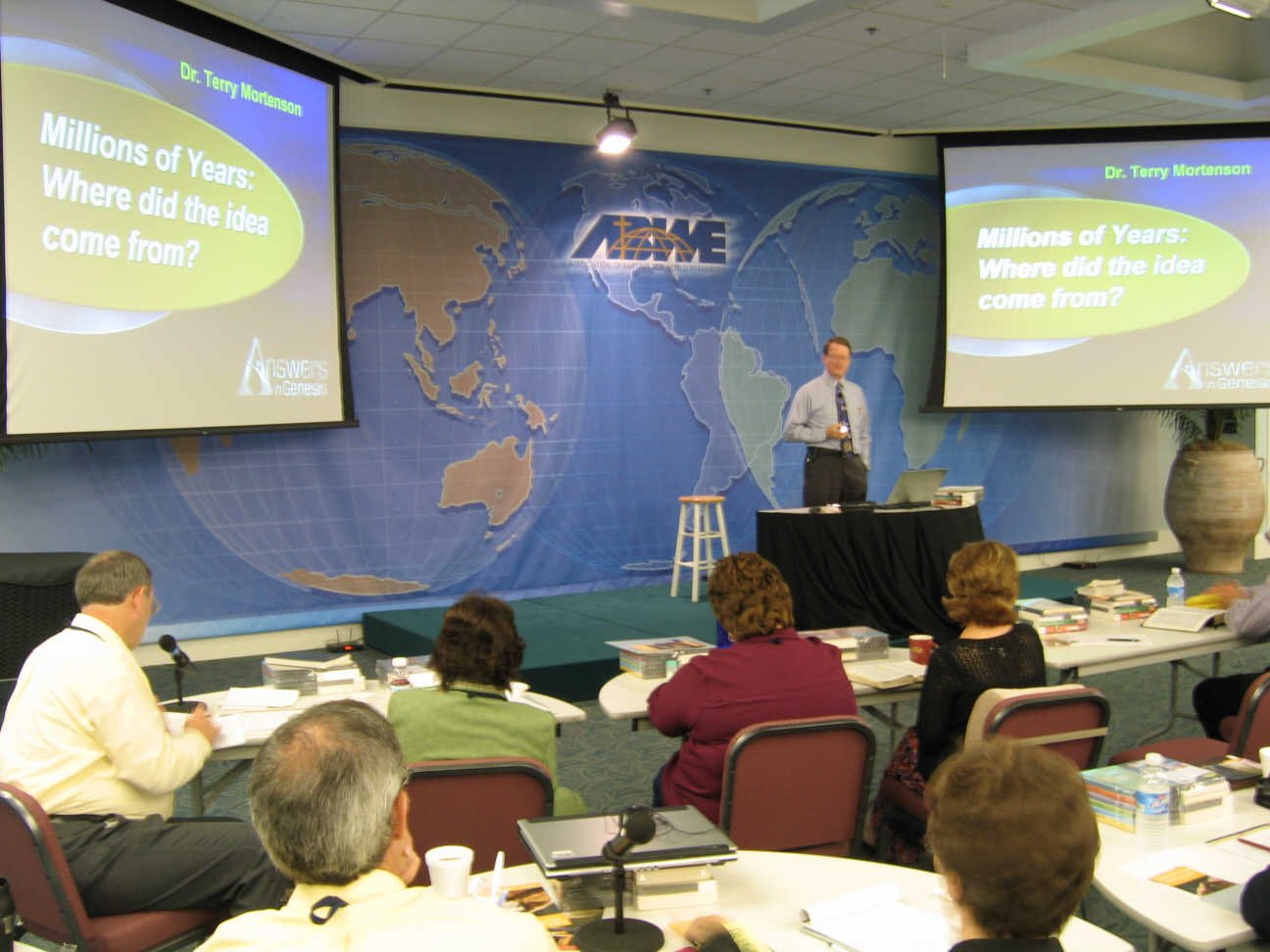 On Saturday and Sunday, Terry and I will speak at an AiG conference at a local church. You can find out more information from the AiG website.

ANSWERS magazine is making a phenomenal impact around the world. With close to 70,000 subscriptions, this publication would be the most widely distributed and read Creation/worldview publication we know of. Don’t miss out—subscribe through AiG’s website. An excited pastor wrote:

I wanted to thank you so much for your publication! As a pastor, I had tears in my eyes as I read my first copy - how assuring to see God's Word being verified at every turn, and your magazine doing it in such a relevant, practical way! I greatly appreciate that every article published is available for download on your website. This will prove invaluable for future Bible studies. God Bless you for your efforts!

When we heard it was going to be Police Officer Memorial Day this week, AiG offered local police departments free admissions to the Creation Museum for police officers and their families for a day. Quite a number of such families responded and came to the Museum on Thursday. We praise the Lord for the opportunity to give these people such a gift, in honor of the tremendous work our police officers do.