Due to my recently completed speaking tour of Scotland and having returned with a bad cold, I asked Mark Looy, AiG's CCO, to represent me and the entire AiG ministry at the funeral of Dr. D. James Kennedy yesterday, at the church where he had presided since 1959, Coral Ridge Presbyterian Church in Ft. Lauderdale, Florida.

Dr. Kennedy, 76, was the Creation Museum's "National Honorary Chairman," and a strong creationist. Thus, it was important that we honored this partner in “creation evangelism” by being there.

AiG’s Buddy Davis has just finished recording a new CD—an instrumental album after the style of Appalachian music. Buddy sent me two photos of the recording sessions. The first one is David Johnson and Buddy. David is a music legend in the recording world. David and Buddy are playing all of the instruments on the CD. The other photo is Buddy in the studio. There are a total of 14 songs on this CD. Buddy plays guitar, mandolin, octave mandolin, harmonica, fiddle, banjo, dulcimer, and dobro. He chose old, familiar hymns for this project. There will be a scenic DVD that will go along with this CD. Dr. Kris Sandlund from Storyteller Studios is producing the DVD. When the DVD is available, announcements will be made on AiG’s website and through the newsletter—keep watching for this unique album. 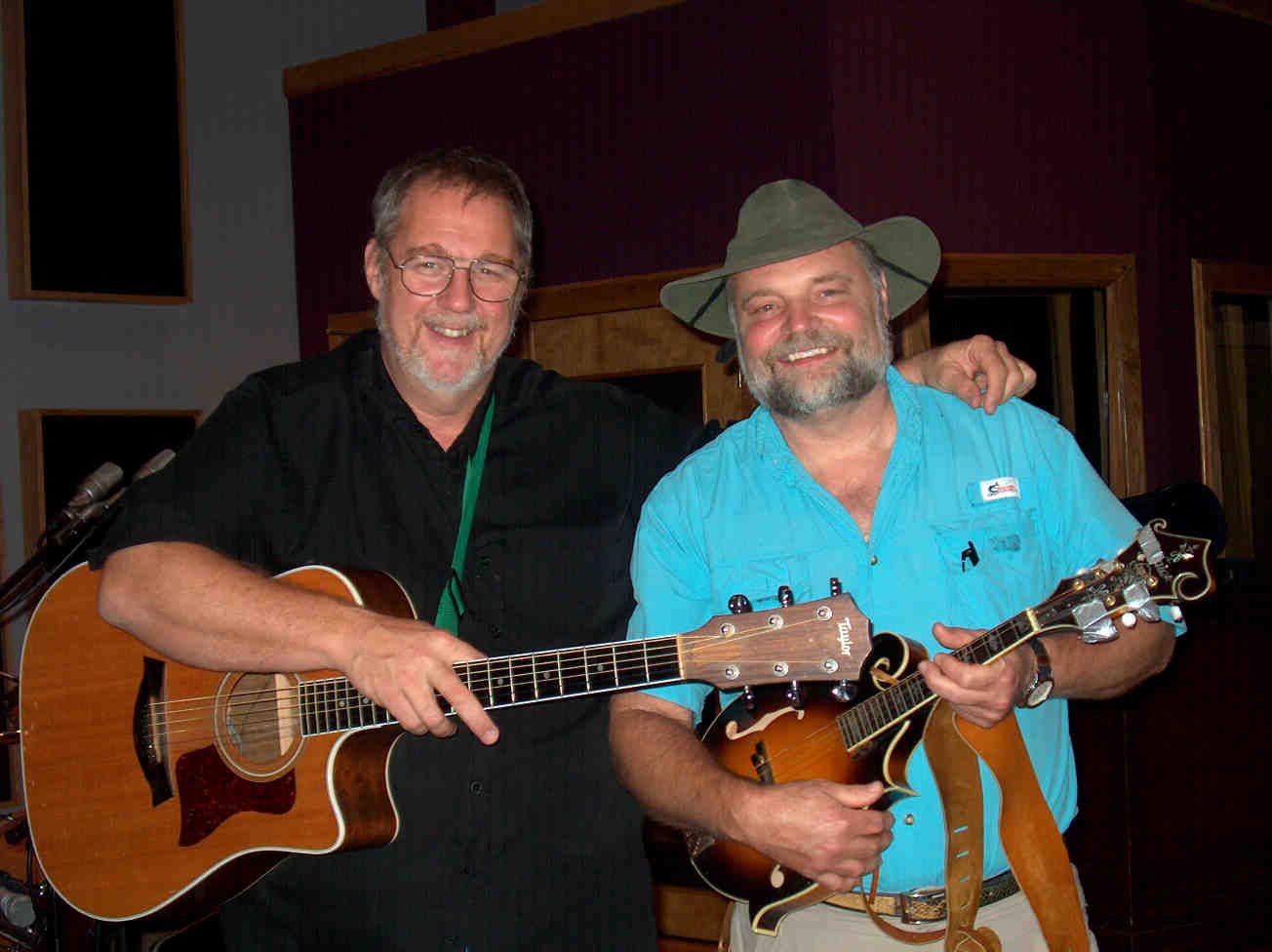 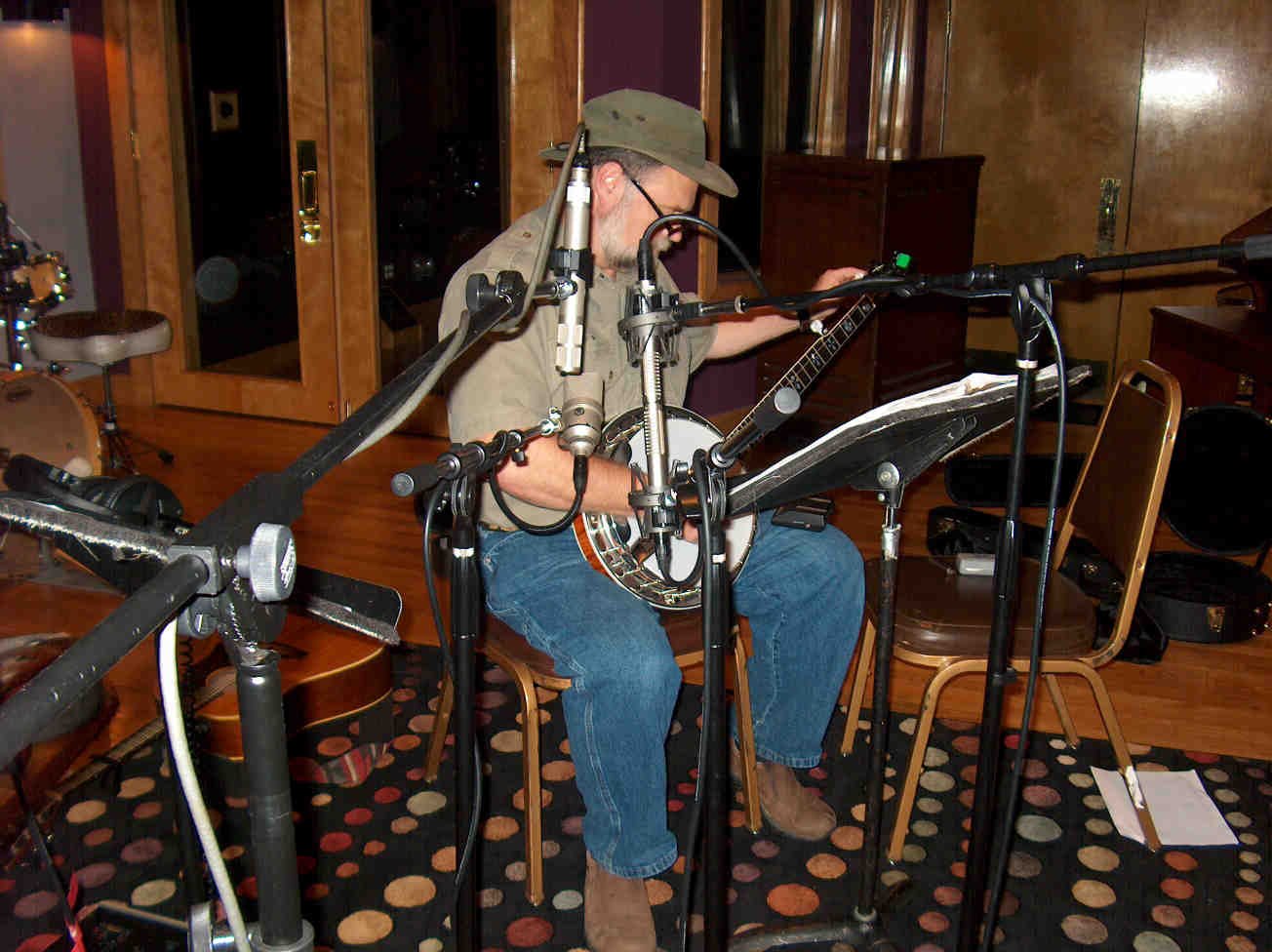 On Thursday I had the honor of showing Rich Bott, executive vice president of the Bott Radio Network (a large network of Christian radio stations) through the museum and AiG offices. We praise the Lord for the Bott Radio Network and their support of the AiG ministry. I have included two photographs taken of Rich and myself at the Museum on Thursday. 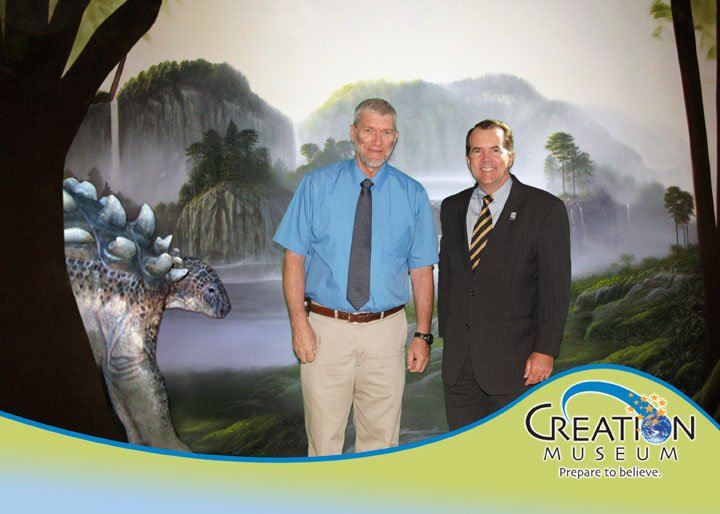 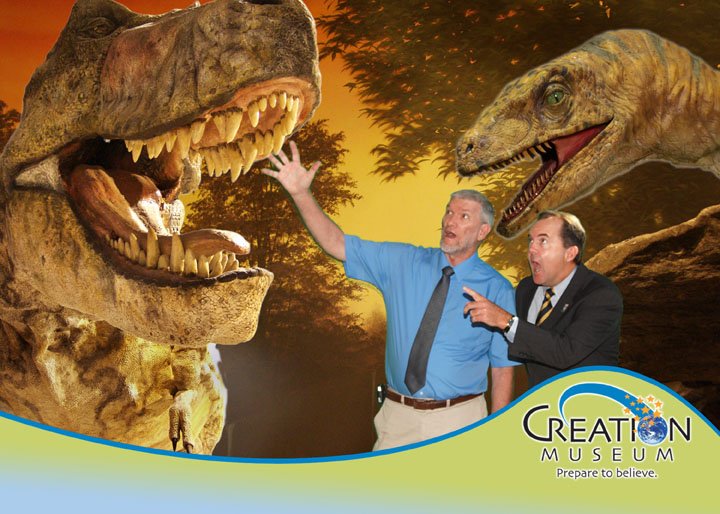 I have had a number of Creation Museum visitors comment on the special exhibit with my father’s Bible and Noah’s Ark replica and a testimony to the Christian upbringing of my siblings and me by our godly parents. Many have said this small exhibit challenged them concerning what legacy they are leaving on this earth. One visitor wrote:

“I just got back from our first trip to the new Creation Museum. I have to say it was one of the most moving experiences of my life. I wept as I went through the various exhibits. We have been following your ministry from the very beginning and seeing the museum finally “fleshed” out in reality was like seeing your newborn child for the first time. As I stood and observed your Father’s bible and replica of the ark I thought “what a legacy”. Thank you for all you have endured on behalf of the body of Christ for faithfully proclaiming the word of truth in spite of such fierce opposition-even from your own brethren. May the Lord shelter and protect you in the days to come. We pray for you and the ministry often. There is so much I would love to say about our experience. It was such a positive family experience I wouldn’t know where to begin. I sum it all up with a hearty “thank you and may god bless you!””

After returning from Scotland, I had a copy of the next Answers magazine waiting for me on my desk. As I flipped through it I praised the Lord for the dedicated and talented staff who produced such a world class publication that upholds the authority of God’s Word—and this issue has an emphasis on just that—the authority of the Word of God. You can get a sneak preview of the magazine on AiG’s website. If you haven’t subscribed, then I urge you to become one of the more than 50,000 current subscribers to this, the world’s leading creation/worldview apologetics magazine.