Among the 5,000 guests over last weekend's very busy time at the Creation Museum was Christian singer and Dove Award-winning performer Nicole C. Mullen. Nicole, who grew up in Cincinnati (just a few miles away from the museum site), now lives near Nashville. She is best known for the song "My Redeemer Lives" (which won the Dove Award for "Song of the Year" in 2001). In 2005, she was picked as the Dove Award-winner for "Female Vocalist of the Year."

Nicole (in the center of the photo) toured the museum on Sunday afternoon with many of her family, including two of her children (who are standing in front of her): Josiah, age 4, and, to his left, Jasmine, 14. Her husband David was back home with two of their other children . 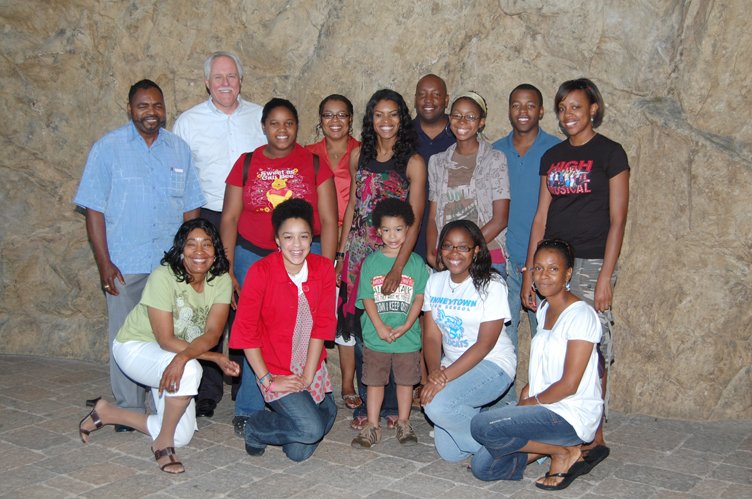 She told AiG's Mark Looy (on the left in the photo) that the museum exceeded her expectations. She and her husband have used AiG materials in their homeschooling, including The New Answers Book and the DVD One Blood: the Biblical Answer to Racism.

By the way, if you have ever wondered what the initial "C" represents in her name, it comes from her maiden name, Coleman. (Her parents, the Colemans, are also in the photo at the far left).

Dr. John Whitcomb, coauthor of the famous Genesis Flood book has a real burden to reach the Chinese people with the creation/gospel message. Recently he endorsed AiG's 2007 trip to Saipan to produce a set of DVDs for distribution to Chinese-speaking people. Dr. Whitcomb wrote:

We are asking many people to pray for this project to reach millions of Chinese-speaking people with God's precious Word! In Christ, John Whitcomb Following is the report that Dr. Whitcomb sent out:

Saipan is the largest of the Mariana Islands in the western Pacific. Answers in Genesis will be sponsoring a conference there in November. The AiG team, including Ken Ham, will videotape the conference, and it will be translated instantaneously into Chinese. The videos will then be provided free of charge to the Chinese-speaking world.

Dr. Christian Wei, President of Eucon University, is heading up this project in Saipan. He is also translating many of Dr. John Whitcomb's lectures. AiG WorldWide requires five translators to be involved in every project to make certain that the translation is accurate. Further, every translation team is required to sign a copyright form that protects the materials and guarantees that the message is not changed in any way.

Dr. John Whitcomb's and Ken Ham's translated materials will be provided free of charge in the developing countries where there is a major Chinese population.

WorldWide has extensive contacts with people throughout the Chinese-speaking world, and distribution of these materials will be global. In fact, we are putting together a complete listing of every evangelical Chinese church in the USA and Canada. The Chinese Project in Saipan, and the translation of Dr. Whitcomb's materials, will cost between $34,000 and $50,000. We are dependent on God's people around the world to help us reach these goals. Dr. David R. Crandall / AiG WorldWide PO Box 510 Hebron, Ky 41048-0510 (859)727-2222 July, 2007

I have also included two photographs of special Family Camp guest speaker Brian Edwards, as he visited the Cincinnati Museum Center (which houses the evolutionary natural history museum) before he left for his home in England. 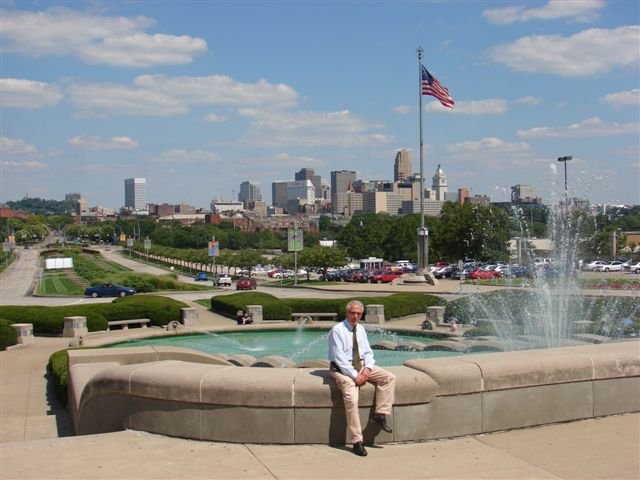 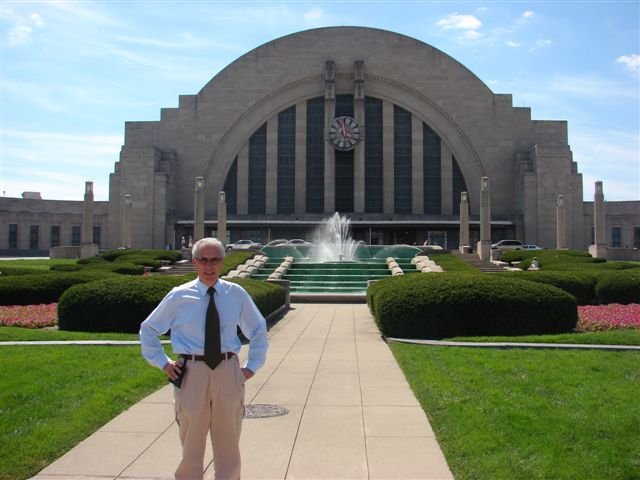