I've included a number of photographs taken on Sunday of the final sessions at the Family Camp. After Stephen Ham spoke on his Answers For Life creation evangelism curriculum, Buddy Davis led a half-hour of praise and worship, and then special guest from England, Brian Edwards, gave a stirring message on “The Authenticity of Jesus.” What a wonderful end to a week of great blessing.

As people were leaving, one lady told me that she and her husband became Christians a few years ago as a result of AiG resources. She said they both thought the picture of ape-like creatures to people was real, and when they found out it was just an artist’s illustration of evolution, they were astonished. AiG materials were integral in the Lord saving them.

I heard other testimonies of salvation, being “set on fire” for the Lord, parents changing the way they educated their children, and so on, as a result of the AiG ministry.

Over the coming months, the AiG media department will be producing DVDs of all the speakers at this Family Camp. 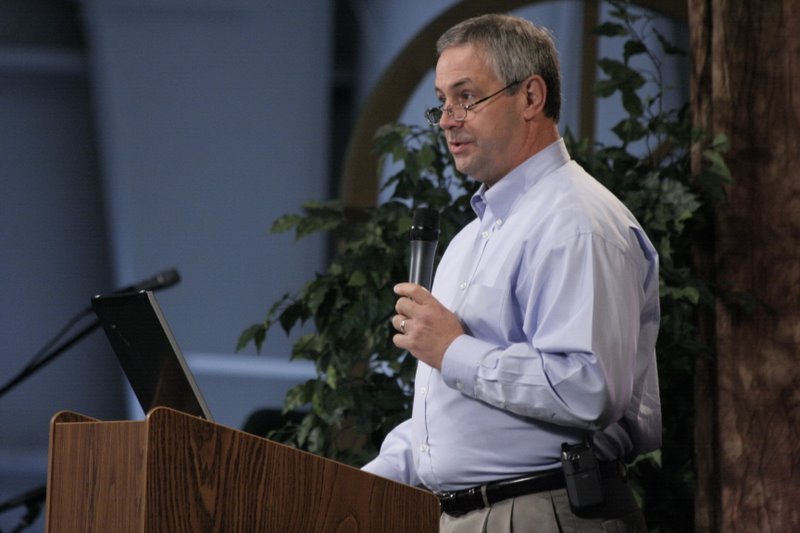 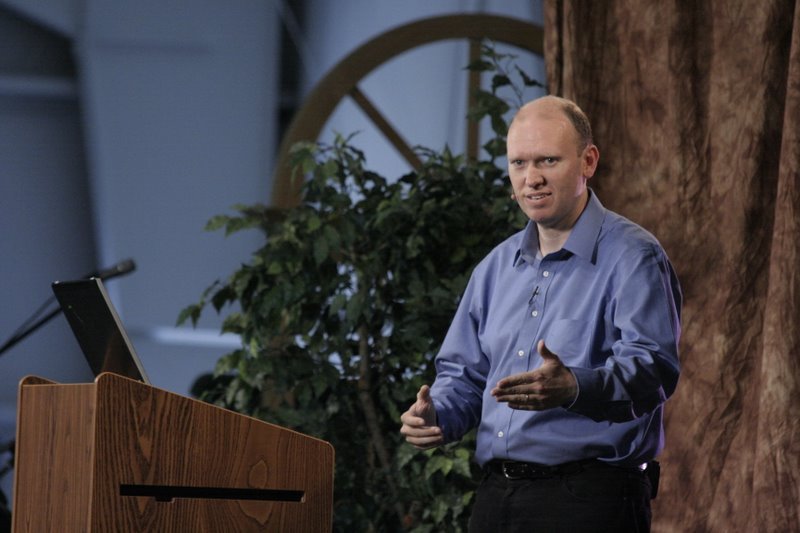 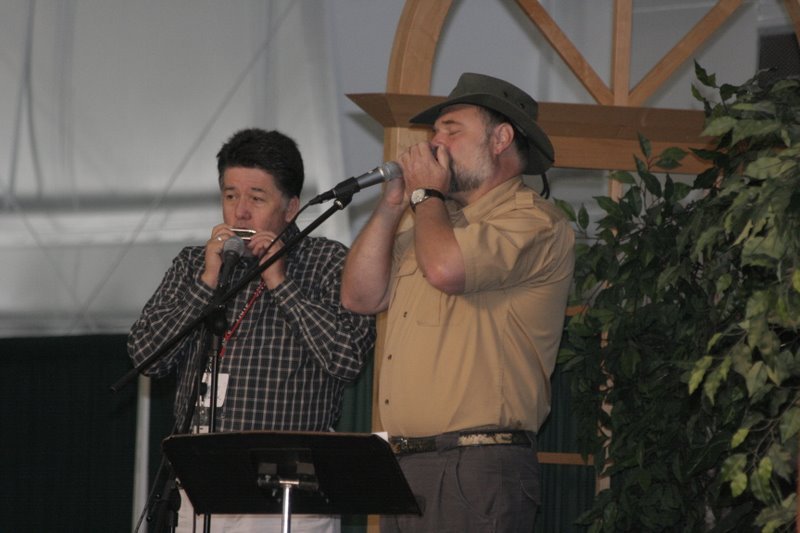 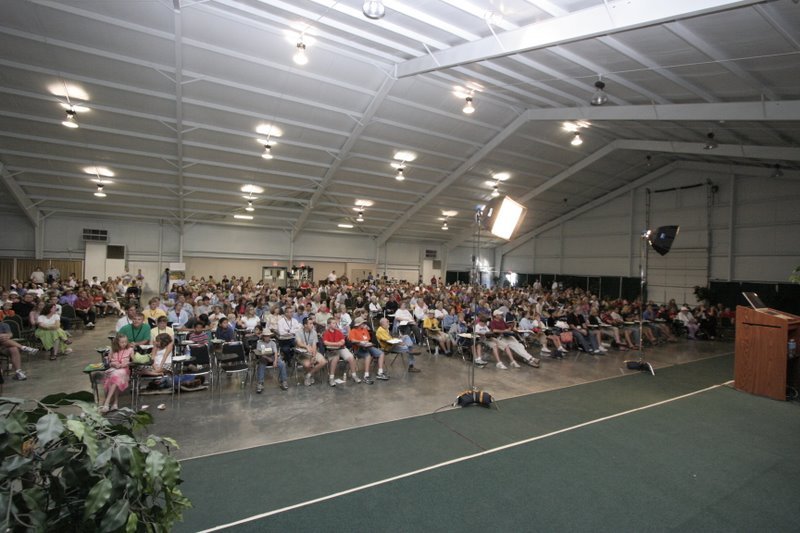 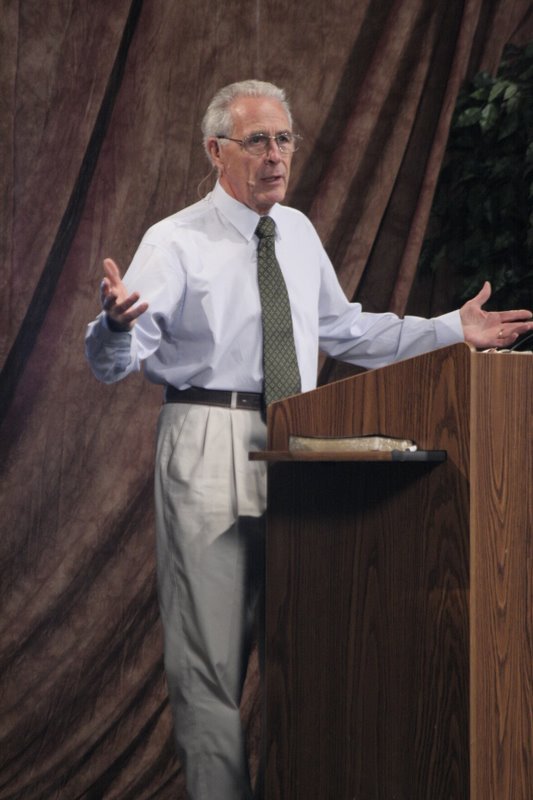 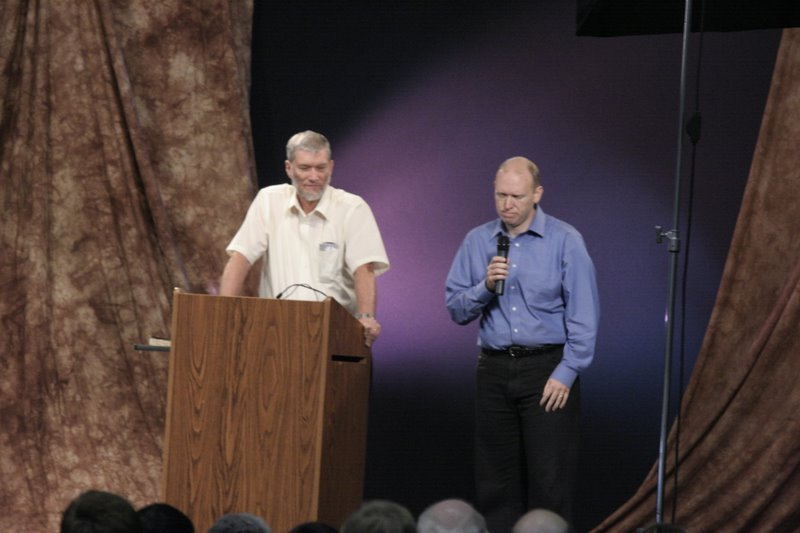 PRAISE FOR BEING “LOVING” INSTEAD OF “KNOCKING”

The CEO of the Answers in Genesis ministry in the UK sent this report:

Here is praise indeed for AiG's stand of not knocking other Christians, per se, but to lovingly show where there is error, etc. After our (Dr. Monty White and wife Irene) last appearance on Revelation TV a couple of weeks ago, the TV station had an email that said:

It is so spiritually refreshing to watch this dear brother and sister and see him honouring fellow Christians who honour their Lord. The Lord says because he loves me I will honour him!