I am writing this blog minutes after getting off the phone, being interviewed for a program on a Radio New Zealand. I was asked many questions about the Creation Museum and about the Bible and the creation/evolution issue.

Today I also spent a couple of hours with a reporter for the Russian-language edition of NEWSWEEK magazine. He was writing for a Russian language articleand will submit it for the English version as well. We continue to have daily calls or visits from various media as the Creation Museum nears the opening date of May 28.

Mark Siffer from WPOS radio in Toledo, Ohio, was at the church where Buddy Davis was speaking on Sunday morning. The radio station plays Buddys CD's. Mark told Buddy that they have a contest where people call in and get a prize if they can say the 7 C's of History (the 7 Cs are the centerpiece of the Creation Museum). He said that because of Buddys song about the 7 Cs, the very first person who called in would say all 7 C's correctlyCreation, Corruption, Catastrophe, Confusion, Christ, Cross, Consummation. He said that happens again and again. WPOS is very supportive of AIG and they are even planning on bringing a busload of people down after the museum opens. They are already getting people signed up and I am sure that the bus will be full in no time!

Creation Museum Visit To Be A Birthday Present:

After Buddy spoke at the church, a lady a came up and told Kay (Buddys wife) that her daughter's birthday was in a couple of days. Her daughter wants to wait and celebrate her birthday by coming to the museum when it opens. That's what she wants for her birthday.

I have enclosed two photographs of contractors, volunteers, and staff beginning the work on the footers for the two covered decks that will greatly expand Noahs Café. 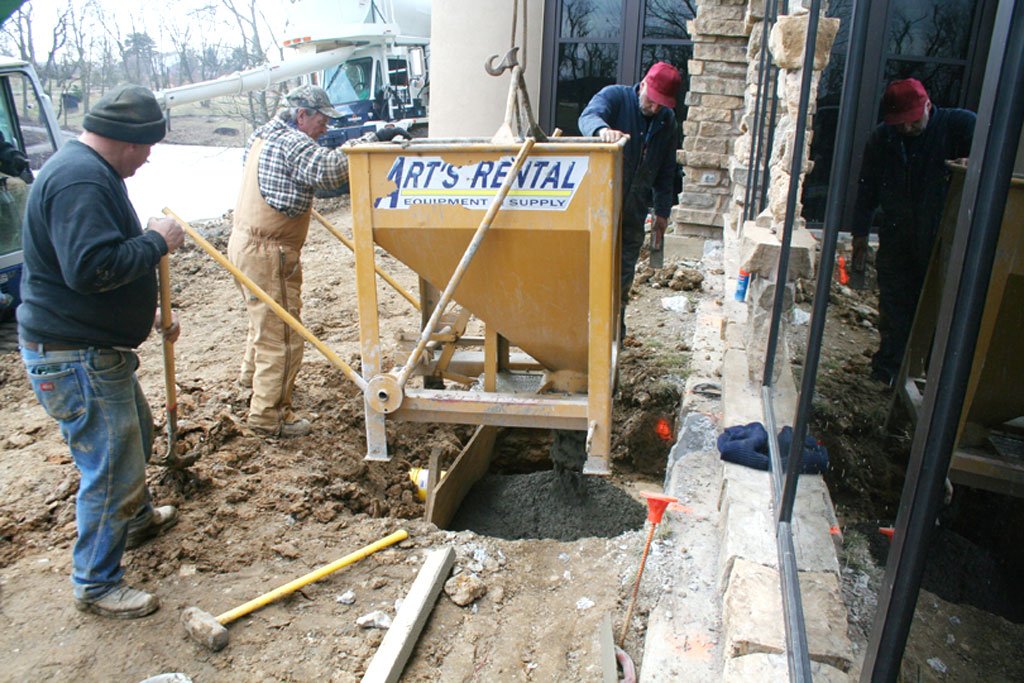 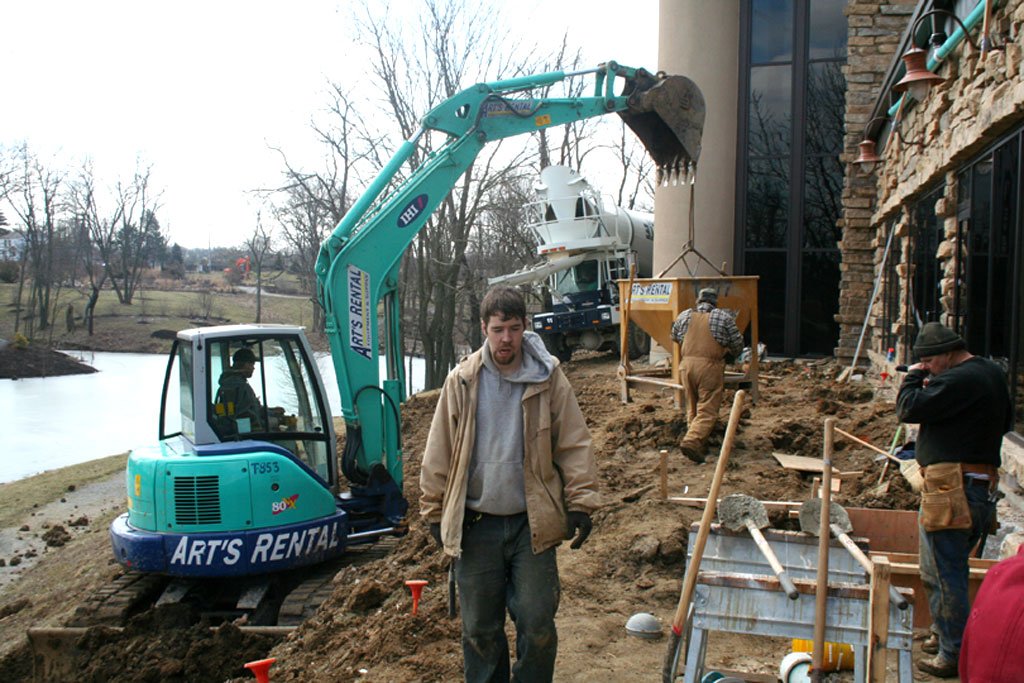