Translators in Sweden, working with David and Diana Crandall in our WorldWide Department, have translated our artist Dan Liethas cartoons for use in their upcoming Creation Event. I have enclosed a copy of the cartoonbut doubt many of you will be able to read it! 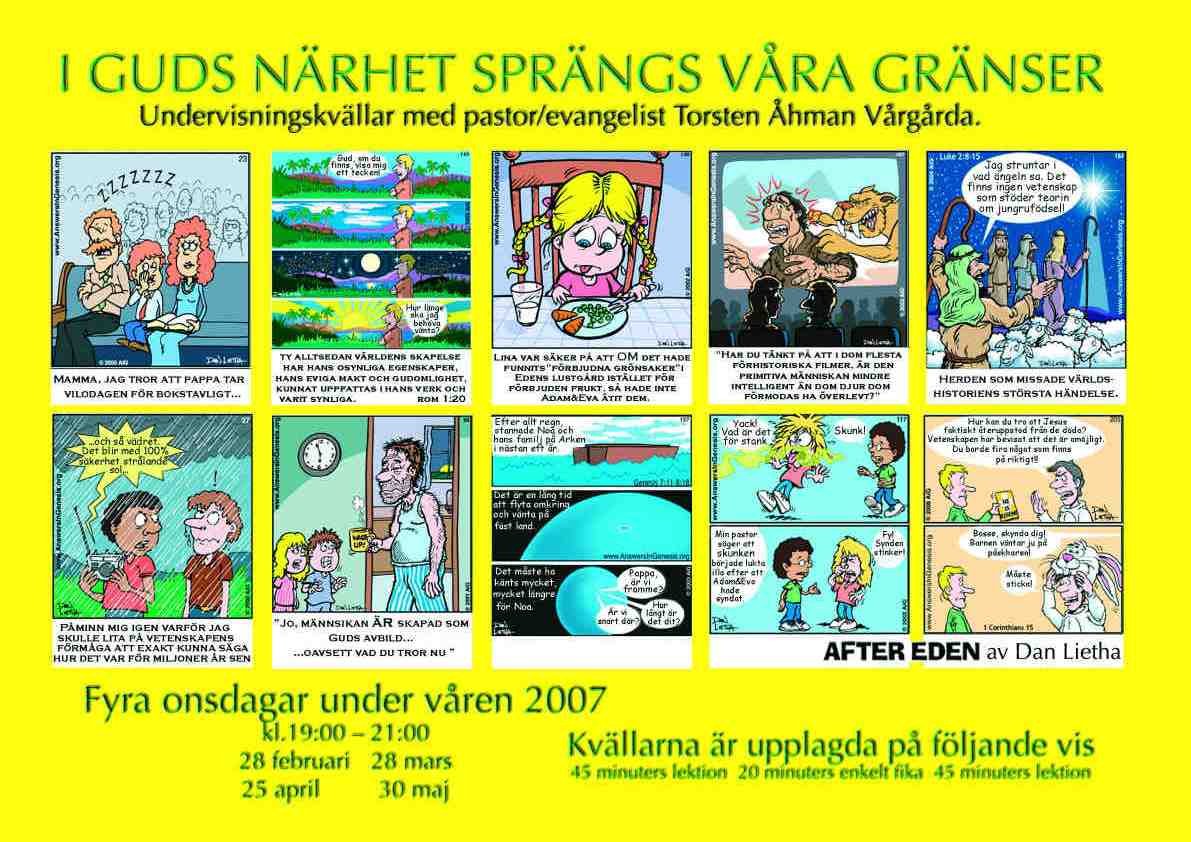 FISH AND CHIPS FOR CARL

Carl Kerby arrived in the UK today to begin a speaking tour with Answers in GenesisUK. He sent us a photograph (attached) of his first real meal in the UKfish and chips (though having been to the UK many times, I can verify that most of what you see is fat and batter!!!). Pray for Carl as he speaks across the UK over the next 10 days.

AN ANGRY ATHEISTCHRISTIANITY A THREAT TO SANITY

It is rare for me to refuse the use of my pictures. They appear on many religious sites, Christian as well as Muslim. However, one look at your site convinces me that your museum seeks to pronounce a point of view that is so utterly contrary to mine, that I hereby make that exception. I realize everyone has a right to an opinion, but I think that the very tone of your site is so self-confident in a direction opposed to mine that I say NO. I am an atheist, I think the Bible is just another book, creationism is nonsense, and that fundamentalist Christianism is a threat to sanity as well as society and world peace. To be linked to such thinking makes me shudder with horror.I do not prepare to believe, rather, if I thought prayer was of any use, I'd pray for religion to be swept off the face of the Earth.

All I could say was WOW! when I saw the Tree of Life in the Creation Walk exhibit of the Creation Museum once the scaffolding was taken down. There is still some work to do on the bottom part of the trunkand a few more leaves to go onbut look at the picture taken today! 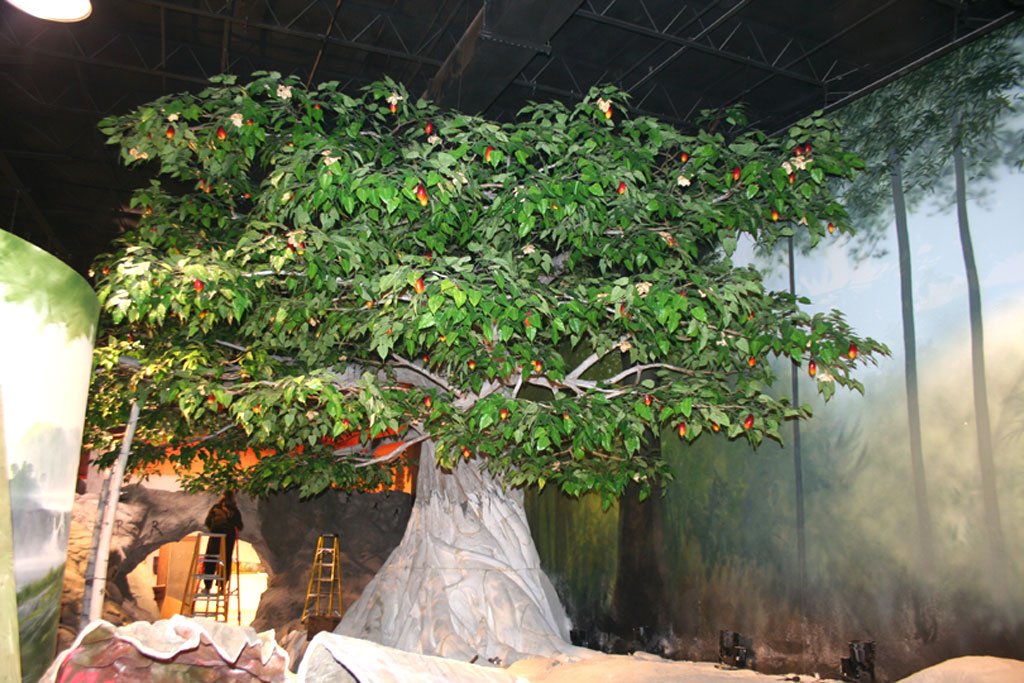 DAY OF PRAYER AND FASTING

We have designated next Wednesday March 7th as a day of Prayer and Fasting for the AiG ministry and Creation Museum. Staff, board, and prayer partners will fast and pray during the day. Dr. Terry Mortenson will head up this day as staff groups will spend an hour per group prayingand each staff member will be obviously praying throughout the day. We ask as many of you as possible to join with us by praying (and fasting if you are able) throughout the day as you work, etc. We really need to pray concerning the protection of this unique ministry from opposition (from the world and from the church/other Christians), the finances to finish the Museum, etc. Let us know if you can partner with us in prayer on this day.