On the AOL news website, an article titled "US Beliefs in Pseudoscience Worry Experts," astrology, Big Foot, space aliens and the Creation Museum are all linked together! Wellat least they showed a couple of nice photographs of the Museum. This article clearly shows how much the culture in the USA has changed foundation as this secular news source just mocks those who believe in a literal Genesis. You can read the entire article on AOL news.

Im hoping for warm weather as I travel to Florida for the National Religious Broadcasters conference Monday! Staff have told me there has been phenomenal interest in the AiG radio special on ISLAM. We expect this special to air on hundreds of stations across the USA in the near future.

I have attached two photographs taken this past week at the Creation Museum. One of Travis (sculptor) working on a dinosaurthe other photograph is of a cardinal that one of AiGs sculptors produced.

Today I spoke four times at Hyland Heights Baptist Church, near Lynchburg Virginia. I received many great testimonies. One young lady told me she decided to attend Liberty University after hearing me speak in Oregon. She also told me about a close relative of hers who lost their 19-year-old son. She gave the mother a copy of the book on death and suffering, and apparently this book, more than any other this grief stricken Mom read, ministered to her in a special way. As a result of this, the mothers church is now studying this book!

I had a number of parents bring their young children up to me to tell me these children wanted to follow in my footsteps and work in creation ministry one day! We praise the Lord of this generation God is raising up for the future.

Thanks for stopping by an thanks for praying 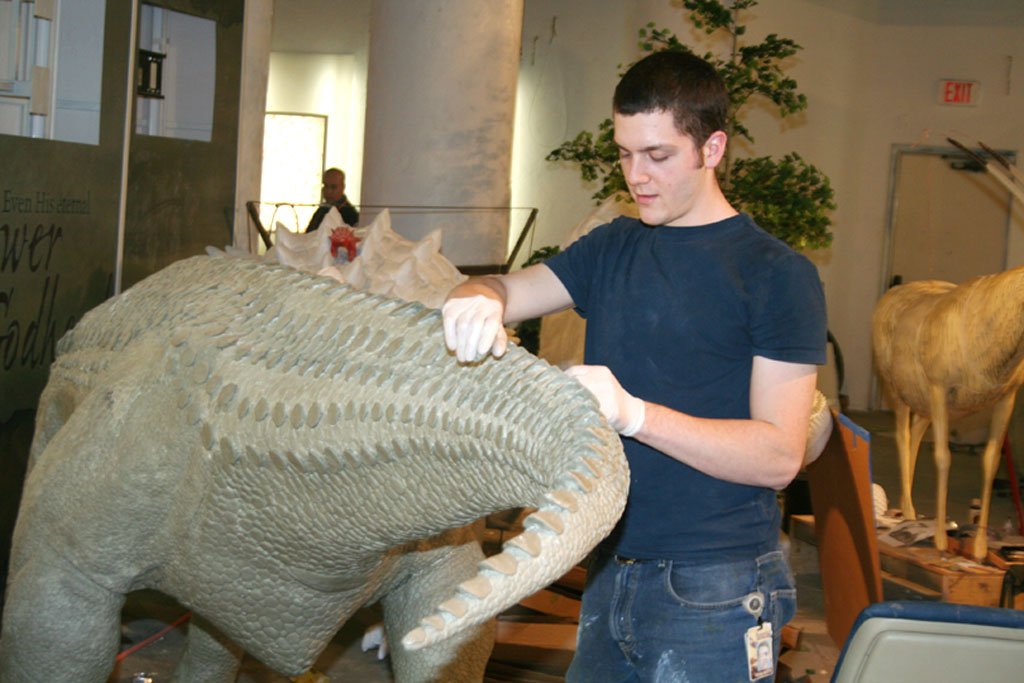 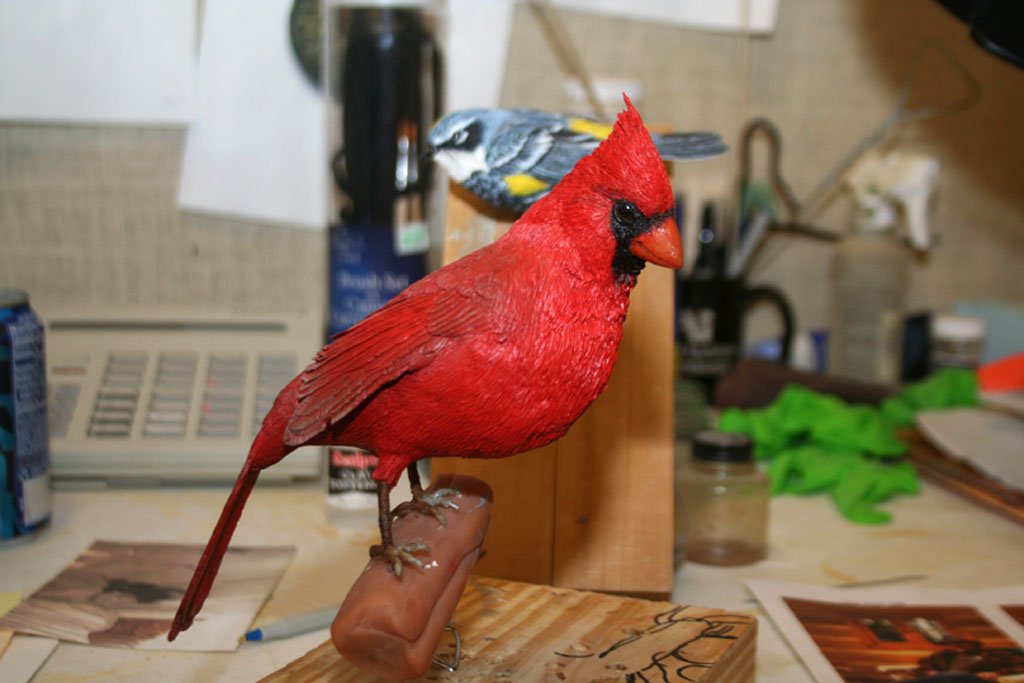 Previous Article Creation Museum on Discover.com Next Article Men and Women of Integrity