As AiGs Creation Museum continues to receive widespread media attention with a May opening drawing closer, one long-time friend of AiG will be profiling the museumand the just-released AiG book The New Answers Bookon her US broadcast heard nationwide.

Ken Ham, AiG president, will be interviewed by Janet Parshall on Wednesday, January 10, from 3:303:55 pm (eastern time). Janet Parshalls America has been nominated as Talk Show of the Year by the National Religious Broadcasters four times in the past 10 years. Her three-hour programnationally syndicatedoriginates from Washington, D.C. To find a radio station in your region that carries the program, see the US map and click on your state at http://www.jpamerica.com/stationfinder

Please pray as I do this segment with Janet Parshall, that people will be reached with the truth of Gods Word. Janet is one of my favorite talk show hosts and one of the most professional such hosts on Christian radio.

Donations to the ministry of AiG are used in many different ways to reach out to this world concerning the authority of Scripture and the gospel message. I thought it would be good for you to see just two (of many) examples of the sorts of things we do at AiG as part of our outreach.

A pastor from Ethiopia wrote: (we have not edited the original message)

Thank you very much for sending me Answers [Magazine] I have started to read through it. It is giving me new insight about creation. I wish to have it on a regular base. Unfortunately, my annual or monthly income does not allow me to pay seven USD quarterly. It is about sixty three Ethiopian Birr. It is a little bit big for me and for most of Ethiopia where many live with less than a dollar per day. Your magazine provides me accurate and convincing answers for the questions often asked by many people in the areas where I serve the Lord. I share the knowledge that I get from the magazine to others. I want to use it as one of the teaching material or reference source for my Bible classes and church teachings.

I almost preach every Sunday, train youths in many occasions, teaching in four regional Bible schools and local level Bible schools. I often asked by students about evolution stuffs and explanations on creation accounts in Gneisses. I want to use all this opportunities to build biblical world view in my hearers. Your materials are the best and applicable for such context. Additionally, I am a Christian education coordinator at the national level. Your materials will help us to be informed as we prepare discipleship materials and Bible School curriculum. If I receive your materials, it is a blessing not only for me but also for every one that I meet in different occasions. May God bless you as you fight for His Truth? So we are going to send this pastor ANSWERS magazine compliments of AiG supporters.

A Librarian from a USA State University wrote:

Answers" was given to us as a free subscription, but it has now expired. We are a university library and this publication is a good thing to make available to the students. Because of the nature and potential exposure to so many, I would like to ask that you consider giving the university another year of a free subscription. Thank you for your consideration.

We praise the Lord that ANSWERS is in such a University Libraryand yes, we gave the subscription to them compliments of AiG supporters. 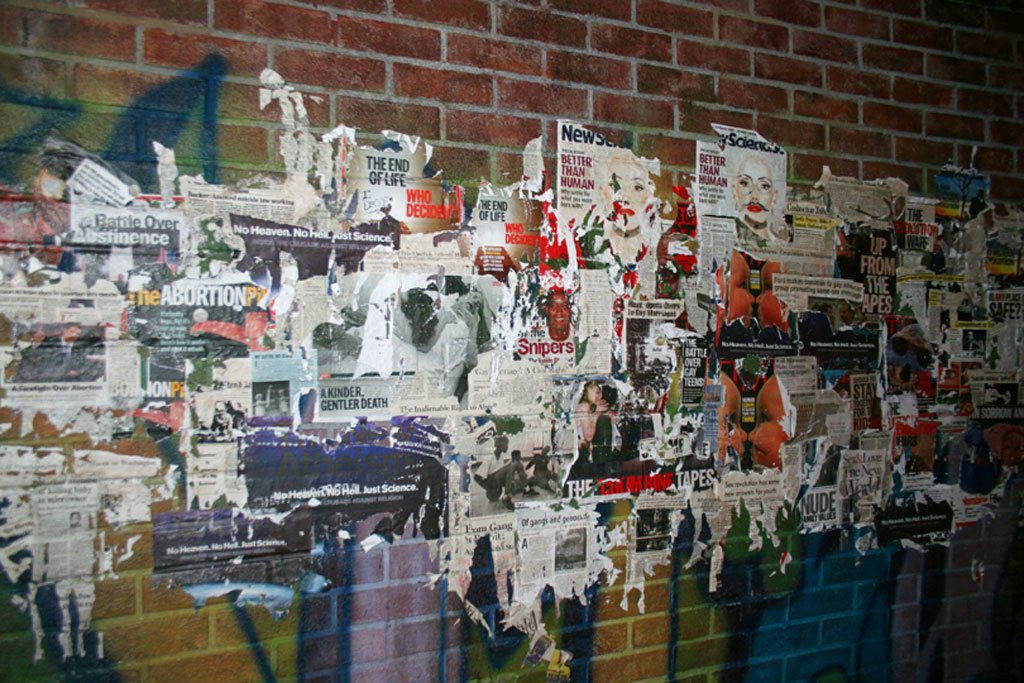 See the attached photograph of this exhibit at the Museum. I think our artists loved taking magazine/newspaper articles etc to use as "graffiti" in Graffiti Alley. This alley will show what happens to individuals and a culture when it is no longer built on the Word of God.

Just another of the many testimonies showing how people have sacrificially supported the Creation Museum:

Enclosed is a donation for the Creation Museum. For our birthdays my grandmother gave me and my sisters checks to send to any organization we chose. We decided to send them to AiG for the Creation Museum. We think Answers in Genesis is a great ministry and would like to contribute to it. We visited the museum when it was under construction and we cant wait to see the museum when it opens!

(The checks totaled $900). Thank you for your contribution. The Museum fund raising is in the home stretchjust over $1 million to raise to reach our $27 million goal.

I am writing this blog from the George Bush airport in Houston as Im waiting for the flight back to Cincinnati. I spoke to a group of pastors and other Christian leaders at a luncheon todaythis is a lead up to the AiG conference in February. One pastor came up and asked a lot about the Gap Theoryhe said this is what he had been taught at seminary. However, he could now see that the Gap Theory was a compromise position he needed to abandon. He said he would be back for the conference and will bring people from his church.