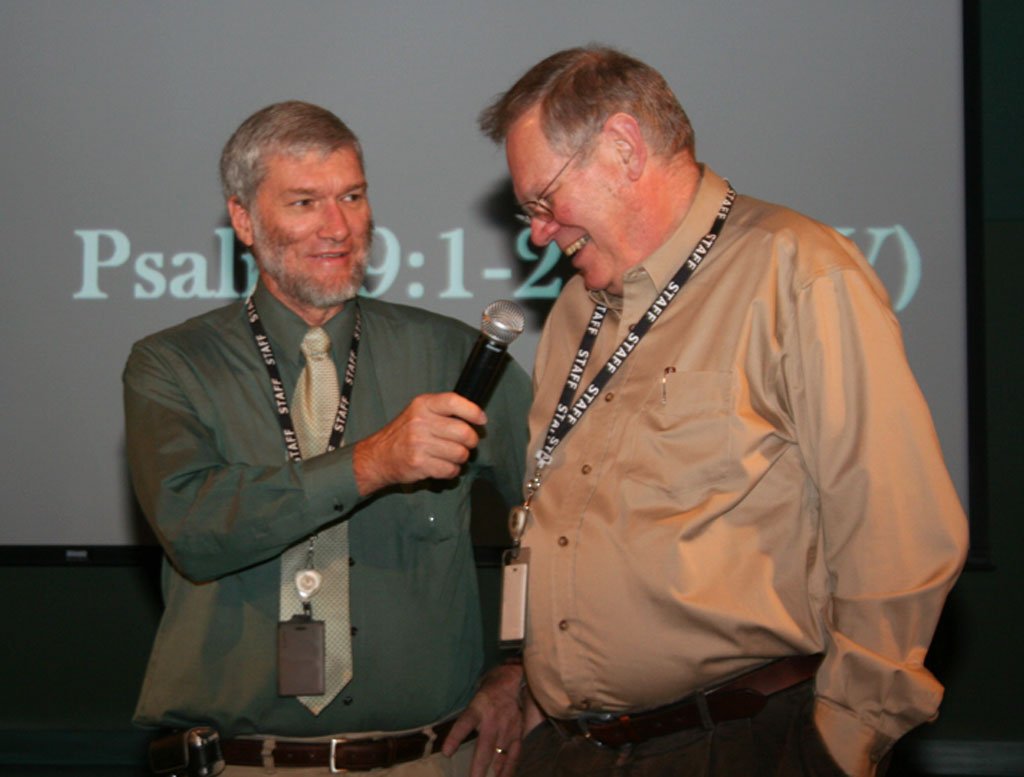 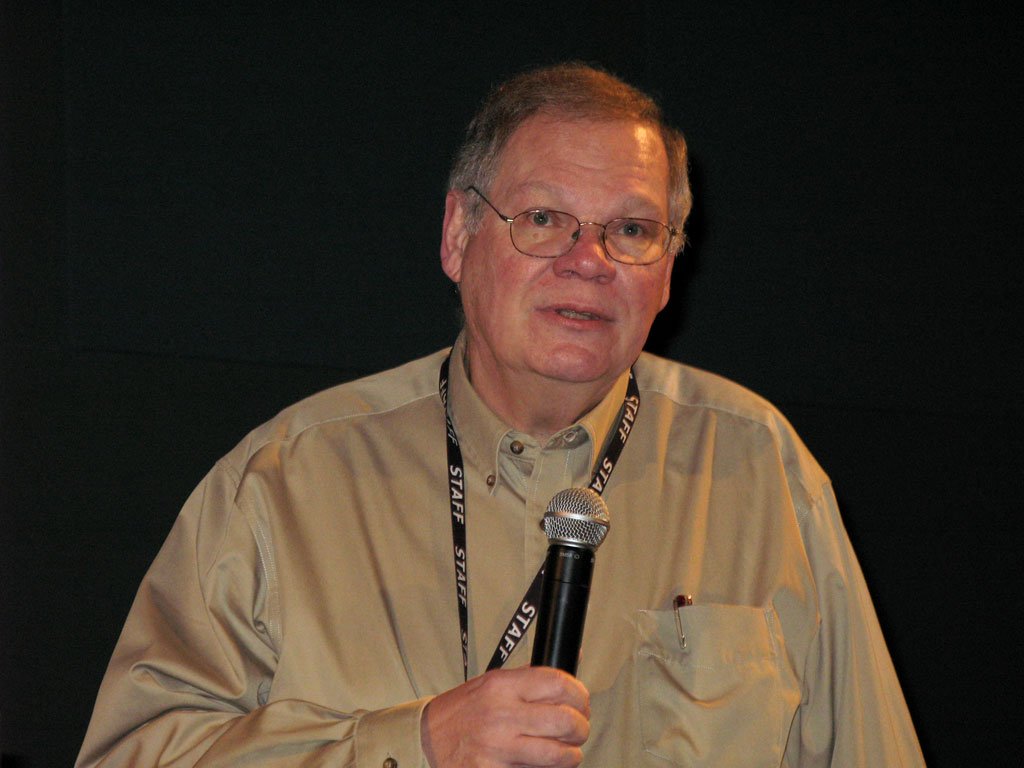 Dr. David Menton, a very popular AiG speaker who has been part time with AiG for a few years, has now officially moved to Northern Kentucky and Tuesday (yesterday) began full time with the ministry the Lord has called him to since his “retirement.” Dr. Menton was Professor of Anatomy at Washington University School Of Medicine in St. Louis. He was an extremely popular lecturer and was honored for his teaching efforts. He is one of the most gifted communicators I have ever heard—being able to take complex issues and explain them to young people and adults—and be quite entertaining as well.

Dr. Menton will be writing, speaking, conducting research and offering special teaching and demonstration programs when the Museum is open. I have included two photographs of Dr. Menton as he spoke briefly in staff meeting today (Tuesday) concerning his move to Kentucky.

You can purchase Dr. Menton’s very popular DVDs at the Answers Bookstore.

I just wanted to take a moment to thank you all for what you do every day in order to bring the truth of creation to the world. I have been privileged to do several tours of the museum and to attend a handful of AIG conventions. Because of your efforts, my belief and understanding of the Bible has strengthened 100 times over. I have learned to look through “Biblical Glasses”, so to speak, and have been amazed at some of the things I have seen. I sometimes wonder how I failed to notice these things before.

Tonight (Tuesday) I had a call from our daughter and son in law (and their 5 month old baby) as they were stuck on a major Interstate not far from the AiG office—they had the oil in their car changed—but when they got on the Interstate, they had terrible problems. AiG security and I went to help and found the quick change oil business had drained their transmission and then over filled their engine with oil!! Someone is in big trouble! We made sure the problem was documented and AAA was also called to verify and tow the car. A reminder we live in a sin cursed universe. AiG security often helps people who are broken down etc if they come across them as a community service—it was great they could help tonight by putting on their warning lights etc.—Interstates are dangerous places to break down on. Just another interesting day in the life of the Ham family!!