But it seems that is changing as scientists are discovering their research can actually add weight to the belief in God.

The latest to join this way of thinking is Francis Collins, who cracked the human genome (a map of every gene that makes up human DNA) in 2003.

His new book, The Language Of God, is due out in September.

In it, Dr Collins said he was convinced the human genome "could only have been created by an intelligent and powerful being".

Collins, the director of the US National Human Genome Research Institute, said unravelling the human genome gave him a "glimpse at the workings of God". I havent read the book and I dont know much about Francis Collins, so I dont know what he means by "God." But the rest of the article is certainly meant to undermine the authority of the Bible. It is certainly true that there are scientists who believe there must be an intelligence (or "god") behind the universe, but it is a different matter to insist that one can trust the God of the Bible and trust his Word as true.

The article goes on to say:

Colin Humphries is professor of materials science at Cambridge and a staunch Baptist.

He believes so strongly in biblical events that he has explored Egypt and the Holy Land to look for natural explanations for the story of the burning bush, the crossing of the Red Sea and the 10 plagues of Egypt, among others. AiG is not just about believing in God, or creation, but about believing in the God of the Bible and believing His Word as the absolute authority. When one does this, the events of the burning bush and the crossing of the Red Sea do NOT have natural explanationsthey were miracles from an all-powerful God.

The article then refers Richard Dawkins, saying, "He equates the possibility of God with the possibility that a teapot orbits the planet Pluto - and calls for us to accept that we simply cannot know.

I cant wait until the Creation Museum opens in April next year. We need to shout to the world that the Bible is true, its history is true, its message of salvation and its doctrines/morality are true and can be totally trusted. Evidence from the genome project that points to an intelligence behind life is greatbut we MUST always remember that "faith comes by hearing and hearing by the Word of God" (Romans 10:17). AiG makes no apology that the Word of God is the infallible, inerrant Word of the Creator God, and all people are sinners in need of salvation.

You can read the whole article in the Daily Record at: Faith in science?

I have included three classis Yellowstone photographs: Our families standing beside the Yellowstone National Park sign: Old faithful Geyser; A Buffalo standing in one of the areas where there are steam vents, mud pots, etc. 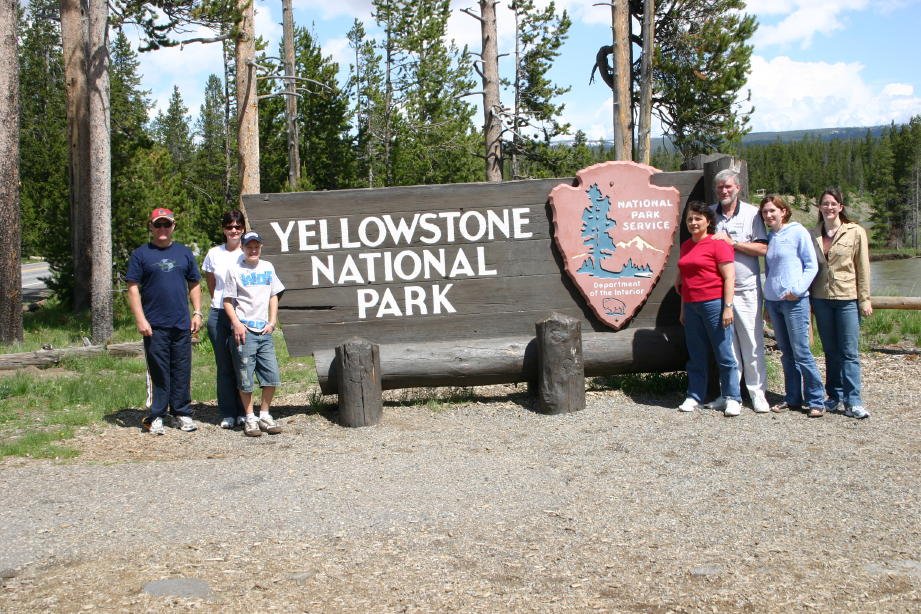 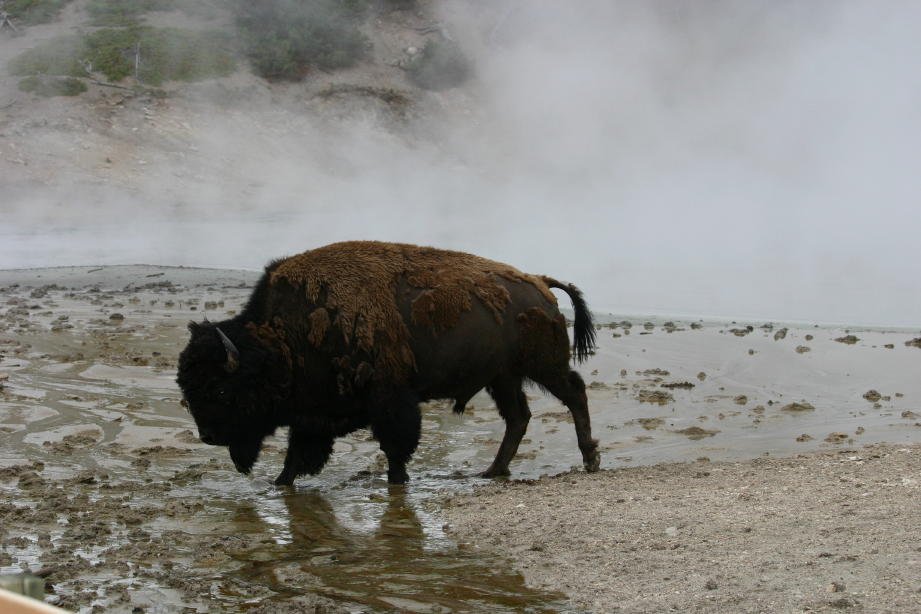 On Sunday morning I gave an update on the museum and and taught a relevance-of-creation message to the congregation at Jackson Hole Community Bible churchthis was one of those last-minute decisions, as we are vacationing at Jackson Hole for a few days. Everyone who spoke to me said they are coming to visit the museum as soon as it opens. I also had people offer to volunteer at the museum. There is so much excitement about this project.

We fly home to Kentucky Tuesday.

Thanks for stopping by and please keep praying for AiG.