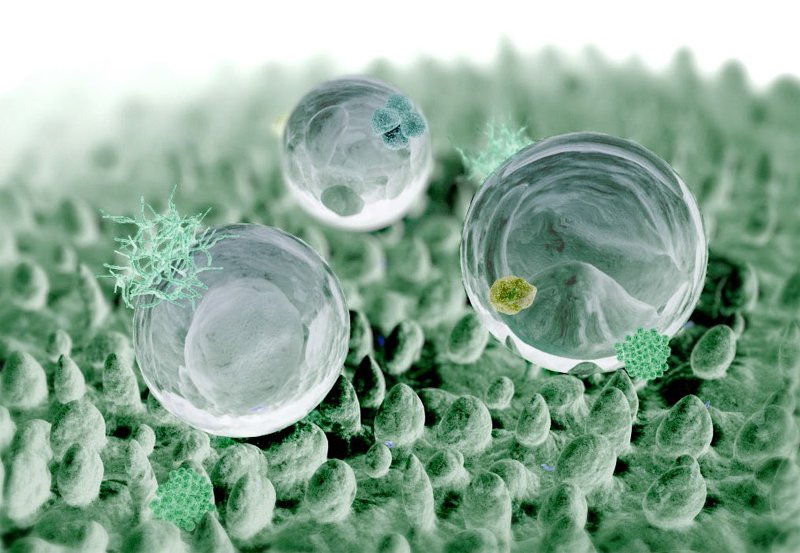 The leaf’s rough surface allows water droplets to roll off easily, taking any debris with them.

Tired of dusting or washing your car? A labor-free solution to those dirty chores has been around for thousands of years, if only we could imitate it. The lotus effect is an idea that comes straight from the Master Creator. On Day Three of Creation Week, God designed the first-ever self-cleaning machine, the lotus.

This elegant invention grows in shallow water, where its leaves spread out to float and face the sun. Unfortunately, they are also exposed to dirt and dust, which block sunlight and hinder energy production.

So the grime has to go. Besides, dirty leaves aren’t pretty.

God constructed the lotus with the most advanced nanotechnology imaginable. (He’s all-powerful, so it’s very advanced.) He installed a rough surface, like fine sandpaper, that dirt and dust particles can’t grip. This design also makes the leaves superhydrophobic—that means water, with its strong surface tension, won’t soak in. As water droplets roll off the leaves, they absorb and carry away any particles they touch.

Without any effort, dirt is washed away and the leaves remain sparkling clean and productive. If only washing the dishes were that easy!

The leaf’s rough surface allows water droplets to roll off easily, taking any debris with them.