Image by Molnarova.Lucia, via Wikimedia Commons.

The Transformational Power of Yeasts: One-Celled Creatures That Burst with Life

A scientific overview of yeast. Yeast has been used since ancient times, is mentioned 39 times in the Bible, and has widespread applications. 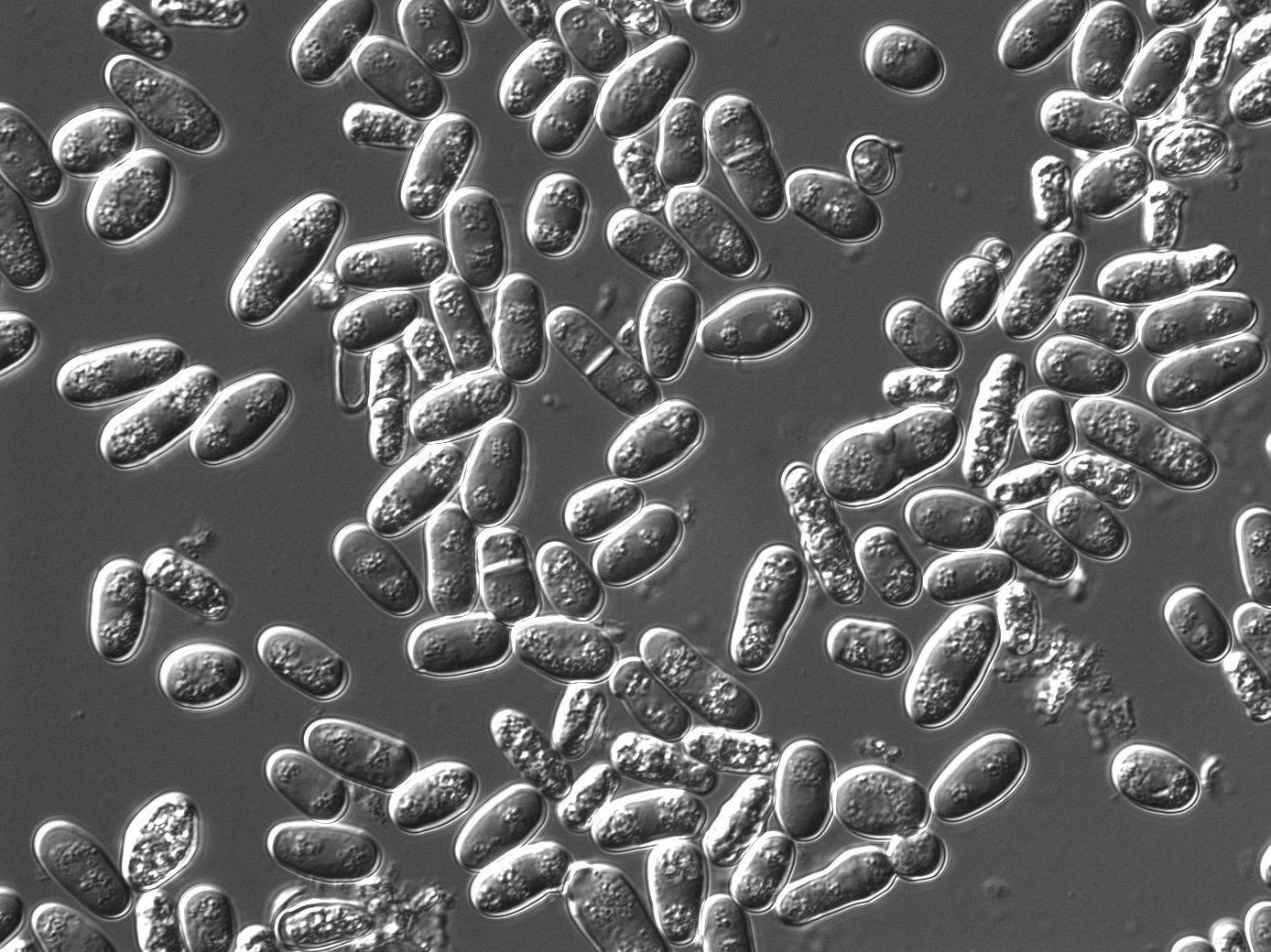 Figure 1. Visualization of Yeast. Image by Molnarova.Lucia, via Wikimedia Commons.

Yeast (or at least its products) has been known and loved by human beings since ancient times. Yeasts (Fig. 1) are mentioned in the Bible, and the word leaven is usually used as a symbol of transformation and influence. Yeasts (as leaven) are the clearest reference to a microbe in the Bible and are referred to 39 times. Leaven is associated with fermentation, which is the process of a steady, gradual change of food to another form. The Bible uses yeast as a word picture to illustrate how a small object can highly influence the environment surrounding it, for good and bad. On the positive side, when added to dough, it makes bread (Fig. 2), pizza crust, or cakes rise. Many other good foods also utilize yeast through the fermentation process. Its warm, slightly fruity smell is the result of live cells at work. On the negative side, certain yeasts such as Candida albicans cause disease and “corrupt” the body. This yeast is associated with thrush of the mouth and vagina. In addition, when yeasts are added to beverages, they can produce alcohol and lead to drunkenness.

Yeast are single-celled, eukaryotic living microorganisms that are a member of the fungus kingdom. Saccharomyces cerevisiae (Fig.3), also known as brewer’s or baker’s yeast, has been an important ingredient in baking, winemaking, and brewing for thousands of years. Saccharomyces means “sugar fungus,” as it converts sugars and starches into alcohol and carbon dioxide during the fermentation process. They are the first microorganisms referred to in Scripture in wine (Genesis 9:21) and as leaven in bread (Genesis 19:3), thus can be traced back at least 4,300 years. They burst with life as they give off carbon dioxide in the growth and fermentation process. 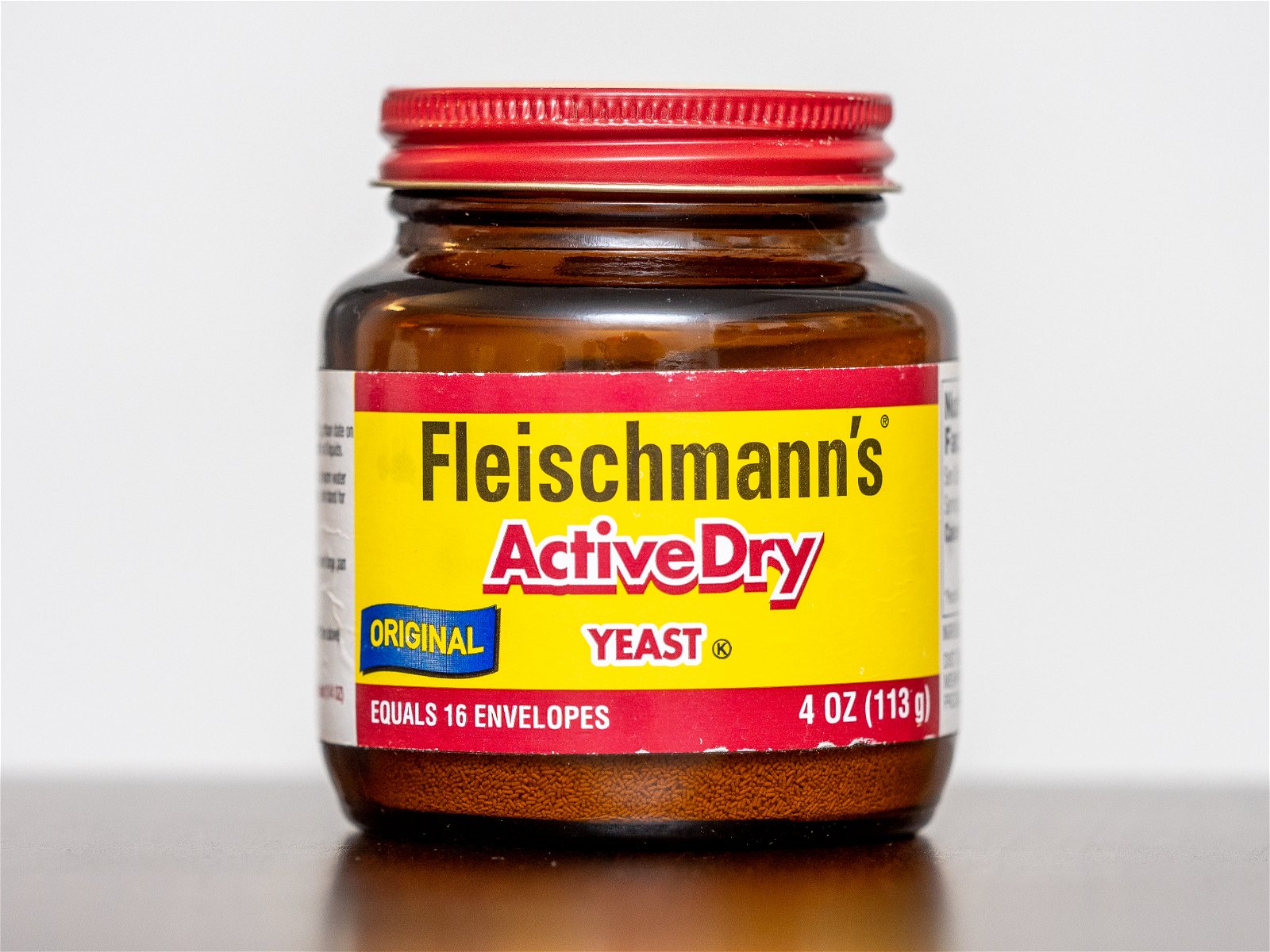 Figure 3. Fleishman’s Yeast: One of the most common baker’s yeasts. Image by Ajay Suresh, via Wikimedia Commons.

Even a slim package of “active dry” yeast contains roughly 35 billion cells of Saccharomyces cerevisiae (baker’s or brewer’s yeast). As soon as these cells find food (carbohydrates, like sugar and flour), they produce fermentation bubbles that cause dough to rise or beverages to foam. In the making of bread, the first warming of the dough causes the yeasts to multiply rapidly. They ferment the sugars in the dough and release carbon dioxide. This harmless gas escapes, leaving tiny holes, making the dough light and porous. Yeast cells double every 90 minutes when food is available.

The yeasts make up a group of fungi whose activities have always been of great practical importance in human affairs. The usefulness of microorganisms in the preparation of bread, beers, and wines is well known. These microbes are widespread in nature; they are especially abundant wherever much sugar is present. Some varieties are always to be found, for example, in foodstuffs, especially dairy products, honey, nectar, sap, and on ripe fruit, notably grapes. When you eat grapes, you swallow millions of live yeast cells that were feasting on sugar on the grapes’ surface, unless you thoroughly cleaned them. They occur also in soil, on vegetation, and as symbionts in insects and animals. 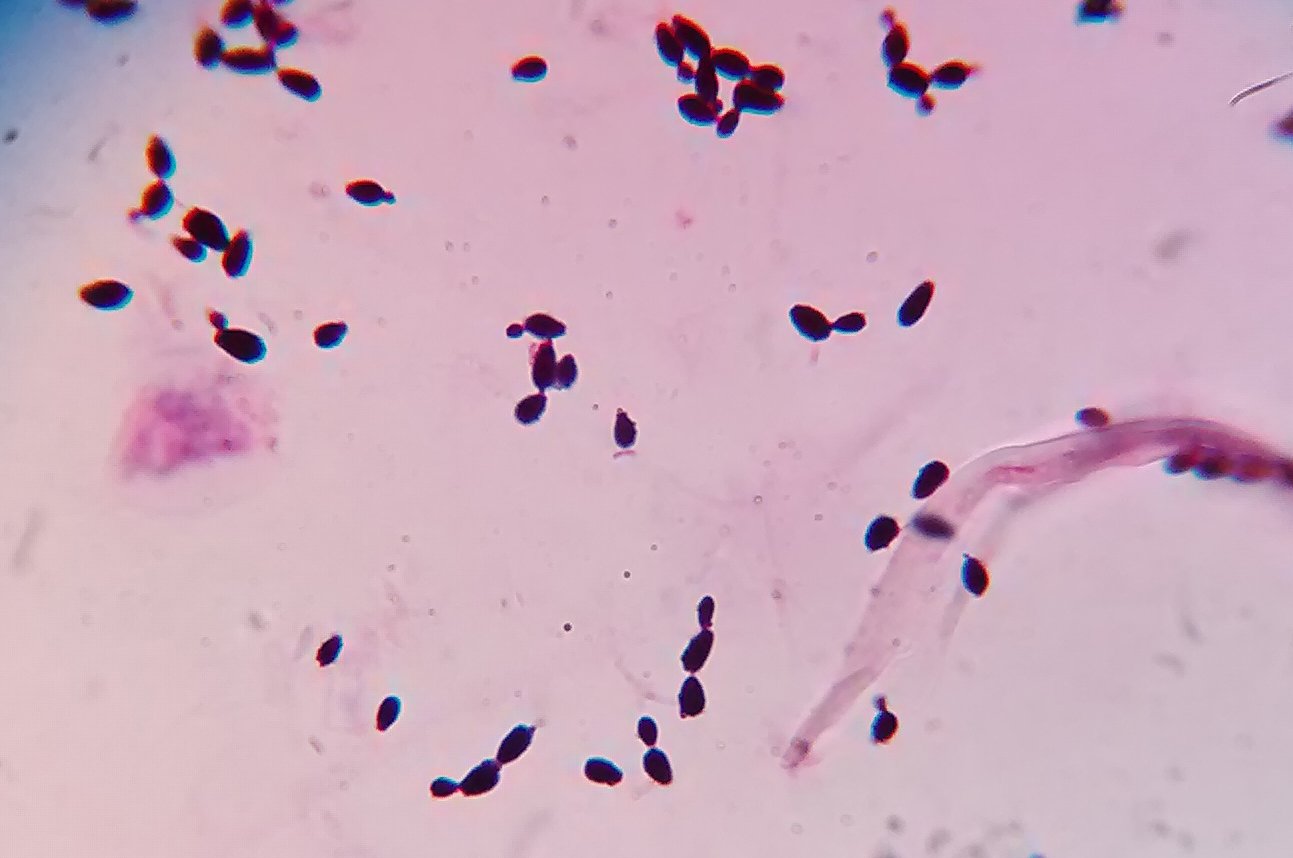 Yeast cells vary enormously in size. Some yeasts have diameters between 3 and 4 micrometers (µ). The largest can be as big as 40 µ. The typical bread yeast cell is a colorless oval or round body, usually about 5 to 10 µ in diameter (Fig. 4). Microscopically, many yeasts have thick walls, giving the cells a double contour or outline. Each single-celled organism has a nucleus (though it is not always visible). The cytoplasm commonly contains many granules and vacuoles that often contain large fat droplets. Reproduction occurs by budding (blastospores).

Two main groups are recognized among the yeasts: (1) the common, harmless bread and wine yeasts (mostly placed in the genus Saccharomyces), which occasionally form ascospores, which are generally clusters of four or eight spores within a single fungal sac, in addition to reproducing by budding; and (2) the Cryptococcus yeasts that multiply by budding but do not form ascospores. Among the latter, there are both harmless and highly pathogenic species.

Yeast cells can also do almost everything that human cells do, such as transmit signals from the cell’s surface to its nucleus, manufacture thousands of proteins, create a cellular scaffolding, repair DNA in the nucleus, and so on. And although yeast cannot make tissues and does not have a brain (as it is single-celled), it is universally recognized as the best model organism for studies of what goes on inside a single cell.

Researchers speak glowingly of the awesome power of yeast genetics to solve problems in biology. Genetic engineering in yeast has been used during the last 20 years in the food and beverage industry. You can stitch bits of DNA from a normal yeast cell onto a plasmid, and the plasmid will carry this DNA into other microorganisms used in industry.

Saccharomyces yeasts have been extensively studied because of their great importance in the manufacture of wines and bakery goods, as well as their value in other industries that depend on a process of fermentation. The relation of the yeasts to fermentation was discovered as early as 1837 by Schwann, but Pasteur demonstrated the fermenting powers of yeasts around 1865. The studies of Hansen, about 1880, led to the now universal practice of using pure strains of yeasts in fermentation industries and in the laboratory. The most important of the fermentative changes produced by yeasts is the breaking down of sugar to form alcohol. The actual transformation of sugar to alcohol occurs through the action of the enzyme zymase, which may be expressed from the yeast by pressure.

Yeasts were likely created on Day 3 of creation week as part of the environment they naturally occupy. Before microscopy was available, some may have believed this biological reaction of “fluffing up dough” to be a miracle. Before yeast was understood to be beneficial for food preparation, man may have been content with preparations made with cereals and flatbreads as basic components of their daily diet. If not given the knowledge of its uses beforehand, bread became a staple once man realized that, even with naturally fermented dough from wild yeasts and bacteria in the environment, dough could rise and have its flavor and texture improved (by Genesis 19:3, we know leavening was at least known about). Some colonies of yeast are visible on plants with the naked eye. Those preparing flour/meal foods may have observed them and connected the previous contamination, then purposely added the cultures for the desired outcome.

Later, Moses, the Egyptians, and Hebrews also used yeast to make their bread (Exodus 12) or lechem (mostly the Hebrew word for bread but can also be used to mean food). Different cultures may have been (and still be) content with preparations made with cereals and flatbreads as basic components of their daily diet, but bread as most of us think of it was “born” the day that man realized that, with naturally fermented dough, bread could rise and have improved flavor and texture. 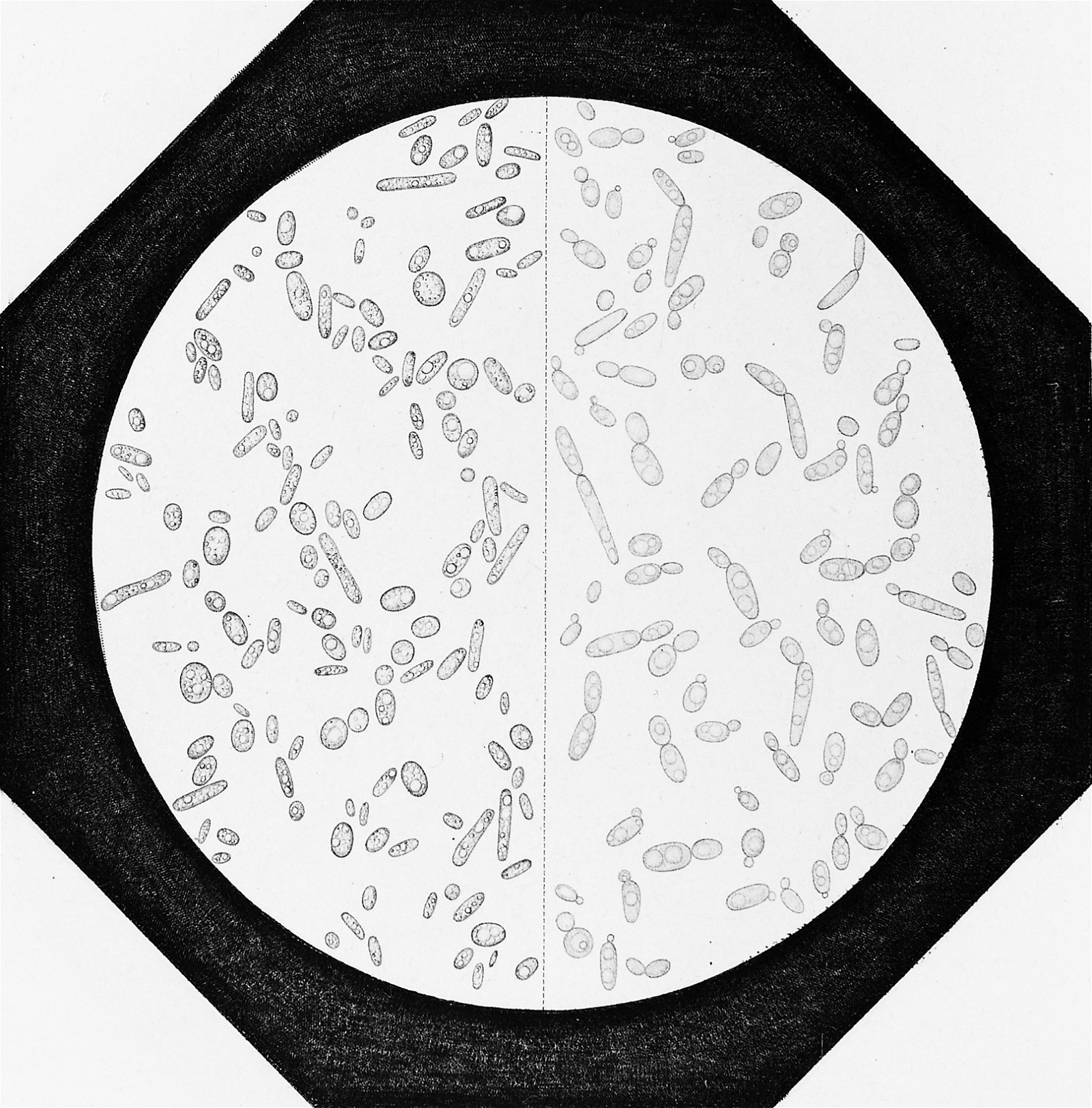 The microscopic recognition of yeast takes us back to 1680. Using a simple microscope, Leeuwenhoek observed beer yeast globules (Fig. 5) for the first time (Gillen and Oliver 2012). The historical significance of yeast took a decisive turn in 1857 when creation biologist Louis Pasteur (Gillen 2008) discovered the fermentation process (Fig. 6). Pasteur believed that the yeasts were responsible for fermentation. He established the role of yeast in both fermentation and leavening (rising) of yeast (Fig. 7). He unveiled these mysteries by proving that yeast cells can live with or without oxygen. Pasteur understood that yeast was indispensable for forming bread’s aromas and flavors. He developed his ideas of fermentation and disease caused by microorganisms with experiments on milk and wine spoilage. Prior to Pasteur, the connection between microorganisms and disease was not apparent since many microbes were known to be beneficial for humans (yeasts added to bread or starter cultures for yogurt and cheese) and evidently did not cause disease. 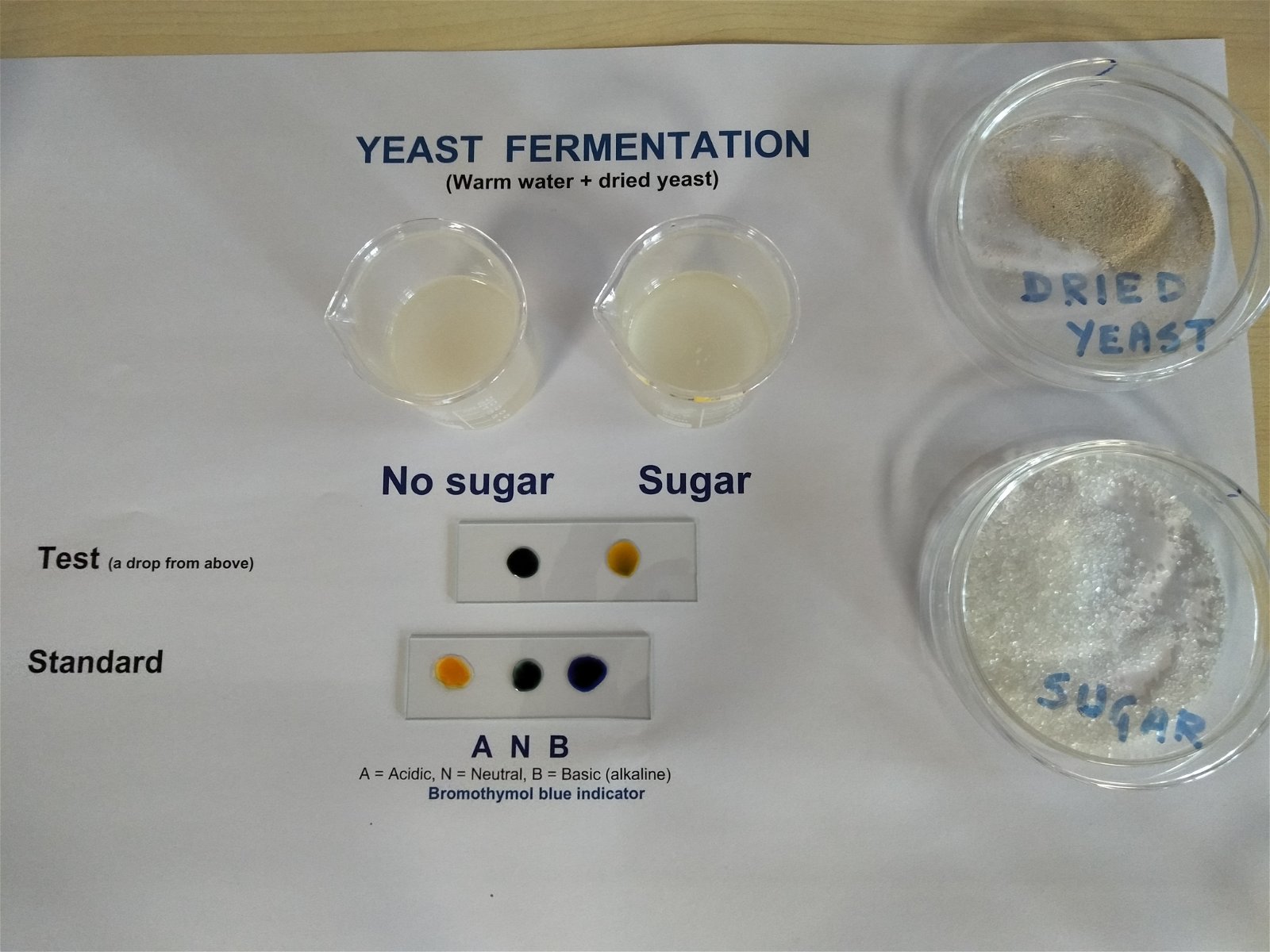 Figure 7. Fermentation of yeast reaction, with and without sugar. Image from JOY EL Science Club, via Wikimedia Commons.

The gospels through the physician Luke tell Jesus’ parable in which He describes leaven as a powerful, small ingredient (yeast) that provides the inevitable transformation of bread dough into bread. The baker kneads yeast (Fig. 8) into a batch of three sata (three sata would be about 40 pounds or 18 kg). From a tiny microbe, there is a huge transformation of a small, flat, bland ball of dough to delicious, fluffy bread.

It is like leaven, which a woman took and hid in three sata of flour until it was all leavened. (Luke 13:21) 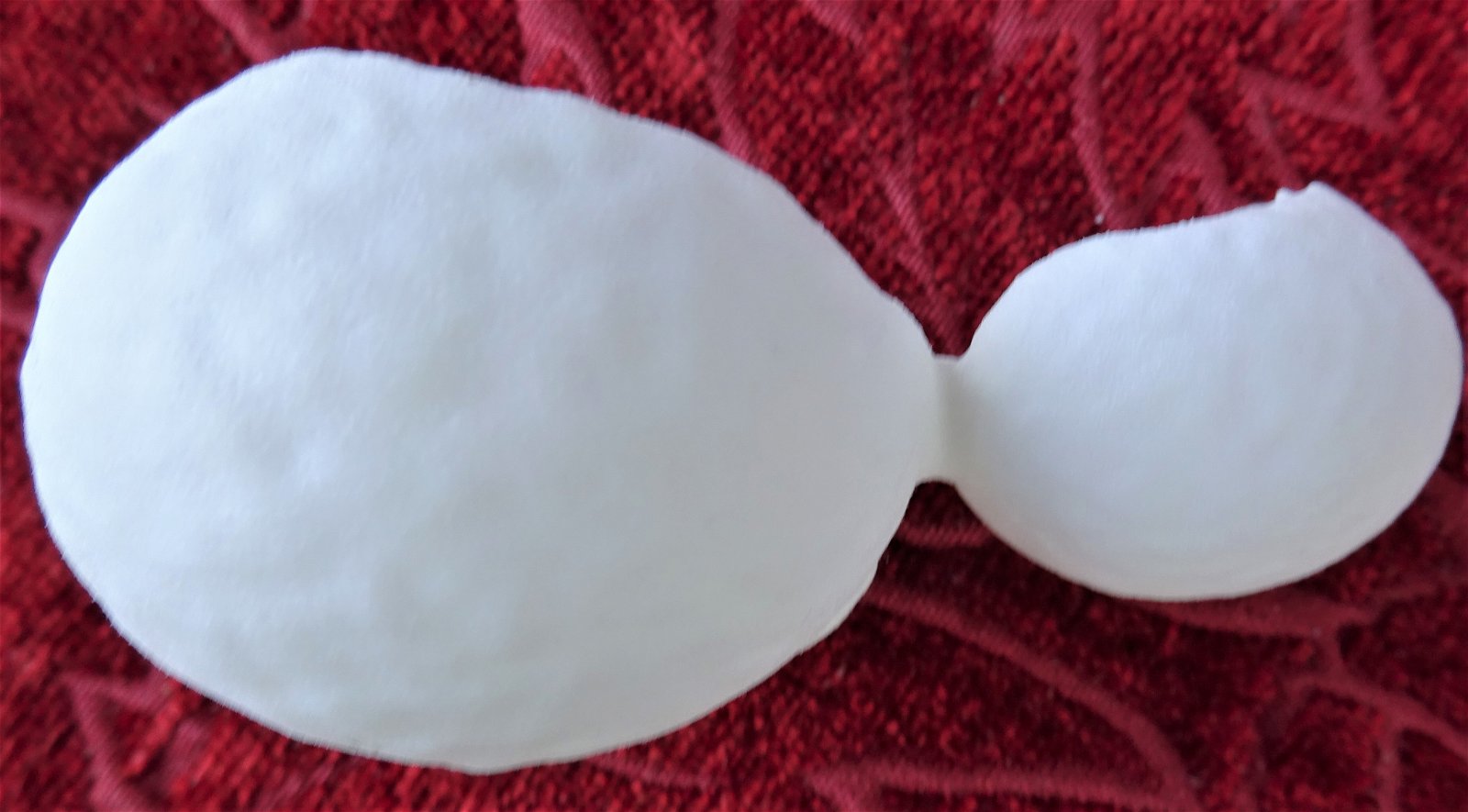 Today’s Breads Made by Intelligent Design and Bioengineering

Since S. cerevisiae has been domesticated, it has adapted into various strains. Baker’s yeast typically comes from a handful of domesticated strains of S. cerevisiae that are manufactured by yeast companies such as Fleischmann’s, etc. The “starter” used to make sourdough breads, however, can be more varied and is typically a mix of commercial, domesticated strains of S. cerevisiae and wild strains, along with beneficial bacteria. A 2020 study found that sourdough and commercial baking strains of yeast produce significantly more carbon dioxide than wild strains and ferment faster, affecting smell and taste. 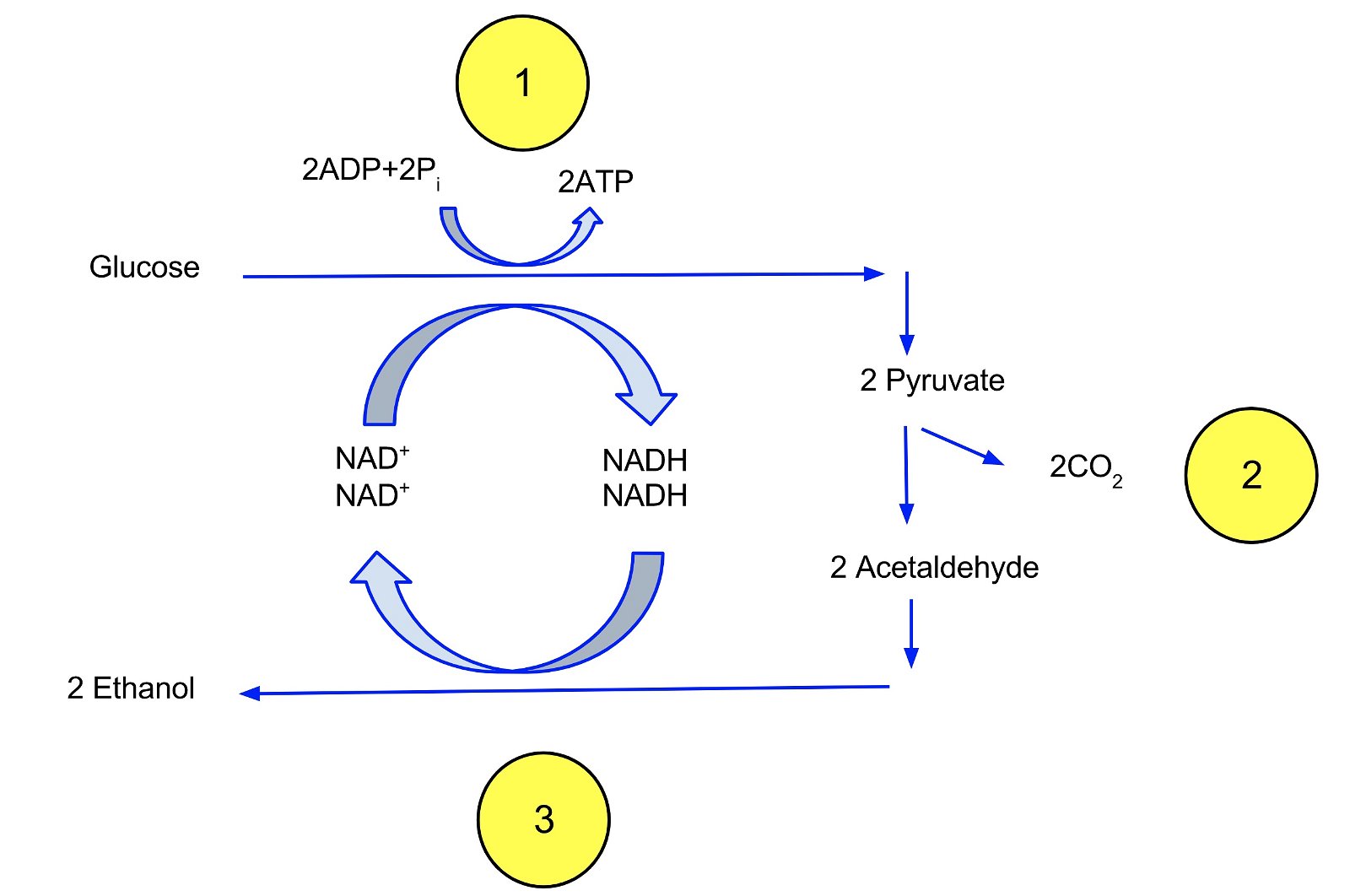 Bacteria are part of the culture of sourdough bread and produce lactic acid and the characteristic sour flavor. In fact, the bacterium added to San Francisco sourdough bread is called Lactobacillus san francisco. Many specialty breads are a combination of yeasts and bacteria (Gillen and Williams 1993). Each combination gives a characteristic texture, smell (aroma), and flavor. 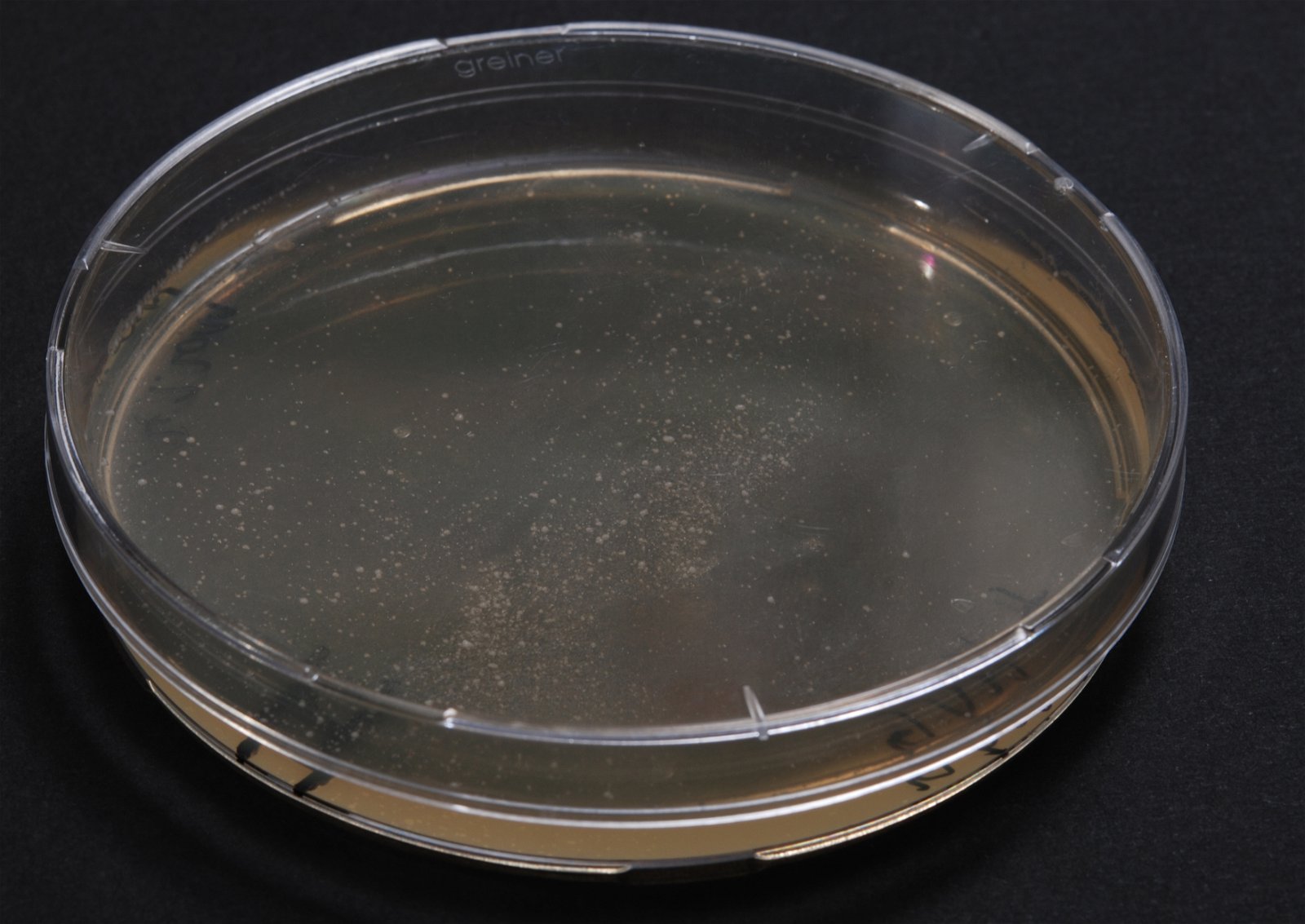 Figure 10. Transformation of yeast in a petri dish. Image from Lilly_M, via Wikimedia Commons.

Just as the baker uses yeasts to transform (Fig. 10) hard, flat dough into new bursting life in bread and beverages, the Creator makes new living creatures in Christ. And just as a small amount of yeast will transform every bit of dough it comes in contact with, so can the work of Jesus and his kingdom of heaven (Matthew 13:33). Yeast transformation is bioengineered today, but human soul transformation was always divinely engineered (2 Corinthians 5:17).

Gillen, A. L. 2020. The Genesis of Germs: Disease and the Coming Plagues in a Fallen World, Rev. ed. Master Books. Green Forest, AK.

Previous Article Abiogenesis: Can Life Come from Non-Living Chemicals? Next Article Can Genetic Mutations Be Purged from the Genome?