Is the war on malaria plagued by “rapid evolution of insecticide resistance”?

The war on malaria has made great strides by draping insecticide-treated netting over beds in endemic areas. Deaths worldwide have decreased by 47% since the year 2000, largely due to this innovative approach to keeping mosquito vectors away from people at risk. But a new study published in Proceedings of the National Academy of Sciences shows this seemingly innocuous measure may have triggered the development of a new “super” insecticide-resistant mosquito that will not long be deterred by the nets.

“It’s ‘super’ with respect to its ability to survive exposure to the insecticides on treated bed nets, “ explains medical entomologist Gregory Lanzaro of UC Davis. He says his team’s work “provides convincing evidence indicating that a man-made change in the environment—the introduction of insecticides—has altered the evolutionary relationship between two species, in this case a breakdown in the reproductive isolation that separates them.”

Anopheles gambiae—the infamous mosquito vector for malaria—has a genome in which chromosomal inversion occurs commonly. This shuffling of existing genetic information produces some subtle differences in the mosquitoes, such as slightly different tolerance for environment conditions. A few years ago researchers recognized that the mosquitoes with different chromosomal forms (termed M- and S-molecular forms) not only made them selectively favored for different conditions but had finally produced separate species.2 Now called Anopheles coluzzii and Anopheles gambiae respectively, they noted the M- and S-forms tended to remain reproductively isolated even where they co-existed and assigned a new species name to the M-form. Experts recognized that such speciation could potentially complicate efforts to battle malaria,3 and now that day has come. That the epidemiology of malaria is to be further complicated by the effect of man-made habitat changes is a perhaps less-anticipated facet to this problem. 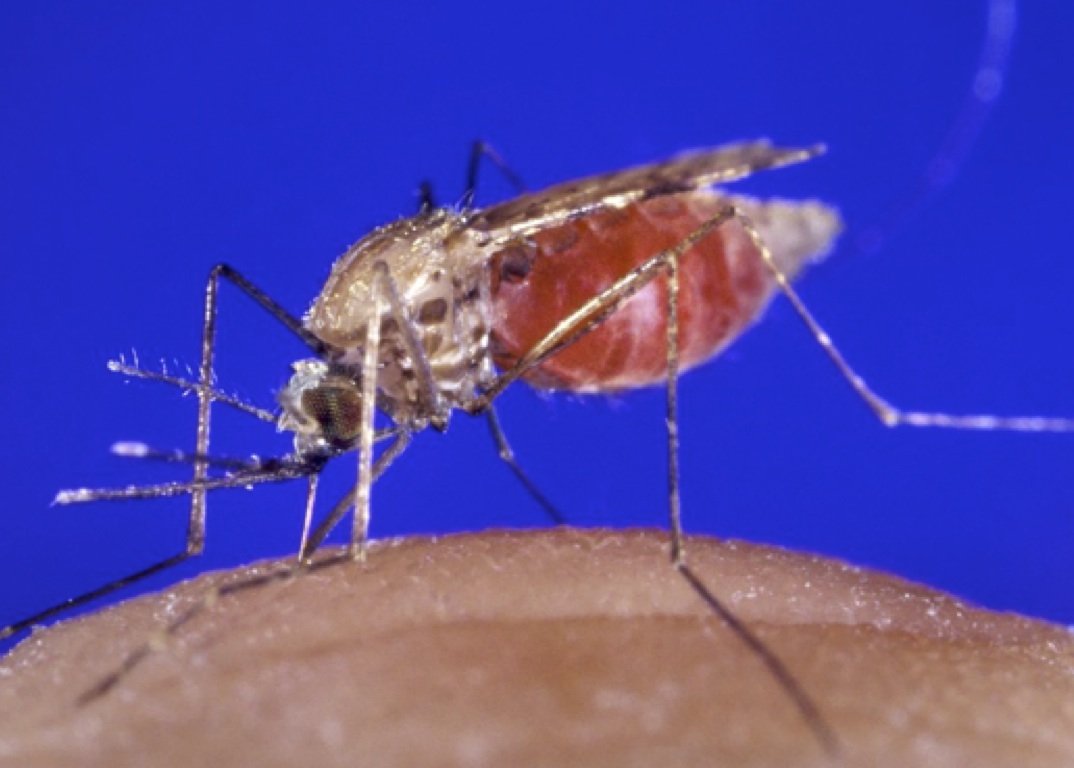 “What we provide in this new paper is an example of one unusual mechanism that has promoted the rapid evolution of insecticide resistance in one of the major malaria mosquito species,” Lanzaro explains. Monitoring of the two species since they were first recognized had demonstrated that hybrids would periodically appear in natural mosquito populations, but then they would disappear. Presumably nothing favored their survival over the pure species, if they were even fertile. Thus, researchers knew that the two populations tended to remain more or less reproductively isolated, even where they coexisted. 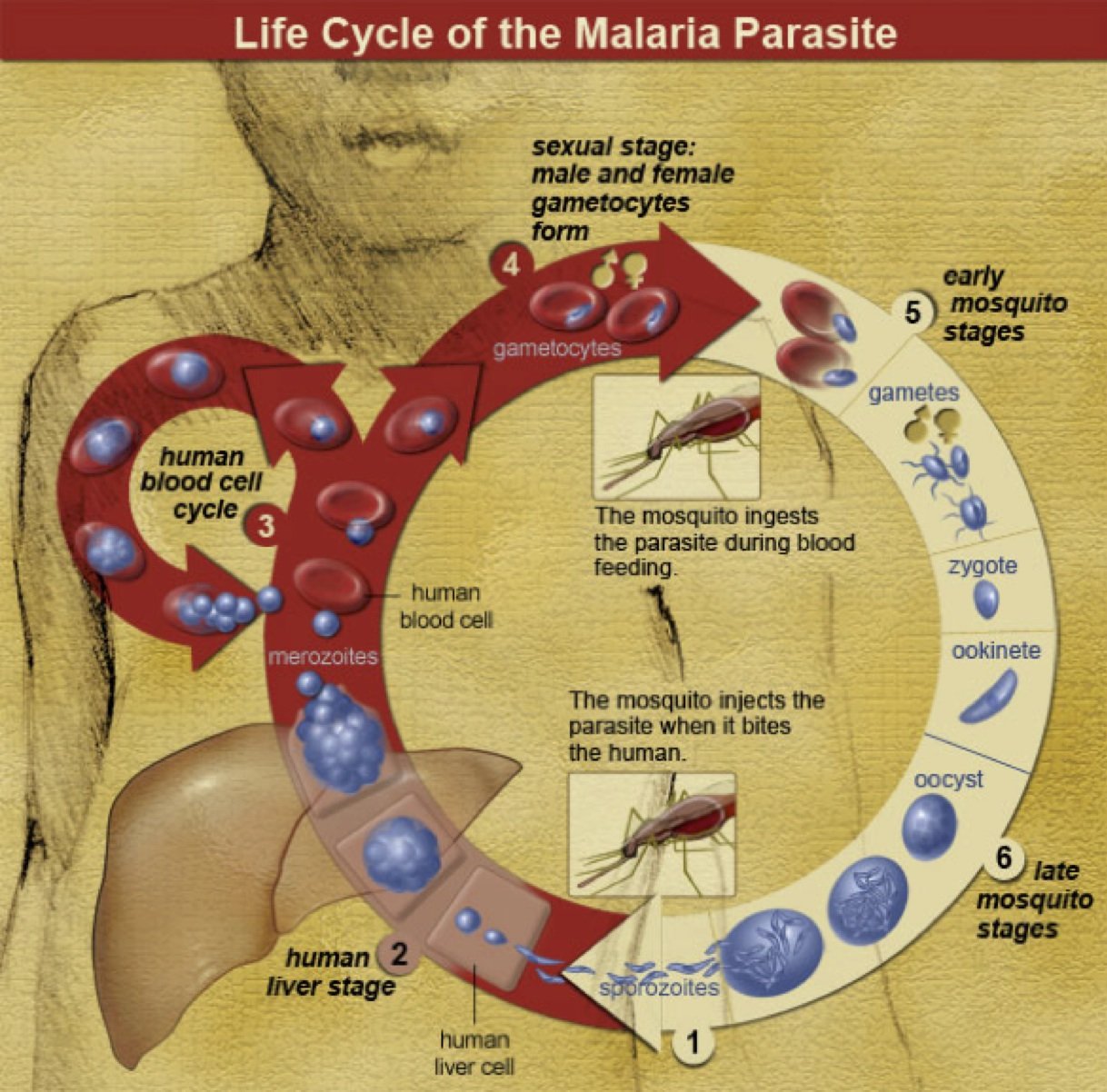 The complex life cycle of malaria-causing Plasmodium passes through multiple locations in the bodies of its human or animal host as well as the body of the mosquito vector that carries it. Insecticides are used to kill the mosquitoes that transmit the infection to human victims. One hitherto effective approach to malaria prevention has been the widespread use of insecticide-impregnated mosquito nets over the beds of people in endemic regions. Image from National Institute of Allergy and Infectious Disease.

The emergence of resistance is of course no surprise, the researchers point out. After all, any time virulent organisms are beset by the poisons we throw at them, selection naturally favors the survival and reproduction of variants and mutants in possession of resistance factors. Nevertheless, this situation is obviously one that will require ongoing efforts to find more and better ways to control the spread of malaria, a disease that has devastated humanity since antiquity.

The mechanism by which this resistant population of Anopheles coluzzii mosquitoes developed is called “adaptive introgression” through hybridization. Adaptive introgression is adaptation through the introduction of genetic material into the genome of a population. Where does that information come from? It doesn’t evolve. It already exists. It just gets transferred from one closely-related species to another.

Adaptive introgression through hybridization in response to man-made habitat change is less common in animals than plants.

Adaptive introgression through hybridization in response to man-made habitat change is less common in animals than plants. It is not unheard of, however. For instance, as we reported in “Mutant Mice and their Super Powers,” natural selection favoring warfarin-resistant hybrids and their successful procreation has produced a formidable rodent adversary in the European house mouse. And cross-breeding of North American gray wolves with domestic dogs produced populations of blacker gray wolves selectively favored to survive.6

Likewise, after a parasitic fly—Philornis downsi—was inadvertently introduced to the Galápagos in the 1960s, possibly in a crate of fruit,7 one of Darwin’s “pure” finch species became “extinct” in parts of the Galápagos Archipelago. Why? Because hybridization with other finch species produced hardier, more parasite-resistant hybrids. While some have decried this turn of events as a tragic loss of biodiversity, from the point of view of the finches, that species extinction was only a matter of survival! The hybrid population was better suited to cope with the challenges of the moment. In fact, though efforts are understandably afoot to eliminate the parasite, the finches have dealt with the problem as God equipped them to do. And as Cambridge ornithologist Nigel Collar of BirdLife International commented, “You can't go around fumigating every Darwin finch nest for the rest of time.”7

As with pesky mice, however, when it comes to controlling malarial mosquitoes, no one is too worried about preserving biodiversity. Unfortunately the mosquitoes are doing that themselves, by passing between themselves the genetic variations that confer resistance to the insecticide impregnated on the bed netting. Mosquitoes that then acquire the resistance factor from their parents are selectively favored to survive encounters with the bed netting and continue vectoring malaria to their sleeping victims. Because they survive to mate with non-resistant members of their species, the resistance will likely continue to spread and may render the insecticide impregnated in the bed nets a short-term solution, albeit one that has, in the estimation of the World Health Organization, already saved tens of thousands of lives.

Of note, however, readers need to realize that the reported “rapid evolution”8 does not indicate any process remotely related to molecules-to-man evolution is occurring among mosquitoes, mice, wolves, or finches. Each of these animals has adapted to man-made changes in their habitat—insecticides, rodent poisons, domesticated dogs, and parasitic flies—by hybridizing with other species of their own created kind to produce variations in offspring more fit to survive than the original species. The genetic information to produce new, more complex kinds of animals is not created during such “adaptive introgression,”9 variation, or speciation.

You see, hybridization of these mosquitoes did bring “new” information into the Anopheles coluzzii population. But it was only mosquito information. It was not information that could in any way contribute to the production of a “super non-mosquito”!

Some Things That Undeniably Do and Do Not Happen

God created all kinds of living things about 6,000 years ago in the space of just six days. According to Genesis, He designed them to reproduce after their kinds. That is exactly what we observe in biology! Living things reproduce and vary only within their created kinds. It is quite common to see claims that such variation is evolution in action and to present it to the unsuspecting public and schoolchildren as “undeniable evidence” of molecules-to-man evolution. In fact, a recent YouTube video10 featuring Bill Nye did just this—presenting man’s best friend as the obvious result of evolution. Neil de Grasse Tyson opened the second episode of his Cosmos series last year the same way, with a little fireside chat to show how “obvious” evolution is. (We discussed this in Cosmos Review: “Some of the Things Molecules Do”. And Answers in Genesis molecular geneticist Dr. Georgia Purdom recently wrote about Bill Nye’s take on dogs in “Bill Nye: Teach What Is Observable Fact But Call It Evolution.”)

Medical science must constantly scramble to cope and keep up with antibiotic resistance, cancer, cholera, and other fearful infections like Ebola. But the answers to these problems will not be found through revelations about molecules-to-man evolution but through the same principles of observational science, especially in biology, that have brought the great scientific advances of the past century.

If God Is Good, Why Do We Die?

Furthermore, in the third chapter of Genesis we find that mankind’s rebellion against the Creator God brought death and suffering into the perfect world God had created for us. Indeed, there is scientific evidence that, as we infer from Scripture, mosquitoes were not always vicious vectors of parasites but valued benign pollinators in a world created to be perfect and good (Genesis 1:31). There is likewise good evidence that the microbes that causes malaria, Plasmodium protozoans, are a degenerate form of algae—a natural consequence of life in this fallen world—not an evolutionary advance. Read more about it in “The Genesis of Malaria.” Thus, as with the solutions, so the answers to why we have these dreadful diseases are also not to be found in imaginative evolutionary musings but in the Word of God.