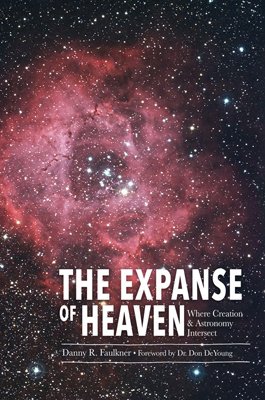 On October 16, 2017, two press conferences generated much interest when they announced the detection of two neutron stars merging. What particularly caught the public's attention was the claim that this event produced perhaps 10 times the earth’s mass in gold. How much of this story is established fact and what parts are conjectures? And what does this mean? Let me sort through this.

First, what is a neutron star? A neutron star is a very compact, yet massive, sphere composed almost entirely of neutrons. The upper limit for mass probably is about three times that of the sun. A neutron star has a diameter of only a few miles. Given its high mass and small size, a neutron star has extremely high density—a teaspoon of neutron star has the mass of all the automobiles ever manufactured. How can this be? Keep in mind that normal matter is mostly empty space—the nucleus of an atom is very dense, but it occupies very little space. Electrons have very little mass, and they orbit far from the nucleus of the atom. And the distance between atoms is very large compared to the size of the atomic nucleus. However, the matter in a neutron star is squeezed into nuclear density. A neutron star is slightly less dense than a black hole of comparable mass. This may sound like science fiction, but neutron stars were predicted theoretically in the 1930s and were detected first in 1967. Black holes were first detected about the same time.

Black holes and neutron stars collectively are called compact objects. Given their extremely high densities, compact objects are great laboratories for testing theories related to general relativity, the current best theory of gravity, space, and time, published by Albert Einstein a century ago. Einstein predicted the existence of gravity waves. Gravity waves are ripples in the fabric of space-time. Physicists recognize four fundamental forces—gravity, electromagnetism, and the strong and weak nuclear forces. By far, gravity is the weakest of these forces. Given its weak nature, gravity produces very feeble waves, rendering them difficult to detect. Interactions of compact objects produce the largest gravity waves, providing physicists the best opportunity to detect them.

Gravity waves were first detected indirectly in 1974, by observing the shrinking orbit of two neutron stars in a close binary system as gravity waves robbed the system of orbital energy. Direct detection of gravity waves had to wait until September 2015, when the two instruments of the Laser Interferometer Gravitational-Wave Observatory (LIGO) measured gravity waves that resulted from the merger of two large, stellar-mass black holes in a close binary system. The complex ensemble of waves in the short burst of gravity waves allowed theoreticians to piece together what had happened. This work was deemed so significant, it garnered the 2017 Nobel Prize in Physics.

The event reported on October 16, 2017 began on August 17, 2017. The LIGO experiments registered a gravitational wave signal that day that lasted nearly 100 seconds. A third detector, the Virgo interferometer in Italy, also detected this event. Astronomers have designated this event GW170817 (“GW” means “gravitational wave,” and the numbers refer to the date the event was detected). As with GW150914 (the name of the event in 2015 that was the first direct detection of gravitational waves), the spectrum of the waves allowed theoreticians to deduce the nature of the event. The best fit to the data is the collision of two neutron stars in a close orbit, one with 1.1 solar masses, and the other with 1.6 solar masses. The collision was brought about by the decay of the orbit via gradual radiation of gravity waves over many years. Since this event resulted from the collision of two neutron stars rather than the merger of two black holes, the scenario for the recent event played out very differently than the earlier one.

One major observational difference is that while GW170817 occurred over almost 100 seconds, GW150914 lasted about one quarter second, about 1/400 as long. Furthermore, unlike GW150914, GW170817 was detected at several wavelengths of the electromagnetic spectrum. The first such detection was the gamma-ray burst (an event astronomers label GRB 170817A— the “GRB” stands for “gamma ray burst,” the numbers, as before, refer to the date of detection, and the letter “A” indicates it was the first gamma ray burst detected that day). Both the earth-orbiting Fermi Gamma-Ray Space Telescope (FGST) and the INTErnational Gamma-Ray Astrophysics Laboratory (INTEGRAL) detected GRB 170817A less than two seconds after the gravitational wave signal ended. Gamma ray bursts have been known for half a century, but for many years their origin was unknown and hotly debated. The dominant theory to emerge is that gamma ray-bursts originate in neutron star mergers. Because gamma-ray bursts are so astrophysically interesting, their detection automatically unleashes an alert to major observatories around the world for astronomers to begin searching for optical counterparts to the events. Information from the gravity wave measurements narrowed the search down to a small part of the sky. Within 11 hours, a team had photographed a “new star” in NGC 4993, a galaxy in the constellation Hydra, estimated to be 130 million light years away. Presumably, this object was visible emission from GW170817. Nine days later, the earth-orbiting Chandra X-ray Observatory (CXO) detected X-rays from the source for the first time. A week after that, radio waves were detected by the Very Large Array (VLA). The time delay of each electromagnetic signal is due to the time required for the expanding eruption to interact with matter in the environment of the neutron star binary system.

So what was this event? Astronomers believe it was a kilonova, a term coined in 2010. A kilonova is the eruption caused by the merger of two neutron stars, or the merger of a neutron star and a black hole in a close binary star. The first kilonova was observed in 2013, when it was signaled by GRB 130603B, which alerted astronomers to use the Hubble Space Telescope (HST) to find a faint infrared emission in a distant galaxy. However, GW170817 was an unprecedented opportunity to study a kilonova at multiple wavelengths. In many respects the data provided were confirmation for the theory.

What about the most interesting part—you know, the gold? Astronomers have an elaborate theory for the origin of the elements. Most astronomers think that the big bang resulted in the universe being filled with hydrogen, helium, and a tiny amount of lithium. However, that doesn’t explain the calcium in our bones; the iron in our blood; the carbon, oxygen, and nitrogen that accounts for so much of the bulk of our bodies; and the silicon in so many rocks. Astronomers explain most elements up through iron via various nuclear reactions that they think power stars at different stages. Then those elements are spewed back into space via stellar winds or supernovae so that those elements mix to form later generations of stars. Repetition of this cycle slowly enriches the universe in elements from carbon to iron.

Astronomers think those elements [that are heavier than iron] are built up by bombardment of atomic nuclei by neutrons.

But what of the relatively rare elements heavier than iron? Astronomers think those elements are built up by bombardment of atomic nuclei by neutrons. As neutrons are added, the atomic weights of nuclei increase, producing various isotopes of elements, but the atomic numbers do not increase. Atomic nuclei overly rich in neutrons tend to be radioactive, which leads to beta decay. In beta decay, neutrons essentially split into a proton and electron. The electrons escape the atom as beta particles. But the protons remain in the nuclei, increasing their atomic numbers, transmuting them into progressively heavier elements. There are two routes this process can take depending upon how strong the flux of neutrons is. If the neutron flux is relatively low, then the enhanced nuclei have time to decay into new elements before another neutron absorption is likely. This is the s-process, meaning the capture of neutrons is slow compared to the rate of decay. However, if the flux of neutrons is high, the heavy nuclei produced may not have time to decay before additional neutrons are absorbed. This is called the r-process, because the capture of neutrons is rapid. The r-process and s-process take different routes through the elements and their isotopes, so we can determine which isotopes of which elements are produced by either the r-process or s-process.

The s-process is thought to occur within certain stars. Indeed, S stars are thought to undergo the s-process, and their spectra are rich in s-process elements. On the other hand, the r-process can happen only in very explosive events, such as supernovae. But supernova can explain only a small fraction of the abundances of most r-process elements. Since the disruption of neutron stars would liberate so many neutrons, kilonovae have been invoked to explain the bulk of r-process elements in the universe. This explains the widespread program to observe GW170817 across the electromagnetic spectrum. This gave astronomers their first opportunity to witness this relatively rare event. The high neutron flux bathed material in the immediate vicinity of the colliding neutron stars. This not only produced copious amounts of r-process elements, but decay of the heavy nuclei produced was thought to fuel the resulting eruption viewed in many wavelengths. Which brings us to the gold. Gold is an r-process element. Observations interpreted by the theories of how the explosion progressed and the r-process permitted an estimate of how much gold was produced. Mind you, no one actually had direct evidence of any gold involved. Thus at least the golden part of this story is much conjecture.

This theory of the origin of the elements from the big bang to kilonovae may be the ultimate evolutionary model. And astronomers and astrophysicists wax eloquent about it. The late Carl Sagan was fond of saying we were stardust, a mantra picked up by others, such as Neil deGrasse Tyson and Lawrence Krauss. Krauss went even further, famously saying, “Forget Jesus. The stars died so that you could be here today,” terming this the most poetic thing he knows in physics. But is this science? Hardly, for it amounts to a creation myth, a sort of secular religion. In a weird way, this reminds me of a scene in Beneath the Planet of the Apes, the second film in the Planet of the Apes series, where robed mutants sing praises to a doomsday weapon that can destroy the planet and has the Greek letters alpha and omega on its casing.

If the stars created us, then as our creator, they would warrant worship as our gods.

If the stars created us, then as our creator, they would warrant worship as our gods. Farfetched? Hardly. Sun worship probably came about from recognition of the important role the sun plays in our lives. Ditto for the moon and other astronomical bodies. Once the light of the true God is removed, man can worship almost anything. Nor must worship involve robes and hymns. Krauss speaks reverentially about the stars when sharing his notions of our origin. Whether he is aware of it, his statements amount to a form of worship.