Can We See the Surfaces of Stars?

Dr. Danny Faulkner, AiG–U.S., explains whether astronomers can see the surfaces of stars and what methods they use.

To whom it may concern,
Thank you for taking the time to answer this question. I looked on the “astronomy” section and could not find the answer. I have watched Dr. Jason Lisle’s “Created Cosmos” (which is outstanding by the way). I have friend who says we have never seen the surface of a star. Is this correct? In the video, several stars are show, ie: Betelgeuse, Alpha Centauri. He says they are too far away for us to see, we can only see their light, so we are assuming how big they are or what they might look like. He even requested a picture of a star if you have one. Thank you. PRAISE THE LORD! The heavens declare the glory of God… Ps 19:1.

Thanks for your question. Stars, with the exception of our Sun, are very far away—so far that they appear as mere points of light even through the most powerful telescopes, so we normally can’t see their surfaces. However, star images actually aren’t points, but instead are very tiny disks.

Astronomers express how small a stellar disk is by its angular diameter, the angle that it subtends. We divide a degree into 60 minutes and a minute into 60 seconds, so a degree contains 3,600 arc seconds. As small as an arc second is, stellar disks are much smaller still. A large stellar image might have an angular diameter of one-thousandth an arc second (one milli-arc second, or mas). One mas is the diameter of a dime viewed from about 2,000 miles! Given how small this is, it isn’t surprising that we can’t actually see stellar disks in a telescope.

Astronomers use some subtle methods to measure the sizes of many stars. For instance, as the moon orbits the earth, it occasionally passes in front of a star, an event that we call a lunar occultation. How long it takes the star to “wink out” depends upon its angular diameter. If we have a good idea of how far away the star is, we can convert the angular diameter into the linear diameter in miles or kilometers.

Another technique uses eclipsing binaries, a system of two stars closely orbiting one another, where the orbital plane is nearly in our line of sight so that the two stars eclipse one another each cycle. By timing the durations of the eclipses, we can determine the sizes of the stars involved. 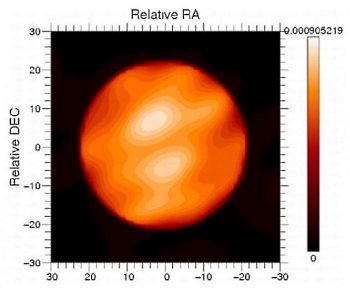 Figure 1: Surface of the star Betelgeuse1

The measurement of light interference is called interferometry, and in recent years astronomers have further developed this science to make crude images of the surfaces of a few stars. Betelgeuse, a bright star in the constellation Orion, is the most famous star for which we have an image of the surface (Figure 1).

As creationists, we have confidence that these techniques work, for they are good examples of operational science applied using the latest technology. When you see the images of the surfaces of stars during the Created Cosmos show in the Stargazer’s Planetarium at the Creation Museum, you are seeing an artist’s rendition of what the stars probably look like, based upon the measured sizes of those stars. All that is missing is the exact detail of spots that may or may not be present.

Previous Article “You People Are Morons” Next Article How Many People Built the Ark?