Pluto in the Doghouse?

What almost all of us were taught about Pluto in science class has recently been reexamined and modified. 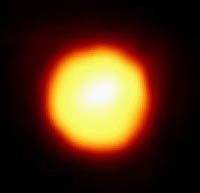 This is the clearest view yet of the distant dwarf planet Pluto, as revealed by NASA’s Hubble Space Telescope (HST).

After establishing the definition for a planet, the International Astronomical Union (IAU) declared that our solar system’s ninth planet was not actually a planet, but a dwarf planet.

This reexamination of scientific claims leads us to an important observation: over the decades scientists sometimes pride themselves in their willingness to look again at what is accepted to be true—and then, as is good scientific practice, revise their thinking accordingly. Scientific theories are revised relatively often, but the starting assumptions upon which scientists interpret evidence and formulate their theories are hardly ever reevaluated. If they were, scientists would have to then reevaluate the unquestioned “fact” of molecules-to-man evolution.