The night sky is a glistening treasure trove, just waiting for you to explore. All you need is a pair of binoculars or a basic telescope.

Astrophysicist Jason Lisle puts creation on display at the Creation Museum without constructing a single exhibit. During the Stargazers Evenings, Dr. Lisle sets up powerful telescopes (one Newtonian reflector and two catadioptric Schmidt-Cassegrains), points them in the right direction for optimal viewing, and lets the “heavens declare the glory of God” (Psalm 19:1).

God’s celestial handiwork has been Dr. Lisle’s lifelong passion. While most of us see only little points of light in the dark sky, he sees the largest canvas known to man, filled with countless galaxies, star clusters, and other marvels you have never heard of. All you have to do is know where to look and crank up the magnification.

Even if you cannot attend one of these special evenings, a good pair of binoculars is enough to enjoy many wonders. This is a good time of year to see a number of spectacular heavenly bodies, which are well-positioned for observation from earth. Check answersmagazine.com for Star Charts for April, May, and June to guide you in your search. 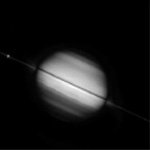 You can currently observe four of our neighboring planets—Mercury, Venus, Mars, and Saturn. In April, Saturn’s rings will be almost edge-on, appearing as a “line” through the planet when viewed with binoculars or a small telescope. A small telescope can also detect Titan, Saturn’s largest moon, which appears as an orange star always close to Saturn. Of course the planets move, so consult the Star Charts at www.answersmagazine.com to find where to look. 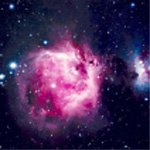 Did you know that Orion, one of the easiest constellations to recognize, has a cloud of dust and gas (a nebula) in his sword? Orion’s belt is easy to spot, with the three bright stars in a row. Just below the belt is Orion’s sword, with three fainter stars that are closer together. The middle “star” is actually the Great Orion Nebula. A telescope or even binoculars reveal its cloudy appearance. 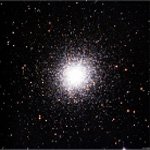 In mid-June, the best globular cluster in the Northern Hemisphere, M13, is high in the eastern sky in the constellation Hercules. You can barely see it with binoculars, but it is spectacular with a telescope. You can also see M3, another globular cluster. In mid-April, the Pleiades (a small star cluster mentioned in the book of Job) is visible in the west.