If other stars had planets, what would they look like? In the past, astronomers made predictions based on their evolutionary assumptions. What they found points instead to the hand of a mighty Creator.

Before the year 1992, the only known planets were those in our own solar system. Astronomers had long suspected that other stars might have orbiting planets, but it is nearly impossible to see something as faint as a planet even with our most powerful telescopes.

The planet tends to become lost in the glare of the star, so astronomers could only speculate what other solar systems might be like. New techniques are now bringing to light the truth, which has surprised and challenged secular astronomers while confirming biblical creation.

Astronomers have now devised some ingenious indirect methods to detect distant planets, known as “extrasolar planets,” or “exoplanets.” These techniques make use of the fact that every planet gravitationally “tugs” on the star it orbits, causing the star to wobble slightly.

Even if the planet cannot be seen directly, we can see its effect on the star. By measuring precisely how the star wobbles, astronomers can deduce the orbiting planet’s minimum mass and many other details about its orbit.

Using this technique (and a few other methods, as well) astronomers have now discovered over 500 extrasolar planets (and counting)! The progress in this field of astronomy is just astonishing, considering we did not know of even one confirmed exoplanet twenty years ago.

The first confirmed exoplanets were discovered in 1992. These three planets orbit around a pulsar named PSR 1257+12. The unique characteristics of the pulsar made it relatively easy to detect the planets’ effects.

A pulsar is thought to be the extremely dense crushed core of an exploded star. It is no larger than a city, but has a mass greater than the sun. (A teaspoon of material from a pulsar would weigh over 1 billion tons!)

As a result of the star’s collapse, pulsars have powerful magnetic fields that produce beams of radio waves that appear to “pulse” as the pulsar rotates. Since these radio pulses occur at very precise intervals, a slight wobble in the pulsar is easily detected.

Any wobble causes a change in the pulses’ frequency, which we can measure with very high precision. It is also possible to detect the wobble of an ordinary star, although the method of detection is more challenging. This is done by measuring the change in the star’s Doppler shift.1

Newly discovered planets are amazing, strange and in many cases challenge the naturalistic formation scenarios of secular astronomers.

The newly discovered planets are amazing, strange, and in many cases a challenge to naturalistic formation scenarios. Consider the first confirmed exoplanet to orbit a “normal” star, discovered in 1995.2

The star is called “51 Pegasi,” and so the planet is named “51 Pegasi b.”3 The planet is at least half the mass of Jupiter, yet it orbits 19 times closer to its star than the earth’s distance from the sun. Based on the planet’s proximity to the star, astronomers estimate the surface temperature of 51 Pegasi b to be around 2200°F (1200°C). So astronomers refer to this massive infernal type of exoplanet as a “hot Jupiter.”

The existence of a large gas planet so close to its star was quite a shock to secular astronomers. Secular models of planet formation predicted that other solar systems would be in essence like ours: with the small rocky planets (like Venus and Earth) orbiting relatively close to their stars, and the big gas giant planets (such as Jupiter) orbiting much farther away.

Indeed, it was thought to be virtually impossible to have a gas giant so close to the star since secular scenarios require that gas giants begin with icy cores, which cannot exist so close to a star.4 So it is interesting that the very first planet discovered orbiting a solar-type star defied the secular prediction.

Since 51 Pegasi b went against secular predictions, it was considered an anomaly at first. However, many other “hot Jupiters” have since been discovered. In fact, far more hot Jupiters have been discovered than other type of planet.

This finding is at least partly explained by the limitations in the method for detecting extrasolar planets. It is far easier to find hot Jupiters than smaller or more distant planets.5 So many smaller exoplanets in larger orbits have probably not yet been discovered. Nonetheless, the fact that hot Jupiters exist at all is a challenge to the secular models. However, it is perfectly consistent with the creative diversity we expect from the Lord.

Another aspect of exoplanets that challenges secular scenarios is the eccentricity of their orbits. “Eccentricity” describes how elliptical their orbits are. The planets in our solar system have very low eccentricity, which means their orbits are nearly circular. (This is a design feature, because life on earth would not be possible if our distance from the sun changed dramatically.)

Secular astronomers were expecting other stellar systems to have nearly circular orbits like ours, since they believe stellar systems have formed from rotating gas clouds. Yet many exoplanets have orbits that are quite elliptical.

Although extrasolar planets challenge the secular understanding of the universe, they are consistent with the creative diversity of the Lord. God has created some very intriguing and unexpected types of star systems, which do not fit into astronomers’ preconceived boxes of what’s possible or “likely.”

For instance, the exoplanet PSR B1620-26 b orbits two “dead” stars—a white dwarf and pulsar binary pair.6 At least one exoplanet appears to orbit its star backwards (which is rather difficult to explain in terms of secular formation scenarios).7

And yet for all we’ve discovered about extrasolar planets, there is much more that we do not know. Only a few exoplanets have been directly imaged (see Figure 1), and even these show only a small blip.

So we don’t yet know what any exoplanet looks like in detail. Research on planets beyond our solar system is still in its infancy. It is exciting to consider the discoveries that await us over the next decades, and how these will continue to reflect the glory of God.

Since research on planets outside of our solar system is still in its infancy, there is much more that we do not know. Only a few planets have been directly imaged, and even these show only a small blip. As we discover more, secular models of planet formation are challenged. At the same time the Creator’s glory is reflected in the unexpected variety we find. 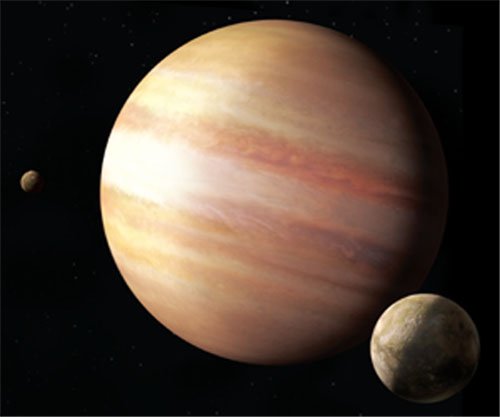 HOT JUPITERS Many of the extrasolar planets discovered are referred to as “hot Jupiters.” According to the naturalistic explanation these gas giants should not have formed so close to their stars. 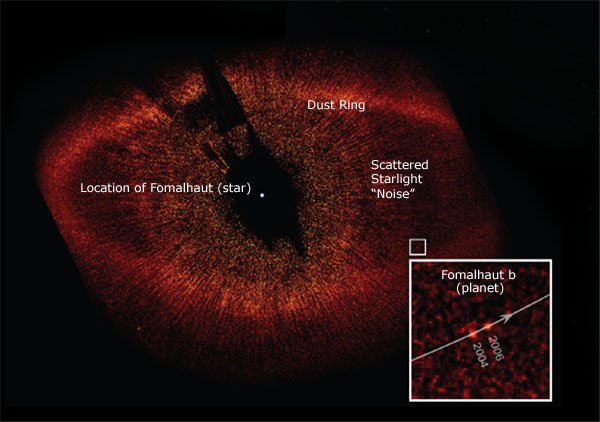 IMAGING A PLANET (FIGURE 1) Fomalhaut b is one of only a handful of exoplanets that have been directly imaged. The planet is suspected to have rings because of its brightness in visible wavelengths.

Since we do not have high-resolution images of any exoplanet, we can only make educated guesses about their appearance. In some cases, we have very little information at all. Future research may shed light on this interesting issue.