You may have seen the amazing TV footage that dramatically showed the S-W 3 comet breaking apart, but it’s doubtful that you heard the media say anything about its devastating implications for the evolutionary beliefs about our solar system’s age.

Most astronomers claim that comets are the remains of the solar system’s formation some 4.6 billion years ago. The quandary for those who accept an old age for the solar system and universe is this: As comets circle the sun, heat and other processes cause them to disintegrate. Because they shed so much material during each pass around the sun, comets could not possibly last for millions (much less billions) of years. In fact, there is no way that comets could survive much longer than about 100,000 years.1

This evidence is powerfully consistent with their relatively recent creation, as the biblical chronology shows. 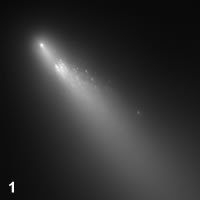 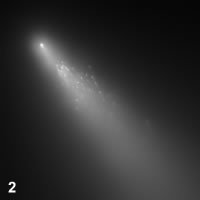 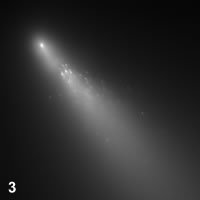 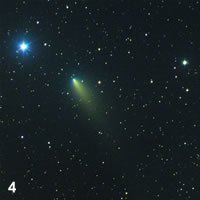 These four time-lapse images show the disintegration of the Schwassmann–Wachmann 3 (S-W 3) comet. This comet has been disintegrating over the past several decades. The Hubble telescope captured detailed photos of its breakup.